India's digital gaming industry is on steroids. But making money out of the craze is still a challenge for companies.
K.T.P. Radhika | Print Edition: October 7, 2018 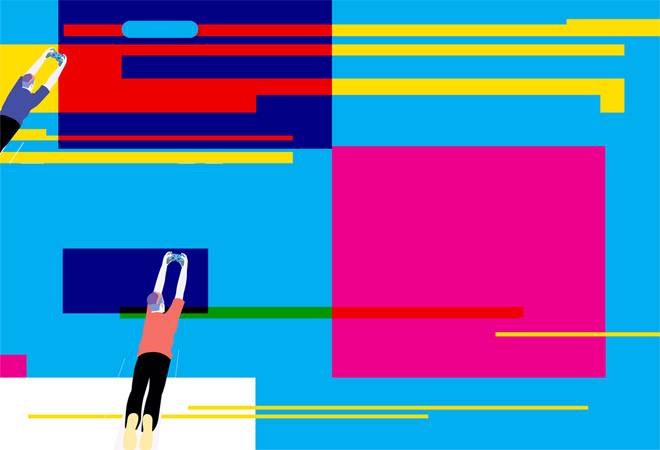 As a teenager, Jeet Rajesh Kundra loved playing games on his mobile. His parents worried that his obsession would affect his studies. Kundra, based in Mumbai, was planning to pursue a degree in commerce. But soon his life made what gamers would call a 'crouch jump' as he started playing more serious games, winning gaming competitions, grabbing attention of gaming companies.

In 2016, he dropped out of college to take up gaming as a career. The 22-year-old is now a leading player of Dota 2, a multiplayer video game, and a professional gamer with Horizon Sports India, a digital gaming company. "Making a living from playing games is a dream come true," says Kundra, whose team recently won the famed ESL Indian Master's tournament held in Mumbai. "My next aim is to win an international tournament," he says.

Kundra's story has come at a turning point in the history of gaming in India. The gaming market is growing like never before and, with global gaming giants such as Yoozoo, Alibaba-backed Paytm and Tencent investing in India, many youngsters such as Kundra are taking up gaming as a career. "When I started playing casual games, hardly anyone thought of it as a career, but with new gaming leagues and sponsors, the scene has changed," he says.

Industry watchers say the digital gaming industry is maturing in India. "Unlike gamers in mature markets such as China, Japan, the US and the UK, Indian gamers were majorly casual gamers," says Rajan Navani, Vice Chairman and Managing Director at JetSynthesys, a part of the JetLine Group of Companies which creates digital products and platforms for the mobile industry. "However, over the past two years, we have seen a significant increase in the number of hardcore professional gamers."

The global digital gaming market is growing at a compounded annual growth rate of 19 per cent and will be worth $275 billion by 2022, estimates Netscribes, a market intelligence firm. The India market, with revenues of $338.4 million in 2017, is estimated to reach $1.1 billion by 2021, says a report by research agency Frost & Sullivan. The market has accelerated over the past few years, majorly driven by mobile gamers, says Vidya S. Nath, Senior Research Director, Digital Media Practice, Frost & Sullivan. "At present, we have 160 million mobile gamers, and this is likely to grow to nearly 380 million by 2021," she says.

"In the past, the electronic and mobile gaming culture was out of reach for majority of Indians because of high cost of console devices, smartphones and data," says Harsh Jain, CEO & Co-Founder of Dream11, a Mumbai-based fantasy sports gaming company. This is changing fast. "More affordable smartphone devices are coming into the market now, and given their high rate of adoption, online gaming has found a lot of takers in the past two years," says Jain. Anuj Tandon, CEO of Yoozoo Games India, agrees. "In most developed markets, serious gamers have played games as children on PCs or consoles. But in India, not many people played games before the smartphone era. So, we cannot expect them to be serious gamers in these initial years," he says. Yoozoo is a Shanghai-based gaming company which started India operations last year. "India is a casual gaming market," says Manish Agarwal, CEO of Mumbai's Nazara Technologies. That said, the past 18 months have seen more Indians playing multiplayer games than ever - the number of daily active users tripled during this period. "The time spent gaming has grown exponentially from an average of 5-10 minutes to 30 minutes," says Agarwal. Nazara is set to become the first gaming company in India to go for an initial public offer or IPO.

One part of the market that is especially booming is Esports. "India has a captive esports audience of over 30 million. We rank 17th in the global market," says Mujahid Rupani, Co-founder and CEO, Cobx Gaming, an esports company. "Being a young market, we have a handful of promising teams that are competing well in global esports and gaming leagues," he says. "As they gain popularity, brands that ride the wave are set to see big returns." 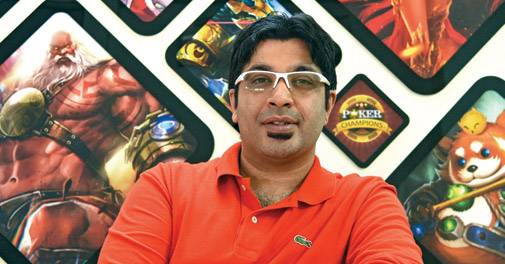 Esports tournaments organised by Indian companies have at present more than 120 million online gamers. Companies are planning to tap the opportunity. Esports firms such as COBX, Apus, UC Sports and Nazara are making huge investments in this space. "With high speed video streaming and bandwidth increasing, the esports market is set to grab a bigger audience in India," says Agarwal of Nazara.

With the market expanding, a number of global gaming companies are setting up shop in India. "Investments have been prolific over the past five years. Recently, we have seen major companies driving investments to consolidate their base," says Nath of Frost & Sullivan.

"What is happening in India now is exactly what happened in China seven years ago," says Tao Li, Founder and Executive Director, APUS, a Beijing-based gaming company. But, say experts, India will not take more than four-five years to reach where China is today. APUS recently launched Go Millionaire, a quizzing game, in the Indian market.

Yoozoo Games entered India last year by launching local Indian casual strategy games. The company is reportedly investing $10 million to create local games and is scouting for acquisitions and partnerships. "Globally, gaming is a bigger industry than Hollywood and the music industry. In India also, the market is huge, but monetisation is low. It is a strategic market for global gaming companies," says Tandon of Yoozoo. The company has launched two games in Indian market and reported six million downloads so far. "We are witnessing growth of 20 per cent month-on-month and planning to launch three more games this year," he adds.

Chinese company Tencent Games, the largest video gaming company in the world by revenues, is also building its India team and reportedly planning to invest $200 million in the country in the first phase. Tencent owns 'Honour of Kings', said to be the most popular game in China and the most profitable game globally. 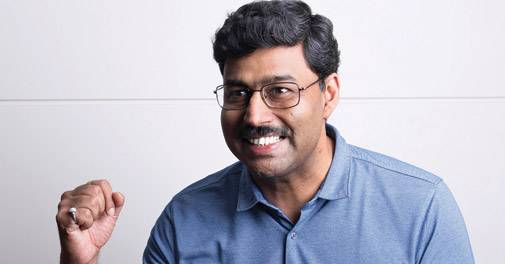 Indian gaming companies have also partnered with many foreign players for developing quality games. Jetsynthesys has tied up with Japanese company GreeJapan to develop games for a global audience. "?Creating local content, especially games involving cricket, with global quality will work better in India," says Navani of JetSynthesys. Vietnam-based Stom Studio has entered into a multi-year partnership with Indian game publisher Gamesbond to develop and publish arcade and casual games.

Nazara Technologies recently got a Rs 510 crore investment from IIFL Asset Management and a private investor. Germany-based esports major, ESL, has also invested in Nazara. To tap the virtual reality, or VR, gaming market, the company recently invested in Bangalore-based VR gaming company InstaSportz. Nazara is planning to raise around $156.5 million through an IPO.

JetSynthesys has raised funds from a group of private investors and, along with parent company Jetline, invested up to $30 million in the business, while Tencent is reportedly in talks with Dream11 to invest around $100 million in the company. New Delhi-based GamingMonk last year raised funding from Noida-based VC firm AdvantEdge Capital Partners to launch a gaming subscription portal.

"We are seeing huge growth in hardcore gaming, especially PC gaming, and increase in the esports market," says Jain of Dream11. A few years ago, Dream 11 was one of the very few fantasy gaming platforms in India. The number has now gone up to 70. "Our user base has grown from 3,00,000 in 2015 to 3.8 crore," he claims. The company plans to increase the user base to 10 crore by 2020.

Gaming companies are using-cutting edge technologies. Many are experimenting with VR, augmented reality, or AR, and artificial intelligence or AI. "AI was there in gaming for so long in some form or other. With the advancements, it is now helping in personalisation," says Navani. AR games such as Pokemon Go have been a huge hit in India. VR and AR are helping improve the look and feel of the games.

Another aspect is the growth in gaming hardware. "We have seen the biggest advancement in thermals because of which gaming laptops and PCs have become more sleek and stylish," says Chandrahas Panigrahi, CMO & Consumer Business Head, Acer. "Hardware makers are incorporating more features. On the market side, we have started seeing more action since the last four quarters. Acer is experiencing 20 per cent growth YoY for its gaming laptops and PCs. Acer's rival, Asus, is also looking to expand its gaming reach." The company, which currently has 22 per cent market share in the gaming PC market, expects to take it to 30 per cent by December.

One of the major challenges in India is that the domestic market is still dominated by casual gamers. This is affecting monetisation, say experts. "Online gamers with limited mobile payment options and low online entertainment spends are behind low monetisation levels," says Rupani of Cobx.

"Most people are reluctant to pay for mobile games. Also, downloading large file-sized games is still a problem here. Monetisation is thus a big issue for both local and global mobile game developers entering the Indian market," says Tandon of Yoozoo. "Downloads are high in India. However, many freemium games have only 1 per cent conversion rate. We are devising plans to improve it. The subscription method is one option," he says.

Even if the Indian companies make money, the domestic market has not started making large gaming titles, which is affecting the visibility of Indian companies in the global market. This is affecting scalability. "The influence of the Indian gaming industry in the global market is still not known because we are not creating global titles. So, even if many companies are profitable, many are not scalable," says Navani. Another challenge is lack of good talent. "We have enough good quality engineering talent in the domestic market. However, we lack in design," he says. There is also lack of platforms to reach to and attract the masses, even for good quality games, according to industry experts.

Still, experts exude enthusiasm. "Gaming is set to go mainstream and we will have our own gaming heroes soon," says Agarwal of Nazara Technologies. "This is the golden age of gaming in India, and in next two-three years, we can see a lot of action in this space," says Agarwal.

(The writer is a Chennai-based freelance journalist)