India and the US have major differences on trade and strategic matters, but they are also trying to accommodate each other There was more than usual interest among Indian diplomats in the deliberations of the US Senate in the first week of July. Amendments to the US's National Defence Authorisation Act were being debated, one of which would put India, from the US perspective, almost on a par with members of the North Atlantic Treaty Organization (NATO) in defence matters. Its provisions provide the US the legal framework it needs to increase cooperation with India on counterterrorism, maritime security and humanitarian assistance. The Bill, ratified by the Senate, is now before the House of Representatives, which is likely to take it up before it adjourns for its August recess. Though the original Bill, which would have given India de facto NATO ally status was somewhat watered down, it is still a big step towards strengthening the strategic alliance between the US and India.

Back in India, US e-commerce companies like Amazon and Walmart have been complaining ever since the commerce and industry ministry issued the controversial "Press Note 2" in December 2018. It restricts them to being only marketplaces, on which retailers can sell their products, restraining them from selling directly to customers or even holding equity in retailers which use their platform. They can thus no longer influence the selling by offering steep discounts, or sell particular products exclusively, as they used to earlier. The government has also demanded that such companies keep their data on local transactions on servers located within India. However, with the formation of a new government and new Commerce Minister Piyush Goyal taking over, a new e-commerce policy is being formulated. While this policy does not budge from the earlier position on issues of deep discounts and predatory pricing, it has excluded the matter of data localisation, which will be tackled in the Data Privacy Bill being prepared by the IT ministry. Goyal has also said that he is ready to discuss all other issues.

These two instances illustrate the state of current India-US relations, which remain close but are beset with disagreements, as best explained by US Secretary of State Mike Pompeo during his recent India visit when he said: "Friends can have differences." The US has also been objecting to India setting up a non-profit public credit registry, a repository of all loans taken by individuals and corporate houses in the country, on the grounds that this will work against the four private credit registries that are already operating in India. Of the four, TransUnion CIBIL and Equifax Credit Information Services are US companies, while the other two, Experian Credit Information and CRIF High Mark Credit Information Services, though headquartered elsewhere, have much business in US, too. A public credit registry was first suggested by a Reserve Bank of India committee in April last year as an early warning system to prevent non-performing assets, but its strongest proponent was former RBI Deputy Governor Viral Acharya. With Acharya resigning in late June, its setting up is likely to be delayed, more so because the finance ministry was not as enthusiastic as he and wanted more stakeholder consultations first.

One of the US's current priorities is isolating Iran and enforcing its sanctions against it strictly. But though the deadline for India to stop buying oil from Iran passed in end-May, it has not reacted sharply to India failing to completely cease the imports. More importantly, Chabahar port in Iran, in which India has invested heavily - both financially and diplomatically - has been kept out of the ambit of Iran sanctions as long as the goods traded are not intended for Iran. India's Chabahar investment was mainly to provide an alternative corridor for trade to landlocked Afghanistan, by-passing Pakistan, and the US has no intention of stopping that. So too, the US wants Chinese firm Huawei excluded from Indian contracts, and India is going slow on including Huawei in its forthcoming 5G spectrum rollout plan.

US President Donald Trump has continued to gripe about India's high tariffs, even tweeting about it hours before he met Prime Minister Narendra Modi on the sidelines of the G20 summit in Osaka, Japan, in end-June. India recently increased its tariffs on 28 products, including almonds, apples and diagnostic reagents. India has stuck to its position, pointing out that its tariff increases are within the bound rates and agreed mechanisms of the World Trade Organization, and that US, too, has been raising its own tariffs on several products. India is also upset about the tightening of norms in issuing H1B and business visas to Indian professionals, the US stance on patents and intellectual property rights and its unwillingness to treat India as a developing economy for trade purposes. The US has excluded India from its list of countries entitled to concessional tariffs under its Generalised System of Preferences. India's increase in tariffs is mainly in retaliation for this, where Goyal has informed Parliament that India will gain $217 million as a result. President Trump has been targeting all economies with which the US has a trade deficit, and that includes India, which had a $20-billion goods trade surplus with the US in 2018, but negotiations are on to end these differences.

After Pompeo's India visit and Modi's meeting with Trump in Osaka, trade relations between India and US are being further strengthened by the visit of two senior US Trade Representative officials, Chris Wilson and Brendan Lynch, to New Delhi in mid-July. Their talks will prepare the ground for a meeting between Piyush Goyal and Wilbur Ross, US Commerce Secretary, later this year. Among other domestic pressures, the Rashtriya Swayamsevak Sangh (RSS) - the BJP's ideological parent - is also opposed to any climbdown in India's position. "Our internal survey has shown that the increase in tariffs is benefitting Indian players," says Ashwani Mahajan, National Co-convener, Swadeshi Jagran Manch, the RSS's think-tank on economic issues. "There is a great potential to incentivise local players and develop them." Mahajan has already been critical of the commerce ministry's decision not to insist on data localisation. But it is still expected that the new five-year foreign trade policy the commerce ministry is working on, and which will come into effect from 2020/21, will address some of the US concerns. 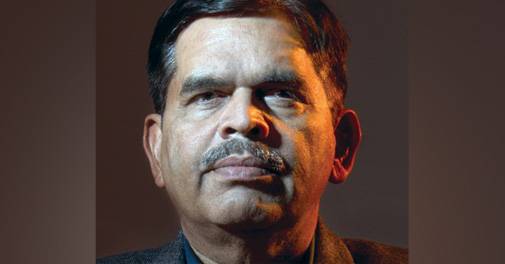 On security issues, the US's support for India has been unflinching, especially after the Pulwama attack in February this year - taking India's side in several multilateral forums which discussed the matter, getting Pakistan grilled by the global body Financial Action Task Force, convincing China to drop its technical objections to Masood Azhar, chief of JEM, which took responsibility for the Pulwama killings, being termed a global terrorist. Though trade is a separate matter, India-US differences in this sphere, too, should not be allowed to widen too much as they could undermine the gains made in the strategic arena, experts feel. Already, the US attitude towards Russia, Iran and Afghanistan is set to affect Indian interests, which will not be compensated by the priority it gives India in the Indo-Pacific context, in its bid to contain China.

"The risk of drift in the India-US bilateral relationship is real if both sides fail to address their current disagreements," says a top diplomat. "There is no doubt that Trump is deeply transactional." Ashley J. Tellis, Senior Fellow at the Washington think-tank, Carnegie Endowment for International Peace, feels the Trump administration is schizophrenic about India. "It is strongly supportive of strengthening India's military capabilities to balance China's rise, but at the same time it is pressing New Delhi hard to change its economic policies to benefit the US," he says. "This will continue as long as Trump is in office."

India's goods trade surplus with the US has risen from $4 billion in 2009 to $20 billion in 2018. It crossed $10 billion in the first five months of 2019. Adding trade in services, the total surplus would be $24.2 billion. But the trend may change in coming years with SpiceJet set to buy nearly 100 Boeing 737 MAX aircraft - 20 of them are likely to be bought this year itself - and India's oil companies buying from US to compensate for the reduction of supplies from Iran. To impress upon the US that it has other gains from India, officials have pointed out that Indian students comprise 18-20 per cent of all foreign students in the US and spend around $10 billion there annually. Indian tourists to the US are also a considerable number. "While looking at the trade surplus, these elements should also be considered," says a senior commerce ministry official.

The US also wants a bigger role for its companies in India's defence manufacturing. The procurement of arms and ammunition is kept out of the trade balance sheet but commerce ministry notes that many of the components will require imports, which US companies could compete to provide, thereby improving the country's trade balance vis-a-vis India. With Trump set to seek re-election in 2020, he would want to refurbish his image as a tough negotiator, and continue to be hard on India. "The Trump administration has been very difficult to negotiate with," says Kanwal Sibal, former foreign secretary. "India must remain aggressive on trade issues and make the Trump administration realise that tariffs are much more complex matters than bilateral conversations." He pointed out that if India lowered tariffs, there was no guarantee the US would be beneficiary. "If tariffs are lowered, China might be in a better position to take advantage than many of the American players," he added. Indian diplomats further noted that Washington has challenged the dispute redressal mechanism of the WTO, and is insisting on bilateral negotiations. But overall, experts believe the Trump administration is ready to allow New Delhi breathing space to deal with the geopolitical issues related to Russia, Iran and Afghanistan, and find solutions to the trade challenges.