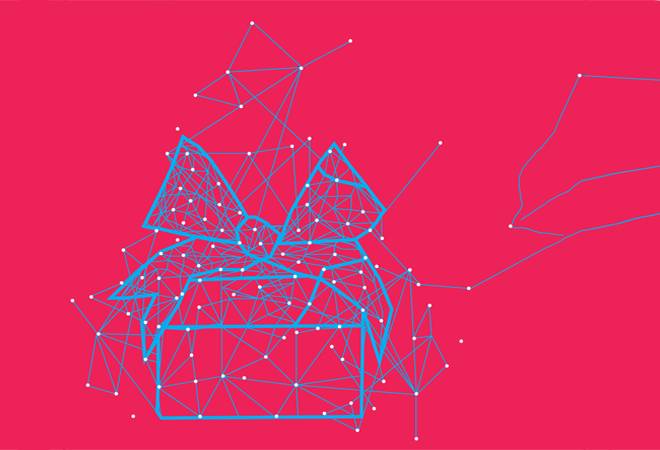 When Chennai-based Sreenath TP completed 10 years at an IT MNC last year, the company gave him an HDFC Gift Plus card. "Earlier, we used to get food coupons or other merchandise as gifts," he says. A digital gift card with pre-loaded cash is much more "handy, offers wider options for redeeming, and has better security features". It worked "like an ATM card, had a PIN and could be used at all Visa merchants".

Like Sreenath's employer, many companies have started distributing digital gift cards for rewarding employees, festival gifting and giving incentives to channel/sales partners. These cards are also becoming a trend in the personal gifting space.

The format of digital gift cards is similar to that of debit and credit cards. They have a PIN, a 16-digit card number and a CVV number generated in real time. They can be purchased and delivered over SMS, WhatsApp or e-mail. "The demand is growing among businesses. Our studies reveal 70 per cent employees prefer to receive rewards and incentives through digital gift cards rather than traditional merchandise," says Pratap T.P., Co-founder of Bangalore-based gift management platform Qwikcilver (payments platform company Pine Labs acquired Qwikcilver for $110 million on March 19, 2019). 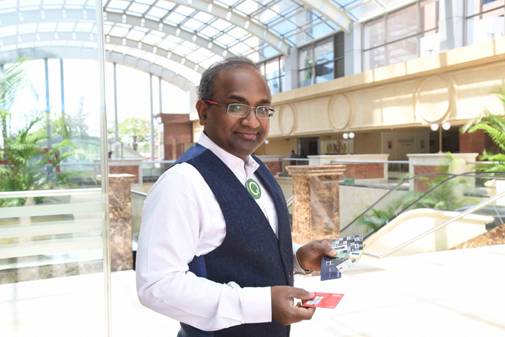 "This is because it offers flexibility and versatility of cash and can be clubbed with cash payments and discounts," he says. 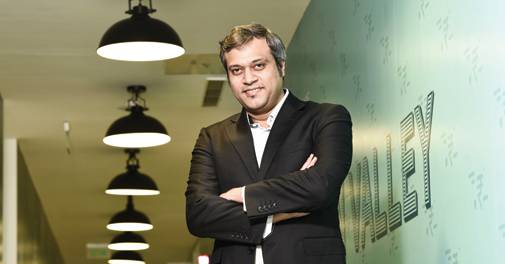 Bangalore-based logistics start-up Pikkol sent over 1,200 e-gift cards as a token of customer appreciation last year. "It is a smooth option for group gifting, easy to send, and with a wide number of choices, we can pick the card best suited for our customers. The internal data shows that our customer satisfaction level rose more than 30 per cent last year," says Abhilash Manappat, Digital Marketing Consultant, Pikkol.

The size of the digital gift card market in India has touched $1.5 billion in the past few years. These cards now account for a big chunk of business of big brands. Most big brands such as Lifestyle and Amazon say they are contributing more and more to their efforts at increasing consumer loyalty and brand awareness and will account for a much higher chunk of their sales in the coming years.

Industry estimates show the digital gifting market for any lifestyle brand is 5-15 per cent of its total business on an average. For some sectors such as travel, hospitality and fashion, the figure is much higher. For example, Landmark Group's retail fashion brand Lifestyle says 40 per cent of its sales are being generated from digital cards.

"We launched digital gift cards three years ago. They comprise a large part of our customer base. The primary reason is that the card offers an improved shopping experience and can be redeemed on our online platforms, the group's other stores such as Max and Home Centre, apart from Lifestyle. This provides consumers omnichannel experience and convenience," says Srinivas Rao, Senior Vice President (Marketing), Lifestyle.

Over the past five years, most leading brands in India have launched digital gift vouchers and notched up over 100 billion consumers (both gifted and accepted) till date, according to a white paper released by Qwikcilver. Started in 2009, and backed by companies like Amazon, Helion and Accel India, the company provides support to more than 170 brands in India, including Amazon, Flipkart, Shoppers Stop, PVR, Titan and MakeMyTrip, and has presence in 18 countries, including West Asia. "Gift cards also help brands sell their premium products," says Pratap.

Digital cards have caught on in personal gifting space, too. "You can personalise a gift and send it to anyone anywhere," says Firoz Khan, CEO of gifting solutions company GiftCardsIndia. For example, you can design a card in Hindi with photos/videos of your mother and gift it to her on Mother's Day.

It is convenient and trendy, says New Delhi-based advertising professional Manu Mehta. "Last year, for Rakhabandhan, I gifted digital cards to my sisters as I was away from home. It was instant. Apart from loyalty points, I got additional discounts," he says. Digital cards are also being used to gift experiences. "You can gift a MakeMyTrip gift card or a Taj Hotel card to a friend for his wedding," says Ashok Reddy, Founder of coupons and deals start-up GrabOn.

According to industry experts, India's gifting culture makes it a big market for digital gifting solutions. "The sheer diversity of festivals and the way we celebrate weddings and anniversaries mean gifting as a market is very exciting in India," says Shariq Plasticwala, Director, Amazon Payments. "We started digital cards four years back. Every year, we have grown around 100 per cent year on year," he says. According to the company, one out of every 10 customers who buy from Amazon uses a digital gift card. If one includes companies, this becomes two out of 10. For the Amazon Pay card, one of the most popular, the average value customers choose is Rs 1,200-1,800, while the value of gift cards purchased by corporates for channel incentives is around Rs 5,000. Amazon now allows its card to be used at other online merchants like BookMyShow as well.

The gifting industry has witnessed huge growth in the past few years. Market research firm Persistence Market Research projects that the global gift card market will touch $698 billion by 2024, from $307 billion in 2017, by growing 11 per cent year on year. The Indian market will be one of the strongest contributors to this growth, say insiders. According to Qwikcilver, the gifting market in India is estimated at $50-65 billion (more than Rs 4,20,000 crore), and growing at a fast clip. The digital gifting card market is estimated to be around $1.5 billion (over Rs 10,000 core).

A study by Woohoo.in, Qwikcilver's online gifting platform, found that between 2017 and 2018, the gift card market grew 2.5 times. "Close to 90 per cent gift card purchase transactions across India were done via mobile, and interestingly e-gift cards are in higher demand in Tier-II and Tier-III cities, with 95 per cent of the transactions done digitally," says the study. 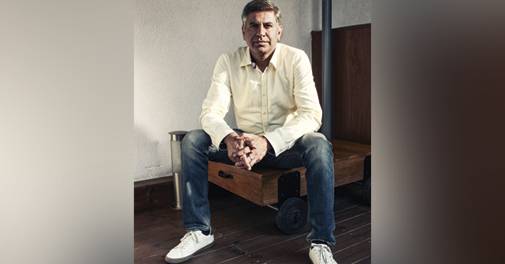 There is immense scope to grow. "The Indian digital gifting market is predominantly led by corporate customers. At present, only 10 per cent is personal gifting. Of this, 80 per cent is occasional gifting. With technology growing, non-occasional personal gifting has a higher growth rate," says Arvind Prabhakar, Founder and CEO, GyFTR, a wholly-owned subsidiary of Singapore-based gifting solutions provider Vouchagram, which manages gifting card solutions of more than 100 brands and a few banks. Started in 2012, the company claims to have grown more than 100 per cent year on year.

The ticket size of the average gift card rose 20 per cent to Rs 3,000 last year. And around 85 per cent buyers were less than 35 years of age. "Sector wise we are witnessing high demand for e-commerce, grocery and fashion. E-commerce gift card purchases have grown four times since 2017, while fashion and grocery have doubled and tripled, respectively," says Pratap.

That said, only 2 per cent of the gifting market in India is digital at present. In the next five years, it will be 10 per cent. "We have barely scratched the surface," says Reddy of GrabOn. "In the last one year, the percentage of bank gift card transactions has come down and use of digital cards by brands has gone up significantly. We did almost 1.5 lakh digital card transactions in the third quarter of this financial year," he says.

The digital market is also making people change their traditional gifting behaviour. "Instead of gifting a furniture set for a wedding, people are now gifting a Pepperfry gift card," he says.

Innovation in technology is helping players make gift cards popular. Based on usage, the cards are broadly categorised as closed-loop, semi-closed loop and open-loop cards. While closed-loop cards can only be redeemed at one brand store, the semi-loop ones can be used at multiple brands of the same company. Open-loop cards such as Visa can be redeemed at all acceptance points.

"With advanced technology in place, the cards are secure," says Pratap of Qwikcilver. Codes are generated real time through algorithms. The payment is made through digital channels, after which the card is activated. It will go only to the recipient and that too directly from the system. "If it goes to a different person, it can be blocked. We also have other checks and balances in place," he says.

The issuing brand decides the terms and conditions for usage. For instance, some allow consumers to buy or sell unused gift cards and convert loyalty points from banks and non-banking financial companies into digital money, which can be used at partner outlets.

"Indians have traditionally believed in cash, and a shift to digital gifting will take time," says Khan of GiftCardsIndia. Plasticwala says awareness has to be increased. "In advanced markets such as the US, gift cards are accepted in many more outlets than in emerging markets like India. But if we look at the lifecycle of the evolution of the cards, the Indian market has a lot of scope." To increase its reach, Amazon recently reduced the lower limit of its Pay gift card from Rs 1,000 to Rs 500 and introduced cards in local languages.

Another hurdle is the rules. "Regulations keep changing and are different for open, semi and closed loop cards. The limit also keeps varying from time to time. For example, you need KYC for transactions above Rs 10,000. If some regulations can be eased, the market will grow at a higher rate," says Reddy of GrabOn. Experts bat for ease of doing mini-micro transactions.

Industry leaders say non-occasional gifting such as surprise gifting or congratulatory gifting will transcend traditional gifting occasions such as festivals. Travel gift cards will also drive consumption and categories such as food and beverages, jewellery and entertainment are expected to grow five times this year, predicts Woohoo. To compete with cash gifting, Amazon is expanding its range of use cases for its Pay gift card.

Companies are also trying to expand portfolios. While Qwikcilver is aiming to add newer segments such as jewellery and health care, GiftCardsIndia is planning to double its market share by 2020. "We are planning to distribute 20 million cards by next year," says Khan of GiftCardsIndia. With the market getting more exciting, the gifting industry in general and the digital gift card industry, in particular, are set to see more festivities in the near future.