For Us It's Not About Volume, It's About Quality Over Quantity 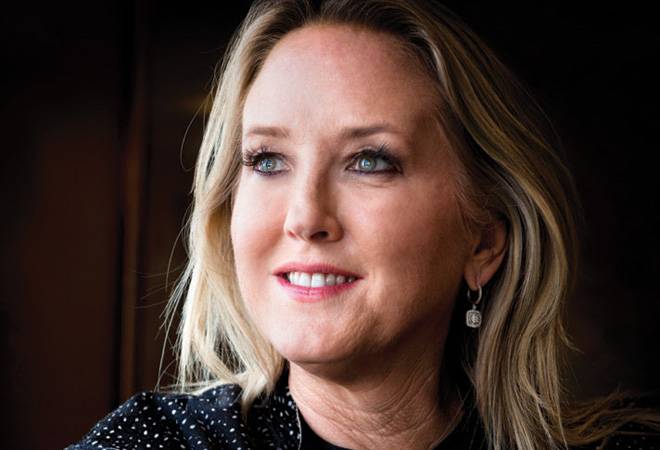 Jennifer Salke joined as head of Amazon Prime Video over a year ago. Since last year, the former NBC president has been positioning Amazon Prime Video as a global home for high-quality content. She has spent the last few months strengthening not just the pipeline of original shows but also building the studio business. Salke talks to BT's Ajita Shashidhar about her vision for Amazon Prime Video and says unlike Netflix - which doesn't believe in theatrical revenues - Amazon Prime Video will offer a combination of theatrical and direct-to-screen offerings. Edited excerpts:

You came from NBC, a traditional broadcast network. How different is it to work for a digital entertainment platform?

I was in Fox for 10 years before I went to NBC. They are all the same in the sense that you are looking for inspired voices and good content. It is about keeping the creative process at the centre of everything we do. However, it's freeing not be held to the network's schedule in the same way and have a global audience. That part has been incredible. I have learnt a lot.

I love building culture, I love meeting people. For me, it's great to be able to meet so many people from all over the world. I didn't have that opportunity in my previous positions. We are building talent not just in the US. We are a global hub for talent.

How different is story-telling on an OTT platform?

I was in front, roll-up-your-sleeves positions for so many great shows from Glee to Modern Family to The Blacklist. I was part of shows which were creatively excellent and original and ended up reaching a global audience. I ended up realising you never know where the next hit is coming from. A big hit can come coming from ABC or Disney next year or from Hulu, Netflix or us. The platforms are new but evolving. The playing field is getting more level, but I think we have been able to think more ambitiously, more globally. We are doing a show with Joe and Anthony Russo - the brothers who have done many Marvel movies. We are collaborating on a big global spy series with them, an ensemble series with a diverse cast, and have announced shows in India.

I have heard writers say they watched the show Breathe (an Indian original) and loved it. They have no connection to Indian originals but still liked the show. Every culture has its sensitivities, but at the end of the day, it's about characters, characters you care about. I feel that crosses all cultures and lines.

Your biggest competitor in the US is Netflix, but outside the US, Amazon Prime Video has taken over Netflix in many markets. Will international strategy be the way forward for you?

Yeah, it is the key way forward. We are in the middle of a global expansion into so many countries. However, India has always been an important, huge market for us. We were here early. The best artistes are working with us here. We have announced seven new shows. You can look forward to more global expansions. We have this show, Hanna, which came out of Europe and is a big hit. It was promoted in the Super Bowl, it's a huge opportunity. The way we are looking at content, it doesn't matter where it has come from. If it's great content we are going to get behind it in a global way. The other thing that is important to know is that for us it's not about volumes, it's about quality over quantity. For us, global presence is an extension of our home for talent, which is building relationship with talent, not in a way that involves micromanaging creativity but in a way that is supportive and collaborative. It's not so much a transactional arrangement, it's very much about building relationships with talent that we hope comes back and creates more shows for us.

Which are the markets other than India where you see potential?

We see huge potential in Europe, in countries such as Italy. We are making shows in Latin America. We have a great operation in Japan. We are investing heavily in content in US, adding to shows such as Homecoming and Jack Ryan. We have a movie slate as well. We have announced 20 new shows, of which seven are from this market.

Can you tell us about your upcoming Indian show?

Akshay Kumar is the star of the show. It's been about cultivating a long relationship with him. It's an action-thriller. It will have superhigh production value, interesting characters. It will have high stakes. It is being produced by Abundantia Entertainment. There will be multiple seasons.

Is there any particular film of Akshay Kumar that you liked?

We watched all the films he has done on social issues (Toilet, Ek Prem Katha and Padman) and I was in tears. We hope to do more such shows with him.

You have been acquiring films in festivals such as Sundance. What is the intent?

When we went to Sundance, I decided that if I find something the customers love, I should move aggressively to get those things. I saw films like Late Night, Brittany Runs a Marathon, Honey Boy and One Child Nation. There is a large variety, but mostly Late Night and Brittany Runs a Marathon were crowd-pleaser movies. I was happy with the slate we ended up with. We have varied release strategies for them, but all of them will be seen in theatres. We announced the Director's Service strategy, and that's a very specific strategy to just release movies on the platform that we will market in a programmatic way. If a movie comes through that pathway, and we feel it should have a theatrical release, we will pivot towards that. We are not there yet but continue to move ahead with that strategy. We could end up sourcing movies from other places as well. We haven't started but there will be 18-24 movies a year.

How many original shows and movies do you plan in a year?

We are not committing to a number but expect to produce 6-10 original movies in-house in a year, in addition to our acquisitions. This is on the top of our direct-to-service. The really important part of our business is the one-hour series which are thrillers and keep you on the edge of your seat. We have limited series, comedies, documentaries, big global unscripted shows that are also coming out (three-four of them are under production) and then we have the movie slate. The idea is to make Amazon Prime Video a home for good talent. We can be working with people like John Piel, who created Get Out. He is making a show called Hunt for us, which is a one-hour series, a thriller. He also did Darky Drama. It's all about where the content fits best. It's not about how many (shows) are there in each bucket.

How different are you from Netflix?

What's different about us is the curation. It's a customer-focussed strategy, delivering shows to our customers that are about quality and not quantity. We may not have as many shows as Netflix, but would like to stay on by the quality of our shows and global marketing of these shows. I am a fan of a lot of Netflix shows. I don't want to put down Netflix, but they are in the volume business and we are in a different kind of business.

When you develop a concept for an original show or a movie, what goes into it? How different is it from a film or a TV show?

We decide whether a story feels like a movie or a limited series. Does it feel like a theatrically released movie? We are able to look at all these options and that is what's great about being part of this company. All doors are open to you.

How has the platform business evol- ved in the last three years in India? When you came in, there was only Hotstar and SonyLiv, which at that point was just catch-up television

It is definitely evolving. In the first stage, it was about the kind of content we were looking for. Can you put the stuff in India or globally? The questions asked were pretty nascent. They would ask questions such as if we do a show with you, how are you going to promote it? Are you going to put ads in the paper? Once we came out with Inside Edge and Breathe, they realised we were going big, as big as a feature film. That part of the conversation is much easier now. Now the discussion is more on the lines of having a great collaboration. It's no longer transactional.

In terms of subscription revenue, India is one of the cheapest markets for Amazon, and you are making huge investments in content. How far is profitability?

The cool thing about being part of this company is that we are not a single business company. We have retail business, publishing business. It's wonderful that Prime offers all these benefits, and it's not a simple plus and minus kind of business. It's about enhancing and building Prime. We are lucky that we are supported in being creative.

Where do you see Amazon Prime Video three years from now?

Globally, I would like to see Amazon Prime as a place where people are happy to work. I want more women within the company, because we are expanding this home for talent.