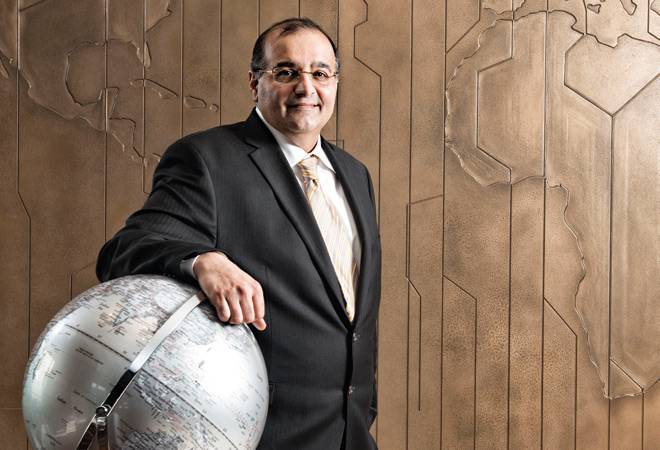 In Ruskin Bond's short story The Boy Who Broke the Bank, a boy working as a sweeper at a bank causes its collapse after the manager is unable to pay his salary on time. Soon the rumour spreads that the bank has run out of money. Customers queue up in large numbers demanding repayment of their deposits. Since the nearest bank is 30 miles away, the manager is unable to get emergency funds to meet the demand. The crowd gets unruly, someone hurls a brick at the bank's window and there is chaos all around. That's the end of the Pipalnagar Bank.

The financial services industry runs on the principle of confidence. Any rumour indicating drying up of funds can bring the confidence crashing down. Dewan Housing Finance (DHFL), a 35-year-old housing finance company (HFC), began its journey downhill with a crisis of confidence resulting from a repayment default by IL&FS in September last year. What compounded DHFL's problems, however, was its aggressive bet on growth, backed by funding long-term assets with short-term debt. An annual growth of about 20 per cent (its growth rate for many years in a row) comes with a price. And DHFL is paying for it now.

The IL&FS case led to tight liquidity and credit conditions that resulted in closure of the short-term refinancing market for non-banking finance companies (NBFCs) as well as highly leveraged companies. This has brought some of India's leading companies to the brink of default, and DHFL tops the list because it was not only among the biggest but also growing the fastest.

Its promoter, Kapil Wadhawan, however, is making all efforts to save the company his father Rajesh Kumar Wadhawan had set up in 1984 to provide financing to middle income Indians to buy houses. But the big question is: Can Wadhawan Jr save DHFL? Or will the company go the way of Pipalnagar Bank? Its liabilities stand at Rs 1.03 lakh crore, taken from retail and institutional investors, including banks. Loans worth Rs 1,400 crore are maturing by August.

"What matters in such cases is the intent of the promoter. And second is the ability to repay. They (promoters) have used the maximum ability to repay and are still trying their best," says Alok Agarwala, Head of Research at Bajaj Capital.

DHFL was once the second largest private sector HFC after HDFC. The trouble began in September 2018 when DSP Mutual Fund sold DHFL papers worth Rs 300 crore in secondary markets at a yield much higher than the traded rates. This showed that investors perceived higher risk in lending to the company. Soon after, DHFL curtailed disbursements, especially to SMEs and for loan against property (LAP).

Back then, DHFL's management strongly denied that the company had any liquidity issues. It had assets under management (AUM) of about Rs 1.27 lakh crore and a net worth of about Rs 10,750 crore as on December 2018.

So where did the home finance juggernaut go wrong? The reasons are more than one.

First, the HFC's business model was based on lending for the long term using short-term borrowings. This meant while home buyers or developers took a 20-year-loan, DHFL financed it by borrowing through commercial papers of much shorter maturity of six months and kept issuing new papers when old ones came up for maturity.

Second, the company expanded rapidly to 570 branches across India, giving loans to middle- and low-income households, most of which are usually not served by banks due to inadequate documentation or income proofs. As long as there was abundant growth in demand and liquidity, the world of home finance was fine.

The cookie crumbled when borrowing costs started rising and it became difficult to roll over funding. A single failure to repay resulted in mutual funds taking a hit; panic spread and it became tougher to raise fresh capital. DHFL, which was rated AAA till February 2, 2019, began slipping on the rating charts. In June, CRISIL downgraded it to D or default rating after delays in servicing some of its non-convertible debentures (NCDs).

The problem became more serious as developer loans comprise 23 per cent or about a quarter of DHFL's loan portfolio. These are not taken over for securitisation by banks. With real estate reeling under a slowdown across the country, DHFL is feeling the heat even more due to its high exposure to project finance.

"Right now, since rating agencies have downgraded DHFL, raising money will remain a challenge for the company even though it is a large player in the housing finance industry. They have no option but to continue selling assets and loan books to pump funds into the company," says Amit Goenka, Managing Director and CEO, at Nisus Finance Services Company.

Wadhawan has been trying to do just that - selling assets to raise funds. In the last four months, since the crisis peaked for DHFL, Wadhawan Global Capital (WGC), the parent company which holds 37.3 per cent stake in DHFL, has been on an asset selling spree.

The entire stake held by WGC and DHFL in subsidiary Aadhar Housing Finance, which caters to low-income households, was sold to Blackstone for Rs 2,200 crore earlier this year. Blackstone has also infused Rs 800 crore primary equity capital into Aadhar for its expansion in the transaction that concluded in June.

In March, DHFL and WGC also decided to sell their shareholding in Avanse Financial Services, an education-focussed NBFC, to Olive Vine Investment, an affiliate of the Warburg Pincus Group, for about Rs 1,100 crore. The deal has been cleared by the Reserve Bank of India.

DHFL has received approval from the Securities and Exchange Board of India (Sebi) to exit its mutual fund business - DHFL Pramerica MF - by selling its 50 per cent stake to its joint-venture partner Prudential Financial. Also on the block is DHFL Pramerica Life Insurance, where DHFL holds 51 per cent stake (the rest is held by Prudential International).

"(But) there is a limit to selling family silver. DHFL's liquidity position is under stress. It is trying to sell off non-core businesses (at the promoter level) and portions of its loan book to raise money and meet short-term repayment obligations. However, this may not help for long," says Agarwala.

DHFL delayed by a week Rs 1,100 crore in interest payments on bonds which due on June 4. And on June 26, it defaulted on commercial papers, paying only Rs 150 crore out of the Rs 375 crore due.

As on April 30, 163 debt oriented mutual fund schemes from 22 fund houses had an exposure of Rs 5,582 crore to the debt instruments of DHFL group companies. "The bigger question, however, is how long can DHFL continue selling its assets to meet short-term repayment obligations. As on date, business remains at a standstill as no new disbursements are being made. Markets are not willing to lend it money," Agarwala adds.

Another challenge for the company is that many of its loans have acceleration clauses in which the lender may demand immediate repayment of entire loan if the rating of the company falls below a certain level. If this clause is triggered, it will worsen the situation for DHFL, says Agarwala.

Looking for a Lifeline

For now, banks, which have cumulatively lent around Rs 40,000 crore to DHFL, have decided to consider debt restructuring to avoid insolvency of the debt-laden HFC. Bankers, including State Bank of India, Axis Bank, HDFC Bank and ICICI Bank, have agreed to sign an inter creditor agreement (ICA) as per the RBI's new framework for restructuring of stressed loans, which came into effect from June 7. Under this, lenders have to decide on a debt resolution plan in 30 days.

The plan will most likely allow DHFL to postpone payment of its bank obligations, giving the debt-laden company a breather. But what it needs most is a strategic investor who can ease the short-term pressure on liquidity and also allow it to raise capital from the market.

According to multiple sources, DHFL's promoters are in talks with private equity players to sell about three-fourths of the 39.21 per cent stake in the company. These PE players include AION Capital (a special situations PE firm that is a joint venture between ICICI Venture and Apollo Global Management, with assets under management of about a billion dollars); True North (formerly India Value Fund, invests in mid-sized businesses in India); and global investment firm KKR (AUM of $194.7 billion in December 2018), besides others. They could pump in Rs 4,000-5,000 crore into the company, taking over debt as well as equity.

Avneesh Sukhija, Senior Analyst - Financial Services and Real Estate, BNP Paribas India, says that for any struggling company, a strategic investor could infuse funds which should address the short-term liquidity needs. "More importantly, a strategic investor should be able to lend credibility to the NBFC. The investor should also encourage more transparency in disclosing real issues (if any) and the requisite measures taken to address them. Regaining market confidence is a longer-term solution rather than simply managing liquidity to meet short-term obligations," says Sukhija.

While Wadhawan is keen to bring in a strategic investor at the earliest, DHFL may not command the valuation he would want.

DHFL's stock price nose dived to Rs 75.30 on July 2 from a 52-week high of Rs 690 in September 2018. "For HFCs in particular, at a macro level, the top down scenario for the real estate sector remains weak, which implies that asset quality issues could persist and their valuations could remain weak. We do not think there will be a major recovery in real estate or valuations in the near term, and as such, PE players might have sufficient time to evaluate," says Sukhija.

Many analysts believe that if a strategic investor can pump in Rs 4,000-5,000 crore into DHFL, it could have a leverage of 9.5-10 times, which means that the company could raise 10 times the money or up to Rs 50,000 crore from the market - enough to take care of its upcoming obligations.

"While the company has repeatedly said that strategic sale talks are continuing with potential buyers, the matter has been delayed for quite long, thereby raising anxiety levels in the market. They need an investor at the earliest," says Agarwala. There is some hope in the Union Budgets nudge to banks (in the form of a partial guarantee against loss) to buy NBFC assets. This will provide NBFCs additional liquidity.

But that won't be the end of all issues around DHFL. Any new investor, says Goenka of Nisus Finance, will bring in a new management and will most likely tweak the existing business model. "They may start exiting real estate as an asset class and diversify the lending book of the company to reduce risk," he says. And that will lead to a high probability of professional management taking over control of the company, with Wadhawan no more being its face. Yet, this will any day be better than going down in history as the housing finance company that collapsed under the weight of its own rapid growth.