The automobile industry is in the middle of an unprecedented slowdown. With companies beginning to lay off workers, the worst is yet to come 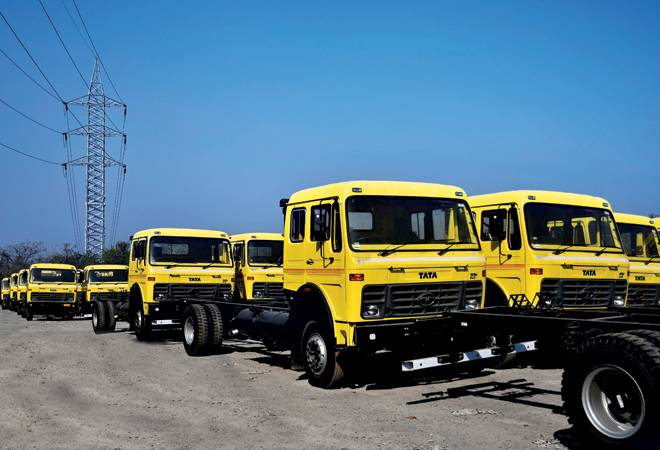 It was exactly 12 months ago when sale of automobiles in India in general and passenger vehicles in particular, began to feel the pinch of the economic slowdown that has gripped the country so viciously.

The initial ominous signs came in the first week of August last year when heavy rains had flattened Kerala. This happened ahead of the state's biggest festival, Onam, which is followed by Ganesh Chaturthi in West India, and Navratri and Diwali in the North. Together they form a near three-month spell of festivity that brings in good sales for automobile companies. The natural calamity last year was an early warning of what was in store. A bad Onam was a bad omen.

"Kerala is a very robust market. It contributes 10 per cent of industry sales and it is such a dependable market that everybody looks at Kerala to offset any shortfall in other markets," recalls Rajesh Goel, Senior Vice President and Director, Honda Cars India. "So when Kerala went down due to the floods, we knew we were in for a challenging time." But no one had any inkling of how challenging it would turn out to be.

Since July 2018, sale of passenger vehicles has declined on a year-on-year basis (compared to the same month in the previous year) every month except October, when there was marginal growth. It took only a little longer for the slowdown to show up in other segments as well. Sale of commercial vehicles, which is considered to be one of the barometers to measure the overall growth in the economy, declined for the first time in December last year. Since then it has declined in five of the seven months. Sale of two-wheelers, which constitutes the biggest pie in the overall automobile industry in India, has also been in the red since December.

The slowdown that is now on the verge of turning into a full-blown recession has not spared tractors as well. After growing by a healthy 18.5 per cent and 23.7 per cent in fiscals 2017 and 2018, the growth came down to just 7.8 per cent in fiscal 2019. In the first quarter of this fiscal (2020), tractor sales declined 14.4 per cent, matching the performance of the other segments in the industry. In the quarter, sale of passenger cars, commercial vehicles and two-wheelers, all declined in double digits (see graph).

"This is the fourth slowdown that I have seen in my entire career but this has to be the most intense," says Pawan Goenka, Managing Director, Mahindra & Mahindra, India's largest utility vehicle and tractor maker. "I have never seen all the segments in the industry decline at the same time for such a long time."

In hindsight, the industry was caught by surprise. After registering a blistering near 20 per cent growth in sales in the first quarter of this fiscal, it was almost as if somebody hit the brakes with full force for the domestic passenger vehicle industry. In the second quarter, sales declined by 2 per cent as the industry went into a tailspin for three consecutive months for the first time since 2013/14.

While the calamity in Kerala was unforeseen and a one-off, other more fundamental factors also became adverse. Retail prices of petrol and diesel hit record highs in October last year on the back of high international crude oil prices. Interest rates also went up as bankers became risk averse as a fallout of the IL&FS default and the ensuing NBFC crisis.

The overall economy has also worsened significantly with unemployment rate in the country hitting 45-year highs. Discretionary spending like on cars and two-wheelers has taken a beating while reduced industrial activity has dampened sale of commercial vehicles.

Then, there was a raft of regulatory changes. Change in insurance regulations that mandated payment of three-year premiums in the first year of purchase for third-party liability, while increasing the personal accident cover (PAC) from Rs 2 lakh to Rs 15 lakh, led to an increase of Rs 6,000 in insurance cost for even an entry-level car such as the Maruti Alto. New safety norms that mandated anti-lock braking system for two-wheelers and airbags for cars increased the cost of vehicles. In 2019, insurance costs were increased again by up to 20 per cent. 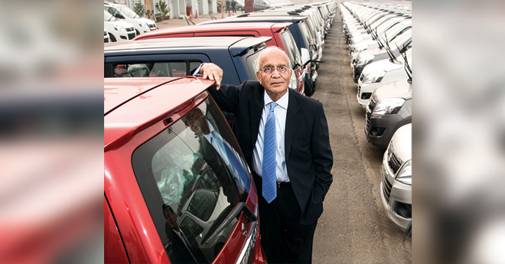 "If we look at it historically, then we have a slowdown every five years. The last time it happened was in 2013/14, so we were due for one," says R.C. Bhargava, Chairman, Maruti Suzuki India. "What has made matters worse is that all these regulatory changes also happened at the same time. We have the banking crisis on one hand and a slowing economy on the other, at a time when prices of vehicles have gone up."

More regulatory changes are set to increase vehicle costs. In her maiden Budget speech in July, Finance Minister Nirmala Sitharaman increased the import duties on a host of automotive components in an attempt to encourage domestic manufacturing of those components. Some of these parts are, however, not produced in adequate quantities in India; the higher import duties have led to a cost increase for manufacturers.

The biggest change would come in April 2020 when the stringent BS VI emission norms come into effect. This will again lead to an increase in the cost of vehicles - around Rs 20,000 for a petrol car and up to Rs 1 lakh for a diesel car. There is uncertainty on whether consumers will choose to pre-buy cars to beat the price hike and, hence, there may be a temporary rise in sales in the run-up to the new fiscal, or postponement of purchases.

The widespread talk of electric vehicles, with the government making noises from time to time about banning existing technologies, has also confused buyers. "There is an impression among consumers that a practical and affordable electric vehicle is just around the corner. Nothing is further from the truth," Bhargava says. "In reality, an electric car for an individual consumer, with enough range and an affordable price is at least three years away, if not more. But some people may have put off their purchasing decision in anticipation of an electric vehicle. This hurts the industry in the short term."

The steep fall in sales this fiscal so far has surprisingly not resulted in a commensurate decline in production as companies have sought to clear the inventory at their dealerships. There has been a spate of block closures - an industrial term used to denote no-production days at factories - in the last couple of months.

In the first quarter, shutdowns at Mahindra's factories across the country ranged between five and 13 days. In the second quarter, the company has said it will shut down production at its plants for another eight to 14 days.

"Even if I add up all the reasons for the slowdown, it doesn't explain the kind we are seeing. There is something about this animal called 'sentiment' that is causing the slowdown," says Goenka. "The concern is that the worst is not over yet."

The damage is widespread and goes beyond original equipment manufacturers (OEMs). Lower sales also mean bleak business for hundreds of ancillary suppliers around the country. On July 20, Bosch, one of the largest auto parts makers in India, said it has suspended operations at its Gangaikondan plant in Tamil Nadu for five days starting July 23. Later, it suspended operations at its Naganathapura unit in Karnataka for two days (July 27 and 29) followed by single-day shutdowns at Jaipur (July 27) and then Bidadi (July 29).

Kalyani Maxion Wheels shut its truck wheel manufacturing plant for five days while the car wheel facility was closed for three days. Brose, a German supplier of window regulators and door modules for cars, trimmed its daily production schedule from three shifts to a single shift.

Another segment that has borne the brunt of the slowdown is auto dealerships. Estimates suggest that an unprecedented 290 dealerships have shut down in the last 18 months alone.

For a $119 billion industry that accounts for 7.1 per cent of the country's GDP, 49 per cent of its manufacturing GDP and employs 37 million people directly or indirectly, the slowdown has meant loss of employment for many.

"The thumb rule says that every truck or bus produced in the country creates employment for 13 people. Every car does the same for five people and every two-wheeler for two people," says Sugato Sen, Deputy Director General, SIAM. "So, when fewer vehicles are produced, less employment is created."

Worse, widespread retrenchments have also begun to take place. According to the Federation of Automotive Dealers Associations (FADA), around 2,00,000 people are already out of employment as dealerships have scaled down their business. Another 32,000 have lost jobs due to dealerships that have shut down. Add to that the retrenchment of temporary workers at OEMs and ancillary units and the total number of people who have lost their jobs in the auto industry so far adds up to about 350,000.

"The majority of job cuts have happened in the last three months. It started around May and continued through June and July," says FADA President Ashish Harsharaj Kale. "Our estimate is that our members have already cut 7-8 per cent of the jobs in most of the dealerships as the slump was drastic. That means close to 2,00,000 people." Around 2.5 million people were employed directly in around 26,000 automobile showrooms operated by 15,000 dealers. Another 2.5 million are indirectly employed with the dealership ecosystem.

Job losses have also started in the ancillary sector that employs over five million people. The worry is, if the slowdown persists, about 20 per cent of those employed in the sector, or 1 million jobs, would be in danger.

"This industry employs about five million people and 70 per cent of this is contractual in nature. That is where retrenchments have begun but it is likely to get worse if the slowdown persists," says Vinnie Mehta, Director General, Automotive Component Manufacturers Association (ACMA). "We are looking at a possible 15-20 per cent reduction in workforce if things do not improve soon."

With the crisis in the sector deepening, the clamour for a stimulus package for the industry has grown. The expectation of a cut in the GST rate for vehicles has been belied so far and there was nothing much for the industry in the Union Budget as well. Currently, automobiles are taxed at the highest GST bracket of 28 per cent. Further, a cess ranging between one and 20 per cent is also imposed depending on the size and type of vehicle. Finance Minister Nirmala Sitharaman's meeting with industry representatives in the first week of August has, however, raised expectations of some sops. "The most obvious and welcome first aid would be some temporary relief on the GST front, either by modifying the slabs, or, if that is not possible, by removing the cess," Anand Mahindra, Chairman, Mahindra Group, said at the company's AGM earlier this month. "Another option would be a re-look at the registration fee, which has gone up substantially, and a rollback of the increases in road tax mandated by state governments after the introduction of GST. I am hopeful that these few actions along with the traditional post-monsoon revival will set us back on track and positively impact the economy."

"It is clear now that without government intervention a turnaround may not be possible," says Mathur of SIAM. "Maybe the extent of sales decline will come down as the low base effect from last year kicks in, but growth remains elusive. A GST cut would be the trigger to reverse the consumer sentiment. Otherwise, fiscal 2020 could be a total washout."

The festive season is around the corner - Onam is on September 1. And like last year, the signs are ominous. Kerala is flooded once more.