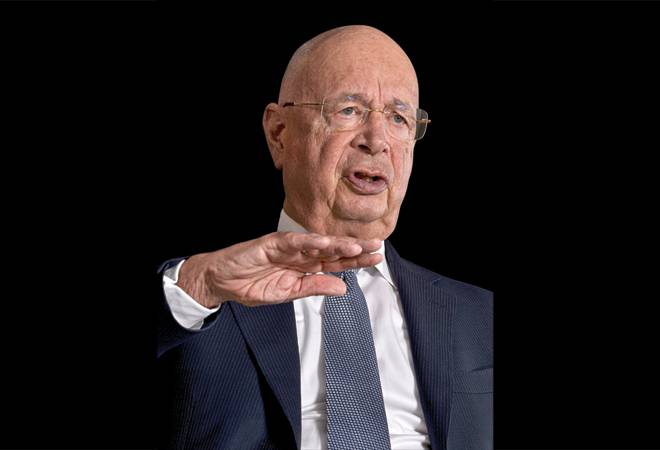 In an exclusive interview with Business Today's Rajeev Dubey and Joe C. Mathew, WEF Founder-Chairman Klaus Schwab explains why, despite multiple doomsday predictions, he believes the global economy will not go into recession. More importantly, who could emerge as winners and losers from the global economic slowdown. Edited excerpts:

A cocktail of slow growth, economic nationalism and protectionism is troubling the global economy. Where do you see globalisation headed?

The reasons for deceleration in the global economy are interrelated and reinforce each other. The phenomenal upswing cycle in global economic growth that we have seen in the past was caused or prolonged by qualitative easing. We had an artificial driver in global economic growth rates in many countries. That ammunition of monetary easing has come to an end. So, we have to go for fiscal policies, though there are some questions over whether fiscal policies in the current situation will lead to an invigoration of economy or not. Another factor (that contributed to this economic slowdown) is that people are losing trust in the future. Trade wars, populism, Brexit (are all examples of this). I would also add increasing environmental risks and rising sea levels (to this list of risks). In the past, people were always optimistic about the future. Now you have a kind of tipping point where people have become much more pessimistic and rising pessimism leads to less consumption and less investments.

Do you believe we are headed towards a recession? What can we do to minimise its impact?

Let's first define recession. It means that from a global economic growth rate of about 5 per cent, we are coming down to the latest IMF, OECD and other forecasts of somewhere between 2 per cent and 3 per cent. I don't think we will have a situation where global economic growth falls below zero. I foresee a kind of cooling period of 1-2 per cent. Of course, this would have consequences like unemployment, and that would further increase people's fear. Everything is happening much faster (than it used to). Three years ago, people did not know what blockchain was; today it has become a major element of corporate strategies. This fast technological progress, particularly in artificial intelligence, leads to additional fear and people want to go back to the past instead of going to the future. That is one reason why Brexit won in the UK. Many who voted for it said the old times were so good, let's go back to the old situation. There are so many psychological reasons that dampen economic outlook.

What role does technology adoption have to play?

We still have terminology that is related to the first industrial revolution. So we still speak about capitalism and socialism, and so on, ideologies that were born at the end of the nineteenth century as a consequence of the first industrial revolution. Now, people are much more divided along the lines of either to embrace progress or to desist from it. Coming back to your question, if we embrace progress in the right way, it offers many opportunities. It even offers opportunities to create jobs; I do not believe that the fourth industrial revolution (embracing technology) will destroy millions of jobs as some organisations have forecast. If we make people, particularly the young, move on the entrepreneurial (journey), if we integrate them into a system of innovation and creativity, there will be a lot of self-employment. India is a good example as the country has the fourth or fifth largest young entrepreneurial community. In terms of ideology, the new ideology of the fourth industrial revolution is 'talentism', which replaces capitalism. Today, if you have a good idea, at least in Switzerland you get capital even at zero per cent interest rate. Countries that are capable of creating innovative infrastructure to really push the entrepreneurial force of young people will succeed. The point is that if you want to get out of recession, you must amass entrepreneurship.

Do you think the fiscal policy can be directed towards this type of entrepreneurship?

India has reduced its corporate taxes substantially but even 15 per cent (tax) for people (who run young companies) is an impediment. I would certainly support innovative companies to be brought under zero tax rate. I would also stimulate investments into infrastructure, particularly into soft infrastructure, such as Internet and so on.

Which countries will gain and which will suffer from the deep slowdown?

The countries that can create an entrepreneurial ecosystem will come out best in the present situation. Even if some people are sceptical about new technology, those companies will be created and they will create a better equilibrium. Around the world now, you see areas in India, Africa (for example, Nairobi in Kenya), Latin America, and others, where there is growth in such ecosystems. What we are seeing is a restructuring of global production chains, and there will be winners and losers.

India is hoping that as a fallout of the US-China trade war, companies will move from China to India. How realistic is this expectation?

If we have a continuing trade war, which seems likely, it could lead to a two-circled global economy - one circle around the US and the other one around China. The question for India is whether it should belong to one of these circles or not.

China is now the manufacturing hub of the world and India is aspiring to be one. But I am not sure about the outcome because companies that re-arrange their supply chain will do two things. They will first look for very low cost manufacturing countries and some East Asian countries still have advantage over China and India. Or, they will bring production completely back home - repatriation of production through automation. So I am not sure if India should rely on catching such companies. India should instead rely on using its young, sophisticated population, and also using its unique digital advantage of, say, big data. Here India has such an advantage and I wonder sometimes why it is not in news. India has 1.3 billion people and is the country with the biggest digital identification of people. It has an excellent base for using big data with the help of artificial intelligence. I would rely more on new technologies and not so much on old-fashioned production. If you look at the trade wars between China and the US and how China should position itself, having a free trade agreement that mutually benefits India and the US would be better.

Given the changes taking place globally, how are you re-imagining WEF?

Globalisation has lifted hundreds of millions of people out of poverty. It was beneficial in general but did create winners and losers. In the age of social media and so on, you cannot afford to have 'losers' because they can raise their voice like never before. Take for example the yellow vests in France. It's a small proportion of the French population but exercises big political influence, mainly through the new communication capabilities of internet, social media and so on. What could be the role of WEF? What has changed is that the political, economic, social and technological dimensions have become completely interwoven. So the old border between business and government with each having its own responsibility doesn't work. You need the cooperation of several stakeholders. WEF's aim is to stimulate such cooperation.

WEF has just concluded a strategic cooperation framework agreement with the UN because even such big organisations have to reach out to businesses and society. We have also created 18 different platforms to take a long-term look at issues and try to find solutions. In relation to that, we have integrated our efforts not only with businesses and politicians but also with the young generation. When we say WEF is multi-stakeholder platform, we speak about political, business and civil society leaders. But how do we integrate people? It is not enough that we invite leaders to Davos and so on. One has to do it in a consistent way. We are developing an open digital platform behind each key global issue, particularly social development goals, to allow everyone to engage. I call it cloud engagement to engage young people to come up with solutions. The forum in future will not just be of leaders, it will integrate every person.