The aviation sector is notorious for grounding the well-laid-out plans of savviest business heads. 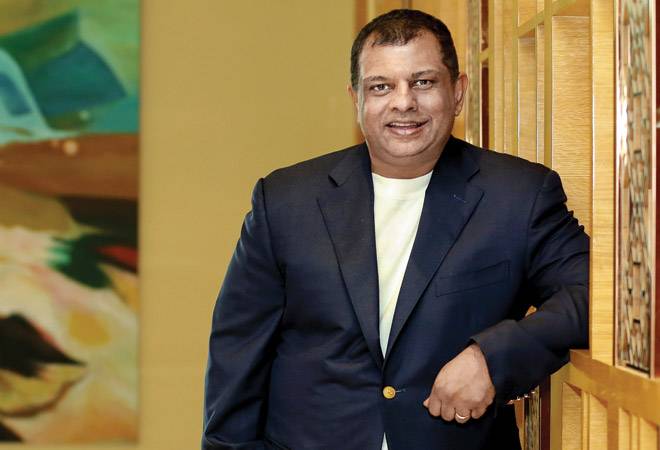 The aviation sector is notorious for grounding the well-laid-out plans of savviest business heads. Its inherent challenges seem to attract colourful, outsized personalities, from Richard Branson to Herb Kelleher to Capt. G.R. Gopinath of Air Deccan fame. Tony Fernandes belongs to this pantheon. He has single-handedly built AirAsia, the largest low-cost carrier in South Asia, which flies to more than 165 destinations in 25 countries. The company made its India foray in June 2014, in partnership with Tata Sons. It is yet to turn profitable, but Fernandes has hinted at a potential IPO. During his recent India visit, the AirAsia Group CEO spoke to BT's Venkatesha Babu about his India strategy. Amar Abrol, MD and CEO of AirAsia India, was also present during the conversation. Edited excerpts:

Q. AirAsia has been here for a little over three years, but you were still in the red as per the last reported quarter numbers (losses of Rs 24.4 crore on revenues of Rs 348.18 crore). When do you expect to be profitable?

A: I will give you an airline analogy. We are off the aerobridge and taxiing towards the runway and poised for a takeoff. Not quite there yet. To be honest, we can be profitable now if we choose, but we continue to invest by adding aircraft, adding capacity, and we have not got optimal scale yet. We have been doing this for 16 years now and can smell a few things. The building blocks are in place. The partnership (with Tatas) is fine. They are committed to us, and we are quietly confident. Right now, AirAsia India flies to 16 destinations across the country and we have 13 aircraft.

Q. Earlier you were not keen to be in hubs like Delhi and Mumbai. What made you change?

A: After three years, we realised that our presence in markets like Delhi did make a difference in terms of perception and awareness. We also need to be in Mumbai, but slots are a problem there. We will be in Mumbai and Chennai at some point. But I still do not think our major growth will be in those markets. Our growth will come from secondary and tertiary cities and towns.

Q. Now that the 5/20 rule (five years of domestic operations and 20 aircraft) is gone, when will AirAsia India fly overseas?

Q. You run individual companies in several countries, including India, Vietnam, the Philippines, Indonesia, China, Japan and more, and want to consolidate them under one holding company. How far have you progressed?

A: We just got the court approval to create our group company. By March this year, we hope to have the structure in place. Then we will start the process and create one AirAsia Group. That will give me the currency to try and own 100 per cent of the company. 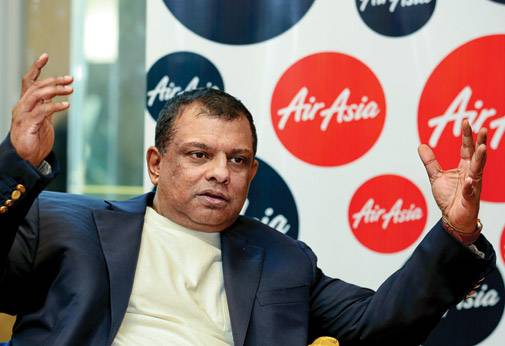 A: That is far, far away although the Narendra Modi government is opening more and more of the sector to foreign investment. Our partners (Tata Sons) do not want to leave either. Right now, the focus is to grow this business as fast as we can. If we have the chance to own 100 per cent, sure we may go for it, but I do not think it is happening right now.

Q. What are the challenges in India compared to other Asian markets?

A: I think some of the challenges are going away. With so many taxes and charges, this industry was heavily burdened, but that is reducing now, which is a positive. Distribution of airline tickets is also changing rapidly due to online and apps usage. Also, the use of payment tools such as credit cards and wallets has gone up and sometimes overtakes the ASEAN region. The policy regarding secondary and tertiary airports is a good one to stimulate airlines to go to those places; so, a lot of things have improved.

However, fuel taxes are still there. Then again, private operators have looked at airports as cash cows. They should work with airlines to reduce cost. In spite of everything, Bengaluru, our headquarters, has been good to us; the city has vision. Overall, India is a lot better after these three years. I have always said the government should facilitate and not overregulate businesses. The Modi government has made a good job of it.

Q. You are undertaking a massive digitisation exercise. Give us some more details.

A: I believe your face is your new ID and not your fingerprints or email. I want to make things easy as the airline recognises your face, checks you in, boards you and one day, with certain governments, your face will allow you to enter those countries because they would know your data. The Arnold Schwarzenegger-type of futuristic movies is already a reality. In Johore, Malaysia, we are testing facial boarding.

Q. Will you launch any of your financial products here, especially as Abrol, in his earlier role, ran AirAsia's card, money transfer and related businesses?

A: Only some of them. India is fairly well served in that area - the country has raced ahead in several aspects. It is better to work with someone like Vijay Shekhar Sharma of Paytm and see what value we can add. Maybe we can do something in content services. Let us see if we can tie up with a taxi company or recommend a restaurant where our customers get a good deal. We aim to get more of our travellers' wallet.

Q. You also own a 'no-frills' hotel chain in the ASEAN market called Tune and even have a footprint in Ahmedabad. Do you plan to expand that or any of your other businesses?

A: No. I am redoing the hotel model. I do not think the budget model works; it needs a little bit more. So, we will rethink the product. Right now the focus is AirAsia India. However, I am quite confident that we can disrupt the insurance industry. In fact, we can learn from the healthcare industry in India. Education and healthcare are the two sectors that attract me. I also have a car business called the Caterham Group, and I am excited about what Anand Mahindra has done in the electric vehicles space. But the primary focus is AirAsia India for now.

Q. You are still No. 4 in the low-cost airline segment in India. What is the mandate for Abrol and his team?

A: I am impressed that we have 4 per cent market share. Others have come in, burnt money and disappeared. We have had our share of learning, though. Some of those factors are our making, and some are external. But we see a ramp-up, and I am confident. We expect to be profitable next year and fly abroad from here. Otherwise, you won't be seeing Amar (guffaws).

Q. What about the legal issues (allegations of fraud, allegedly by former MD and CEO Mittu Chandilya)? Have they been resolved?

A: They are in legal hands. Mittu should be given credit for what he did for AirAsia India. Cases are ongoing, and we will wait for the verdict.