The insolvency ecosystem is plagued by inadequate number of benches and staff crunch, resulting in delays. 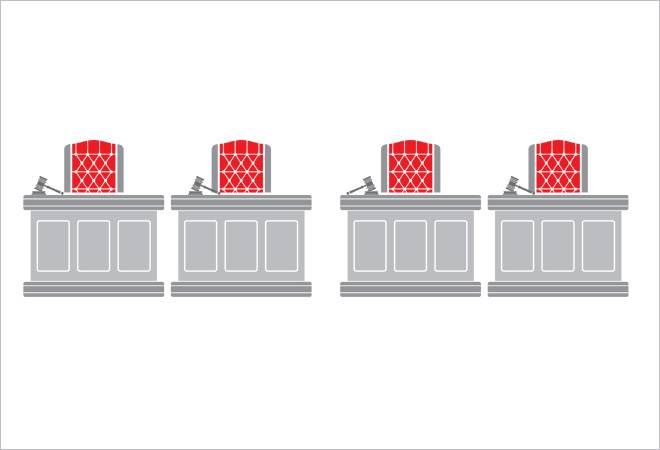 It was a sweltering afternoon in late April, and the 6th- and 7th-floor corridors of New Delhi's CGO Complex wore a deserted look.

This should not be the case, given that four benches of the National Companies Law Tribunal (NCLT), including the Principal Bench, operate from here and between them hear an average of 200 cases a day. On that particular day, as many as 210 cases came up for hearing. But by the time we reached the premises, the long passages featured nothing more than large iron trolleys loaded with case files on their way out, a few lawyers wandering around and cleaning staff at work, indicating the end of the workday, perhaps a bit too early.

Appearances are deceptive, though, and the workload here can be back-breaking, especially for the judicial members, as many of them also have to hear cases assigned to Jaipur and Chandigarh benches. As of now, these two only have technical members, and legal members from other benches have to lend a helping hand whenever it is required. A judicial member sitting in her chamber and poring over case files said they were used to huge workloads but admitted it had affected the functioning of the tribunal. "It is up to the government to look after these issues. We do what we have been asked to do." 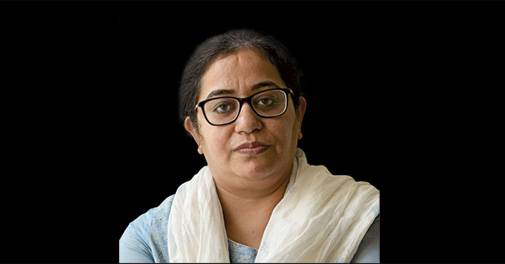 The government seems to be aware of the huge caseload. Recently, the Appointments Committee of the Cabinet gave its nod for inducting 32 members - 14 judicial and 18 technical - taking the total to 57 from the initial 25. Speaking at an event in March this year, Gyaneshwar Kumar Singh, Joint Secretary, Ministry of Corporate Affairs, said two new benches would be set up in Indore and Amravati in a couple of months. But no official announcement has been made yet.

While initiatives are being taken to address capacity constraints at the NCLT, a look at its broader domain after the implementation of the Insolvency and Bankruptcy Code (IBC) will explain why there is more work on its plate. The NCLT was constituted under the Companies Act, 2013, and handles corporate disputes of all kinds under its provisions. But when the IBC came into force in 2016, it was also made the adjudicator of corporate insolvency cases. The new insolvency regime opened the floodgates. As of March 31, 2019, a total of 1,900 corporate insolvency cases had been admitted, with around 700 seeing closure. Of these, approximately 400 resulted in liquidation; 97 yielded resolutions; 91 saw withdrawals and 120-odd cases were closed through other means. The rest of the cases are still languishing. A resolution is the best possible outcome in insolvency cases under the IBC, and the Kolkata Bench tops the list with 25, followed by Mumbai with 19 and Chennai with 17. Interestingly, the four benches of the Delhi NCLT have resolved only eight cases over the past two-and-a-half years. The tribunal heard over 4,000 cases but did not admit them.

There are legacy issues too. With the introduction of the IBC, all cases pending under the previous regimes, including the Board of Industrial and Financial Reconstruction (BIFR), the Debt Recovery Tribunal (DRT) and the Sick Industrial Companies Act, as well as the ongoing debt-resolution cases in high courts, came under the new insolvency law and the NCLT. As the newly formed tribunals replaced the Company Law Board (CLB), they had to adjudicate those cases as well. As a result, they started with more than 4,000 CLB cases, 15,000 DRT cases, 700 cases BIFR cases and 5,000-plus high court cases.

Another reason behind the avalanche of cases is the low threshold - unpaid dues of just Rs 1 lakh. Besides, the law allows almost everyone - bankers, vendors and even employees - to approach the tribunals to recover outstanding dues from corporate debtors. The 4,000 cases not admitted by the NCLT were filed by operational creditors (vendors, suppliers and employees) and were settled later without dragging the companies into insolvency proceedings.

"The objective of the Bankruptcy Code is maximisation of asset value but it also functions as a debt recovery tool. There are times when issues are settled even before applications are admitted. However, the NCLT benches must hear the matter before the final settlement. Given the number of cases filed under the IBC (and the time it takes to follow the procedure), genuine cases could get stuck for months," says Daizy Chawla, Senior Partner of the New Delhi-based law firm Singh & Associates.

All these are taking a toll on timely disposal of cases. Although cases under the Companies Act are not time-bound, the delay is a matter of concern for corporate insolvency cases, which have a 270-day time limit. Take, for example, the Essar Steel case, which was admitted in August 2017 for insolvency proceedings. There has been no resolution yet. Of the 12 large corporate default cases (Essar Steel is one of them), only five have been resolved so far and four of them - Bhushan Steel, Alok Industries, Jyoti Structure and Monnet Ispat and Energy - have breached the stipulated time limit. The only exception was Electrosteel Steel.

Experts think there has been a general delay across most cases besides the rise in numbers. Of the 1,143 ongoing cases, 362 have already crossed the stipulated time limit. The delay starts at the admission stage itself due to multiple hearings while promoters' intervention and appeal at every stage of the resolution process create bottlenecks. "As per the Code, if an application filed (with the NCLT) is in order, it should be admitted within 14 days. In reality, it could take at least four-five months to get the matter in," says Chawla. Punit Tyagi, Executive Partner at New Delhi-based law firm Lakshmikumaran & Sridharan, concurs. According to him, even fresh matters are not heard for two to three months.

Need of the Hour

The NCLT has a total of 60 members, thanks to the recent appointments, and 12 benches, but it is under-staffed even now. Quite a few NCLT benches only have technical members but no dedicated judicial members. A judicial member should be a judge of a high court or a judicial member of a tribunal for at least five years. On the other hand, a technical member should have experience of at least 25 years in the field of law, finance, management, accountancy, labour matters and so on. For both positions, applicants should be at least 50 years of age.

The NCLT is further constrained by conditions that say only a two-member (one judicial and one technical) bench can exercise its authority, while a single bench can do so only if it is authorised by the person presiding over the Principal Bench in Delhi. Cases of rehabilitation, restructuring, revival or winding up can only be handled by a special bench of three or more members, and the majority of them should be judicial members. With so many limitations and limited bench strength, delivering judgements could be elusive at times.

Many complain, and not unreasonably, that backlogs and delays are an NCLT epidemic. Tyagi of Lakshmikumaran & Sridharan cites the example of a Tier-II city. "There are no judicial members in Allahabad (officially known as Prayagraj) and a member from Ahmedabad sits there on Mondays and Tuesdays. It means the bench is not functional for the rest of the week. With so many matters to take care of during those two days, no effective hearing takes place."

The tale of woe continues across other Tier-II cities. For instance, there are two judicial members in Kolkata, and one of them has been assigned to the Cuttack bench for two days a week while the other travels to Guwahati. According to Devesh Juvekar, Partner at Mumbai-based Rajani Associates, the Guwahati bench operates on every (working) Thursday and Friday while the Jaipur bench is run by a New Delhi-based judicial member on those two days. On April 25 and 26, 2019, Deepti Mukesh of the New Delhi bench flew to Jaipur to hear 38 and 45 cases, respectively. Business Today could not independently verify the status of all ongoing cases in Jaipur, but three cases were rescheduled for hearing. A look at the cases handled by the Principal Bench in New Delhi on any particular day does not paint a cheerful picture either. On April 24 this year, 37 of the 48 cases listed for hearing were rescheduled.

"This is a big constraint when it comes to case continuity and member engagement. Cases are bound to suffer if members have to shuttle from one city to another throughout the week," says Sanjeev Ahuja, an insolvency resolution professional and Founder-Director of New Delhi-based Ensemble Resolution Professionals. According to him, the government should address these issues at the earliest as an overstretched adjudicating authority does not augur well for the new insolvency regime. In fact, it could do more harm than good as delays in processes lead to liquidation of operational companies.

There is more to be done in terms of infrastructure and resources for the successful implementation of the IBC, says Chawla of Singh & Associates. To start with, the number of NCLT benches should be on a par with those of the high courts (a total of 24). Juvekar of Rajani Associates says the government should consider doubling the number of benches at the NCLT to handle thousands of cases that have come up within two years of its constitution. 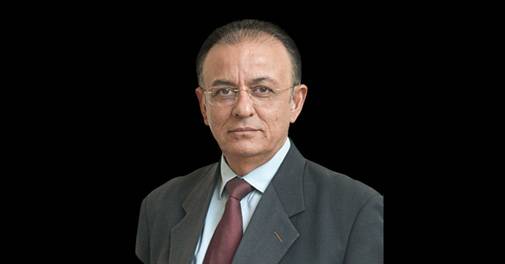 Meanwhile, the Supreme Court has directed the government to set up circuit benches for the National Company Law Appellate Tribunal (NCLAT), which hears appeals against NCLT decisions. Circuit benches will be short-to-medium term establishments to ensure additional presence of the tribunal across the country, provide convenience and speed up the corporate insolvency resolution process. Currently, the NCLAT operates only in the national capital.

So, how bleak is the scenario? Not too bad, considering the ecosystem around the IBC (and the NCLT) is stabilising slowly, and soon, the focus could be on resolution rather than liquidation. As Juvekar says, the present scenario is much better than what it used to be before 2016/17. "First of all, high courts are not additionally burdened with insolvency matters. Second, and most important, the IBC has emerged as the legal and institutional framework that can deal with everything related to corporate insolvency and professionalisation of this space," he says.