Despite the call for large-scale disinvestment, PSUs continue to bail out the government.

When reports of Hindustan Aeronautics Ltd, or HAL, using an overdraft of Rs 926 crore to pay salaries to staff came out, all hell broke loose. The financial health of HAL - already under media glare due to the controversy over the alleged Rafale scam - became a new battleground between the government and the Opposition which, along with the employee unions, criticised the government for stripping the strategically important company of resources at a time its capability to make cutting-edge defence equipment was being questioned.

They were not far off the mark. In 2017/18, HAL had paid the government, which holds a 90 per cent stake in the company, a dividend of Rs 1,165 crore and bought back shares worth Rs 1,126 crore. The employee union was particularly critical of the government for making the company pay around Rs 6,400 crore through share buybacks over two years (Rs 5,265 crore in 2016/17 and Rs 1,128 crore in 2017/18), apart from the Rs 9,000 crore dividend the company has paid the government since 2003/04. S. Chandrasekhar, the General Secretary of the HAL Employees Association, said while there was nothing wrong with buybacks, it should not have been done when the company's resources were under strain.

HAL is not an isolated case. The story is, in fact, playing out in almost all big PSUs - the government, far from selling stake as part of its economic reforms agenda, is depending more and more on these companies to meet its revenue targets. The Central Public Sector Enterprises (CPSEs), despite calls for strategic sale and divestment of government stake, have time and again bailed out the government in times of dire need.

Though experts say there is nothing wrong with the government, the largest shareholder in these companies, demanding some cash, they question the way it is treating these as cash cows. They point to the fact that while profits of CPSEs have grown at a paltry 2.2 per cent CAGR from 2011/12 to 2017/18 (from Rs 1.15 lakh crore to Rs 1.28 lakh crore), dividend payouts have grown at a 9 per cent CAGR (from Rs 49,700 crore to Rs 76,500 crore) over the period. Add to this the money from buybacks that the government has been directing some of these companies to do over the past couple of years. The government has shortlisted 11 CPSEs for buyback in 2018/19. Chintan Haria, Head of Product Development, ICICI Prudential Mutual Fund, says: "In general, the push for dividend is only from profits which are unutilised. A dividend causing a cash flow crunch seems too far-fetched to me."

In the last 10 years, these public sector enterprises, which include the likes of ONGC, Coal India, BPCL, NTPC and NHPC, have paid over Rs 3 lakh crore as dividend to the government. In the current financial year, the government has budgeted for a Rs 52,500 crore dividend from its companies, less than the last year's payout by a couple of thousand crores. One reason for the rise in CPSE payouts is that government-owned banks (except SBI) have been barely paying dividends for the last few years due to high NPAs and, therefore, the government has been dependent on CPSEs and the Reserve Bank of India, or RBI, for most of its non-tax revenues. Dividend and profits from government-owned enterprises, banks and financial institutions, a part of the non-tax revenue source of the government, were Rs 1.23 lakh crore in 2016/17 and Rs 1.06 lakh crore in 2017/18. This year, these two are estimated to generate Rs 1.07 lakh crore for the government. Till November 2018, only 51 per cent of this target had been achieved. 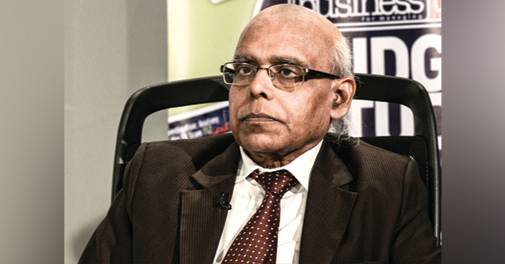 While a lot was made of the government's push for additional payouts (dividend and additional payment from reserves) from the RBI - which resisted attempts to dip into its reserves - the government usually faces less resistance from CPSEs and PSU banks. It is the majority shareholder in all these companies which, according to D.K. Srivastava, Chief Policy Advisor, EY, and a former member of the 12th Finance Commission, allows a 'degree of flexibility' in terms of the amount of dividend that can be 'accessed'. The central government holds almost 90 per cent in HAL, 78 per cent in Coal India, 67 per cent in ONGC, 63 per cent in BHEL, 65 per cent in PFC and 61 per cent in NTPC.

Dividends are not the only way to raise money from CPSEs. The government also uses financially strong public sector companies to buy stake in loss-making enterprises or enterprises where it plans to disinvest its stake. The government has a target of raising Rs 80,000 crore through disinvestment in the current financial year. So far, it has raised around Rs 35,000 crore. Last year, it had, for first time, managed to mop up Rs 1 lakh crore through this route as against the Budget target of Rs 46,500 crore. This was possible due to one of the biggest disinvestments - oil marketing company HPCL. Here, the government prompted ONGC, another PSU, to buy its 51 per cent stake for around Rs 37,000 crore.

Many disinvestments are done through buybacks. The government, being the largest shareholder, 'makes' these companies buy back its shares to achieve disinvestment targets. In 2017/18, it had raised around Rs 5,000 crore through 13 buybacks, the largest being from Oil India Ltd, which bought back shares worth Rs 1,135 crore. This year, it has so far raised Rs 2,600 crore through five buybacks.

Are these dividend payouts or buybacks done under pressure from the government, which often finds itself short of funds? Is it the power it wields over these companies which decides how much it gets from them?

What is the 'degree of flexibility' D.K. Srivastava talked about? Is he alluding to the pressure the government exerts over its companies? To this, Srivastava says, 'pressurise' is too strong a word to use. Ranen Banerjee, Leader, Public Finance, PwC, says, "Being the majority stakeholder, the government can influence decisions." This, he says, is true even in case of private companies.

But equity analysts say regular dividends and buybacks are signs of good corporate governance. "If you are not doing capex, don't keep cash because cash reduces RoE (return on equity) and RoCE (return on capital employed). If a company is sitting on cash, there is a likelihood it may do some capex or acquisition that may not fit in well and it may end up burning the cash. So, if you are not doing any capex, it is better to return cash to shareholders," says Haria of ICICI Prudential Mutual Fund. On buybacks, he says they are common in the US also. "Private sector players have accepted it (buyback) as the best practice," says Chintan.

Experts say dividends are not bad if they are paid from earned profit and future growth is not impacted.

That might not always be the case. In 2016, the Department of Investment and Public Asset Management, the government arm that looks after disinvestment policies, came out with dividend and share buyback guidelines for CPSEs. According to the guidelines, every CPSE must pay a minimum dividend of 30 per cent of the net profit or 5 per cent of the net worth, whichever is higher, unless it has a justifiable reason for not doing so.

On buybacks, the guidelines say that CPSEs must look into merit-based capital restructuring through share buybacks if they are not deploying the cash in balance with the company. The guidelines say that any CPSE with a net worth of at least Rs 2,000 crore and cash balance of over Rs 1,000 crore should exercise the buyback option.

The government has been using public sector companies to raise revenues and make minor adjustments to keep its fiscal goals on track - whether it is through dividends, disinvestment targets or off-balance sheet financing of certain expenses.

The Comptroller and Auditor General (CAG), in a report published recently, said "the government has increasingly resorted to off-Budget financing for revenue as well as capital spending. Such off-Budget financing is not part of the calculation of the fiscal indicators despite fiscal implications." These off-balance sheet expenditures are done through public sector enterprises, which issue bonds to raise money; this is reported in their books.

This year, in particular, with both direct and indirect tax collections looking off target, it is tapping every resource in hand, including dividends from public sector enterprises and buybacks, to get close to the target of 3.3 per cent fiscal deficit - expenses exceeding total receipts. It has achieved just 51 per cent non-tax revenue (which include dividends and profits from public sector companies) target and 43 per cent of the disinvestment target so far; it is unlikely to be able to squeeze more out of these companies.