The country's interim Finance Minister, Piyush Goyal, speaks to Business Today's Prosenjit Datta, Rajeev Dubey and Anilesh S. Mahajan about the Budgets fiscal math, the role of states in the new income support scheme for farmers and the government's plans to fulfil its promises in an election year. Edited excerpts:

How was this news broken to you that you have to present the Budget? How much time did you get to prepare for the Budget speech?

By the time I came in, most of the work was done. Prime Minister (Narendra) Modi was very clear with his vision. And most of the things were already completed by the prime minister and Finance Minister Arun Jaitley. I came to know only on Wednesday night (January 24, the Budget was presented on February 1) that I have to present the Budget. I got eight days to prepare for it. The prime minister gave me support, and the finance minister, despite his health, also gave great support. I was in regular touch with him. He prepared the broad framework for the Budget.

One criticism of the Budget is that the figures might not match up. There are apprehensions about revenue numbers as well as expenditure statistics. How is the government dealing with it? How confident are we about meeting the fiscal deficit numbers?

This government, in the last five years, has shown that it is honest with budgets. We have achieved whatever we have promised. Last year, there was some slippage as we did not get GST collections from March. This year, if you remove the Rs  20,000 crore allocated for the PM Kisan Samman Nidhi Scheme, we are comfortably meeting the targets. It is easy for any government to adjust 10 bps (fiscal deficit as per cent of GDP). But instructions from the prime minister are clear. The job of the finance ministry is to aggregate the statistics from different ministries/departments. Whatever is the truth, present the truth. 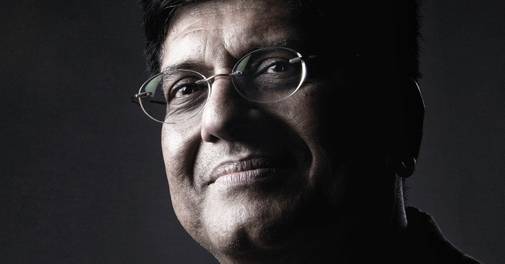 How do you respond to talks about off-Budget spending?

Our budgets are comparable to what has been the convention. For example, in 2014, we inherited unpaid bills of Rs  1.6 lakh crore. Just imagine, for an important expenditure on 'one rank one pension' for armed forces, the Congress government provided Rs  500 crore. And we are spending Rs  35,000 crore on this. There are certain expenditures for which a person cannot wait. A person needs a house. We are committed to providing shelter to every citizen by 2022 and that plan cannot wait. The bank recapitalisation capital will return with profit. On January 31, the good news came that three government banks had come out of the RBI's prompt corrective action restrictions.

I think these are good investments. We are forced to do this because of bad decision-making between 2008 and 2014, which led to indiscriminate lending. We inherited a problem. We are not fighting shy of sorting out these problems.

How confident are you about meeting the non-tax-revenue targets for the current fiscal?

Every year, you will see that 50-55 per cent disinvestment happens in the last two months of the fiscal. We will be able to do this.

There is criticism that the government may not have the entire data required to execute the PM-Kisan Scheme announced in the Budget. A handful of states have legalised contract farming and there are farmers who are forced to leave their land fallow because of various reasons. And there is very little information about landless farmers. How do you see this situation?

We have already got a lot of data. But we will surely need the help of state governments as agriculture is a state subject. A major portion of the data will be with state governments. At present, the scheme is focussing on those who own land. The critics do not see what this scheme will do. It will benefit 120 million farmers. Most people leave their land fallow due to circumstances which do not allow them to continue with farming.

There are challenges related to other interventions such as Minimum Support Price, or MSP, as many a time it does not help. Does this income support scheme mean that we are set to move away from these types of benefits?

Not at all. The MSP will continue. For the first time, the government has announced MSPs for all 22 crops. The MSP is now 1.5 times the cost. If we go through the data of procurement under the NDA vis-a-vis 10 years of the UPA, the procurement levels are 15-20 times more than the previous numbers.

Many see the PM Kisan Scheme as a step towards universal basic income. Are we looking at it any time soon?

You are missing a point. This is the respect we are extending to marginal farmers and small landholders. They are facing adversities but are still contributing to our nation. They are ensuring our food security. This step is required to be seen from this perspective. This is not a replacement for MSP or any other income source. This will give them some cash in hand to pay for some emergent needs.

Should we expect some top-up from BJP-ruled states?

You need to ask the respective state governments. They are free to do it. I am not privy to any information. Many states have completed their Budget preparation exercise.

How are GST numbers looking? Are you optimistic about meeting the target of 18.2 per cent growth in collections, especially when the rates are being rationalised?

The collections crossed Rs  1 lakh crore three times in the last fiscal. And we clocked 11-12 per cent growth last year. The numbers in our budgetary estimates are slightly lower because we have given refunds - even of the past - and have decided to come up with a cleaner slate. We might have taken a small hit, but it is a small price for streamlining the process and ensuring money in people's hands. We are the fastest-growing economy. The investment cycle is coming back. The numbers at capital goods manufacturers are encouraging. Highways are being built; airports are being built and the railway is investing. We have been realistic in our GST collection targets. Remember, at one time the Congress projected growth of 4-24 per cent in one fiscal. Our approach is very well calibrated and based on feedback from various quarters. We are already reaching the target of Rs  1 lakh crore a month. We only have to reach Rs  1,15,000 crore. I am sure we will be able to achieve this.

On the contrary, the PM Modi-led regime must be complimented for taking bold decisions, especially those related to defence forces. We recently lost two of our pilots in an aircraft crash. All this is a result of poor decision-making of the previous government. We have allocated Rs  3 lakh crore for defence, and I said on the Floor of the House that the government was committed to providing more funds if required. Anything required to maintain the integrity, sovereignty and security of our motherland will be our highest priority.

Your first Budget speech talked about artificial intelligence, but there is hardly any allocation for the same.

Artificial intelligence is not something on which the government will have to spend. The government is creating an ecosystem. Recently, Prime Minister Modi invited some of the best people in artificial intelligence to come and speak to his ministerial colleagues and the top bureaucracy. He believes that India has a unique opportunity to leapfrog by absorbing what is best in the world and become a leader. His vision is not small. His vision is to make India the greatest country in the world.