The scale of value destruction in the telecom sector has been huge. Only sensible policies and practices can save it now. 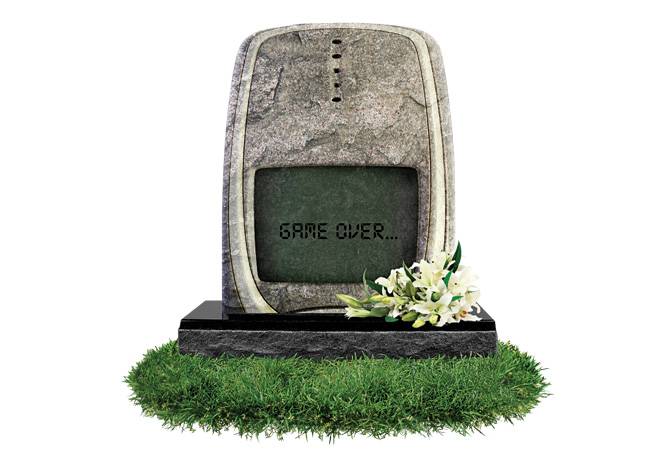 Is it worthwhile investing in the Indian telecom sector? Japan's NTT DoCoMo would reply in the negative. In 2009, DoCoMo acquired a 26.5 per cent stake in Tata Teleservices (TTSL) for $2.7 billion. The agreement stated that if TTSL failed to achieve certain milestones in five years, the Tatas would find a buyer for the shares held by DoCoMo or buy that stake at a 50 per cent discount. Last October, DoCoMo took a hit when the Tatas paid it about $1.27 billion, 47 per cent of the deal amount, and that too after a three-year fight with Indian regulators. At the same time, the share price had fallen much below the agreed value. The actual erosion was, in fact, much higher.

In 2008, Norwegian operator Telenor joined hands with realty firm Unitech, which had acquired nationwide spectrum in 2008. The venture started with huge losses but Telenor was hopeful of making money in the long term. It bought a majority stake (67.25 per cent) from Unitech for $1.3 billion and also invested in the 2G network. It lost all its licences when the Supreme Court revoked 122 licences in 2012 in the 2G scam case. It returned after acquiring six licences in the November 2012 auction. However, after Reliance Jio started offering free voice calls, it lost out. After spending billions, it exited India, selling the venture to Airtel.

Telecom, a sunrise sector till not too long ago, has become a graveyard for service providers, both domestic and international. A highly competitive industry with over a dozen operators till a few years ago is now down to three large private operators - Bharti Airtel, the Vodafone-Idea combine and Reliance Jio - apart from state-owned Bharat Sanchar Nigam.

The sheer scale of value destruction that has accompanied this is mind-blowing. Over the past few years, over `1 lakh crore investment has gone down the tube, while more than one lakh people are reported to have lost their jobs. The sector's gross revenue fell 8.56 per cent to `2.55 lakh crore between 2016 and 2017, according to sector regulator Telecom Regulatory Authority of India (TRAI). Adjusted gross revenue fell 18.87 per cent, licence fee earnings 18.78 per cent and spectrum usage charges 32.81 per cent during the period.

Telecom was not a hellhole that it is now till not too long ago. Till 2008, entry barriers were low, spectrum was cheaper, scale wasn't that important and government favoured competition. That led to not just large domestic companies like the Tatas, Aditya Birla Group, Reliance Industries, but also smaller players such as Videocon, Unitech and DB Group with interests in unrelated industries taking a plunge. Even when the Supreme Court cancelled 122 licences in 2012, many decided to slug it out.

But things changed dramatically with Reliance Jio launching 4G services in September 2016. It started by offering free services for six months. Later, while offering voice for free, it came up with low-priced data plans. With voice - close to 70 per cent revenues of telecom players becoming free - the pressure on incumbents started building up. Their future now depended on offering high-speed data at low rates. Considering that the incumbents already had a debt of over `2.5 lakh crore, they found it difficult to compete against an entity loaded with cash.

This started the exit by smaller operators and led to the merger of Vodafone and Idea Cellular, which were till then the biggest after market leader Bharti Airtel. Smaller telcos that couldn't compete with Jio shut shop before it was too late. Telenor and Tata Teleservices sold their businesses to Airtel.

It was not just the magnitude of Jio's spending - estimated at $31 billion - but also the longevity of its attack that made the life of small telcos miserable. After all, the total Jio investment is more than the combined investment of half a dozen small operators. The disruption has also hurt bigger players such as Airtel. The only difference is that they have the ability to bear losses for an extended period. Also, exiting a business is not easy in India.

Last year, Anil Ambani made a public appearance in the middle of a crisis at RCom and made a clarion call for the sector. He said the sector is in an ICCU (intensive coronary care unit). While citing the example of the "mighty" Tatas which, Ambani said, had to "gift away" their telecom business to Airtel, he said several operators had seen value erosion and large losses over the year. He was pointing at frenetic M&A activity in the sector reducing the number of private players to just three. But this was not the only reason. Starting 2010, the government went on a spectrum sale overdrive to meet revenue targets. In has held auctions in six out of the last eight years, garnering `3.55 lakh crore. Smaller telcos, including Reliance Communications, Tata Teleservices, MTS, Telenor, Videocon and Aircel, spent `54,679 crore in these auctions. Experts estimate that they spent an equal amount on building their networks. After a cumulative investment of around `1.1 lakh crore, these companies have been sold for about `30,928 crore (excluding Aircel, which has filed for bankruptcy). Though this includes deferred spectrum payments to the government (which will be paid by the new buyers), experts estimate wealth erosion of `50,000-60,000 crore for smaller telcos alone.

The bigger incumbents - Airtel, Vodafone and Idea Cellular - have also suffered. "The prices have gone down so much that it has impacted revenues. The bigger guys benefitted on account of smaller players who sold their businesses at a loss," says Tanu Sharma, Associate Director (Corporates), India Ratings & Research.

In a November 2017 note, India Ratings noted that "the wherewithal to survive has been diminishing for smaller telcos ever since Jio entered the telecom landscape. The exit of smaller telcos is good for the industry structure in the long term but painful for the stakeholders, including lenders."

The amount of stressed assets and non-performing assets (NPAs) in telecom is staggeringly high. Minister of State for Finance Shiv Pratap Shukla told Lok Sabha in March that telecom gross NPAs stood at `11,028 crore. A few days prior to that, former Union Finance Minister P. Chidambaram had said that telecom and power contributed to the NPA problem more than anything else due to the 'malicious twist' given to the UPA government's policies governing these sectors.

Sanjeev Krishan, Partner and Leader Deals, PwC India, says the NPAs could be far higher than what has been reported, and a clearer picture will emerge over the next two quarters. "The stress has been evident for a quite few years, both with the telcos and infrastructure owners, and particularly after the cancellation of 2G licences. Some of the telecom businesses are part of larger conglomerates and have had backing from their promoter groups. The underlying economics of the business has changed and as a result, the level of sustainable debt for a number of these businesses is a fraction of the overall debt they are carrying," he says.

"Seven years ago, telecom companies were at their peak in revenues. Since then, hike in spectrum prices, increased competition and adverse regulations have weighed down on the sector. We still haven't seen the end of the consolidation phase," says S.P. Kochhar, CEO of the Telecom Sector Skill Council, adding that 20-25 per cent of the workforce will be laid off during consolidation. "Manpower is being shed in areas like sales, maintenance, customer service, middle- and senior-level management."

Aditya Mishra, CEO, CIEL HR, says: "Sales jobs have been axed because acquisition of new customers has slowed down and companies are cutting down on manpower costs."

"We are seeing telcos shutting down non-critical functions but companies cannot continue to lay off people as they are growing in size," says Amresh Nandan, Research Director, Gartner.

Setting up a telecom business has never been as difficult as it is today. Jio is stifling competition on two fronts - scale and tariffs. But that wasn't always the case. Smaller telcos would buy 2G spectrum in a limited number of circles - typically where spectrum prices weren't as high as in the metros - and offer lower voice tariffs than the large telcos.

Aircel, for instance, had more subscribers than Airtel, Vodafone and BSNL in Chennai and Tamil Nadu in 2016. Telenor India was the third-largest player in the UP (West), Gujarat and UP (East) and surpassed Airtel and Idea in some circles. "Earlier, there was voice arbitrage. Everything is packaged into data now. The smaller players didn't have the capacity to offer high-speed data at low prices. They didn't have the ability to offer 4G services," says India Ratings & Research's Sharma.

Experts say the technologies were changing fast and smaller telcos didn't have the wherewithal to keep investing. MTS India and Tata Teleservices (TTSL), for instance, had CDMA networks. TTSL also had GSM network in some circles. The CDMA technology is good for voice but not for data and transition from CDMA to GSM comes at a huge cost. "CDMA operators were upgrading their data network by bringing in new technologies (MTS launched EV-DO Rev.B phase II) but the market shifted to LTE (4G), which resulted in loss of data customers to larger telcos," says Neil Shah, Research Director, Counterpoint.

The smaller operators couldn't match the prices offered by Jio. "Scandinavian companies keep a close watch on return on investment. Every business decision for them revolves around it," says a former Telenor executive. "Aircel was good operationally but ran out of cash to invest in the network. After Jio entered the market, it lost subscribers every quarter. Videocon Telecom never invested in customer service and infrastructure. Before the sale to Airtel, they were in a death spiral," says Counterpoint's Shah.

Signing a deal is one thing but closing it is another matter, especially in India. Some fringe players might feel relieved after selling their businesses to larger telcos but finding an exit is far from reality for others. Aircel is struggling with mounting losses and high debt - estimated at around Rs 50,000 crore. Malaysia's Maxis-owned Aircel knocked the doors of the NCLT in February to file for bankruptcy. The insolvency professional and lenders of Aircel are looking at ways to revive services in some circles and raise capital.

With so many failures in such a short span, and concentration of power in the hands of two to three operators, there's looming fear that the changing telecom landscape may put mobile phone consumers at a disadvantage and dissuade new players from taking a plunge. "It's proven that telecom is a business of scale and only strong hands can compete. You need to have pan-India presence," says Bhupendra Tiwary, Research Analyst, ICICI Securities.

S.K. Gupta, Secretary, TRAI, says that from the investment point of view, the sector is red-hot. "Data growth in India is one of the highest in the world. It's a good place for anybody to come." Also, with India not being homogenous, telcos are offering a standard product with variation in prices. "Within prepaid, which is the largest segment, there can be many sub-segments. The sector has a lot of unutilised capacity, and there's a possibility of new operators coming in with specialised services for students, migrants, etc.," says Gartner's Nandan.

All told, the telecom sector is in a shambles. It remains to be seen how things could change. The only hope is that things would turn for the better. That will depend on sensible policies and regulations that do not look to squeeze the sector.