Why GST collections have been short of target. And why they may not pick up any time soon 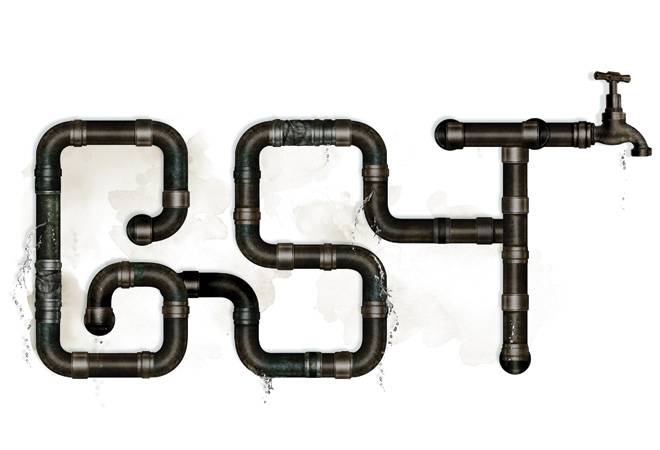 The Comptroller and Auditor General (CAG) of India has made a grim observation in its latest report on indirect taxes: "The growth of indirect taxes slowed to 5.80 per cent in 2017/18 compared to a growth of 21.33 per cent in 2016/17." Without mincing words, it laid the blame on the goods and services tax (GST). "Post implementation of GST, the Centre's revenue from goods and services (excluding Central excise on petroleum and tobacco) registered a decline of 10 per cent in 2017/18, compared to the revenue from the subsumed taxes in 2016/17."

The reports talk about 2017/18. Two monsoons later, things should have improved and systems stabilised, but that has not happened. So much so that in 2018/19, the Union government had to revise its GST collection target by Rs 1 lakh crore - from Rs 7.43 lakh crore to Rs 6.43 lakh crore. That the target for 2019/20 is Rs 6.63 lakh crore, just Rs 20,000 crore more than the last year's revised target, is the most significant admission by the government that it expects very little from the new tax system in its current form. It, after all, set a target of 8 per cent growth in indirect tax collections, but just 3 per cent in GST collections.

GST collections have not picked up as expected due to a combination of factors. One is faulty design of the system. Another is economic slowdown. Then, there are massive leakages and non-compliance, something the CAG report also suggests. All these will have to be fixed on priority if GST is to realise its full potential.

The Leakages - Why and How

The CAG says system validated input tax credit (ITC) through invoice matching is not in place even after two years of the GST rollout. That is why a non-intrusive e-tax system remains elusive, it says. "The complexity of the return mechanism and technical glitches resulted in rollback of invoice matching, rendering the system prone to ITC frauds. Thus, on the whole, the envisaged GST tax compliance system is non-functional," says the CAG report.

However, there is more to it than meets the eye. There were "errors" in estimation of likely GST revenue due to several reasons, beginning with fixing of rates. It was difficult to calculate the overall tax incidence due to Central excise and VAT and consolidating the two to arrive at a revenue neutral GST rate. "The earlier regime had Central sales tax (CST) for inter-state supplies. The price of a product thus included CST and VAT components other than excise duty. However, while input tax credit was available on VAT and excise duty, it was not available on CST," says N.V. Raman, Partner, BDO, adding that there were also many state-specific exemptions and non-exemptions that did not reflect in the GST rates. He says many states, during the three years prior to the GST implementation, increased their VAT rates as the Centre's revenue payback was supposed to be based on mean rates of five previous years beginning 2016/17. "So, when the rates were brought down (after GST), there was lack of clarity on GST revenues as against the collections under the earlier regime," he says. Then there was lack of clarity on transitioned credit on erstwhile excise and VAT available with businesses. Because of lack of documents, many businesses could not claim the full credit available to them.

All these factors, along with continuous rate rationalisation, never allowed the government to have clarity on the revenue it would collect. Besides, before the implementation of the e-way bill from June 1, 2018, the government had no idea whether businesses were reporting all their transactions or not.

According to a Kotak Economic Research analysis, even though the government revised down its budgeted GST collections, the current run rate of Rs 91,500 crore monthly collections (after refunds) is well short of the budgeted run rate of Rs 1.06 lakh crore. The required run rate for the rest of FY20 is now around Rs 1.14 lakh crore. At the current run rate, the government could see a shortfall of Rs 1.8 lakh crore - Rs 67,200 crore in Central GST and Rs 1.2 lakh crore in State GST collections.

Queering the pitch further is the ongoing slowdown. The Reserve Bank of India (RBI) has revised its 2019/20 GDP growth estimate from 7 per cent to 6.9 per cent (the growth rate was 6.8 per cent last year). Some think tanks and institutions have made more dire forecasts. For example, New Delhi-based National Council of Applied Economic Research expects GDP growth to slow to 6.2 per cent in 2019/20 from 6.8 per cent a year ago. The slowdown is visible in many sectors, including automobiles, FMCG, real estate and consumer durables. This will impact GST collections in a big way. A slowdown impacts organised players, which are registered GST payers, first. "When we have a slowdown of the kind we are encountering now, GST collections are hit more because the largest collection happens at the primary manufacturing point," says M.S. Mani, Partner, Deloitte. He says 90 per cent GST is paid at the first stage of the sale. "If an automobile company reduces manufacturing, the first impact will be on the GST it pays. Given that they pay a 28 per cent tax plus 14 per cent cess on a base value of something that costs, say, Rs 10 lakh, Rs 4.2 lakh goes away for every car that is not dispatched. The dealer merely pays tax on value addition. So, if a dealer earns Rs 50,000 on a Rs 10 lakh car, the GST he will collect will be very small," he says.

Technology, which improves productivity, is acting as a double-edged sword in case of GST. In the last five years or so, every decent-sized company has connected the entire value chain right up to the retailer through SAP and ERP systems. This helps them get real-time information of sales. "Today, an automobile company knows in real time what the dealer sitting in Noida is selling. The moment a dealer punches in an order for a customer, the automobile company's database gets updated. The moment this happens, the vendors' databases also get updated. Even a slight dip in tertiary sales translates into reduction in manufacturing sales immediately," says Mani.

The government, on its part, is carrying out a sector- and state-wise analysis of GST collections. Speaking with media after a consultation meeting with industry, Revenue Secretary A.B. Pandey said GST collections had seen 9 per cent growth in first four months of the financial year. He said the government was analysing sector-wise collections to understand which sectors had been hit by the slowdown.

As pointed out by the CAG, roll-back of invoice matching has made the system prone to ITC frauds and made the compliance system non-functional. The finance ministry has estimated GST evasion of around Rs 45,000 crore in 2018/19; a big chunk is due to fake invoices. Finance Minister Nirmala Sitharaman informed the Lok Sabha on July 1 that GST officers had detected 535 cases of fake invoices involving fraudulent ITC claims of Rs 2,565 crore in the current financial year. In 2018/19, 1,620 cases, involving fake ITC claims of Rs 11,251 crore, were detected.

Nidhi Goyal, Managing Partner, Avinav Consulting, a CA firm, says the practice of generating fake invoices is rampant, and it is not always easy to detect such frauds. A member of a traders' association says tax officers asked them to devise methods so that both the traders and tax officials can "benefit".

Some of the ways being used to evade taxes are more sophisticated. "Often those who buy goods in cash do not insist on pakka bills. These bills are then sold to entities in the business of exporting goods. Instead of exporting genuine goods, they export miniature or fake versions, thus claiming both input credit and duty drawback," says a lawyer.

Another method involves using layers of subsidiaries to evade GST. "A business has six group companies. Each sells to the other company. The company with the highest sales closes down and vanishes. It files a winding up petition, which costs just Rs 12,000. If the tax department comes knocking at its doors, the promoter asks the department to file its claims with the liquidator. It is a good legal safeguard for Rs 12,000," says a CA. He says this is happening with the connivance of the tax authorities.

Some businesses are using the loopholes in the law. Nidhi Goyal of Avinav Consulting says businesses are taking credits on certain goods and services on which credit is not available. For example, some take credit on gifts under the guise of sales promotion. The law does not allow ITC on items bought for gifting. There are 12 items for which input tax credit is not available. Also, family-owned businesses book personal expenses such as holidays, LCD/LED, AC as business expenses and then claim ITC on these.

Tax evasion is rampant in the absence of invoice matching. The government has been extending the dates for annual return filing and GST audit, making detection of large evasions difficult. Even with all the checks and balances in place - the new return filing system is likely to be in place by January next year - it is unlikely that the evasion will be completely stopped. But the government would be hoping to minimise the leakage in the system. It would also be hoping that the economy picks up after the festival season so that GST collections see a slight improvement and achieve this year's Budget target.

"There Is No Question Of Me Not Meeting The Deadline"