As the wave of #MeToo transcends over India Inc., companies will have to get their act together to provide a safe and secure work environment to all employees.
Sonal Khetarpaland A Taj Hotels employee's accusation of sexual harassment in 2015 against the then MD of the company, Rakesh Sarna, was probably the first time in the recent past, when a woman employee of a company came out in the open and complained about her senior's inappropriate gestures towards her. The senior management at the Tata Group (then headed by Cyrus Mistry) had commissioned an enquiry against Sarna, which ultimately gave him a clean chit. The unhappy employee put in her papers saying that she no longer felt comfortable working in the Tata Group. Sarna continued in the organisation till the exit of Mistry. He quit citing personal reasons in 2017 after his term ended. Whether the complaint played a role in this is not known.

The #MeToo movement where more and more women are mustering courage to speak about sexual harassment at their workplace, has led companies to take swift action. Tata Group, for example, has been more proactive with the recent complaint against Tata Motors Corporate Communications Head Suresh Rangarajan, by asking him to go on leave till the inquiry is completed. Advertising and communications conglomerate, Publicis India, fired Executive Creative Director Ishrath Nawaz on allegations of sexual misconduct. Yashraj Films sacked its senior executive, Ashish Patil, while film production company Phantom Films was dissolved as one of its founders, Vikas Bahl, was facing harassment charges.

There have been a few high-profile cases earlier too, but did not lead to a mass movement. A former employee of The Energy and Resources Institute (Teri) had alleged sexual harassment against former Executive Vice-Chairman R.K. Pachauri in 2016. A Delhi court has ordered framing charges against him.

A recent report says that Nifty companies have reported over 600 cases of sexual harassment complaints in the last one year. While IT company Wipro topped the chart with as many as 101 complaints, ICICI Bank was second with 99 complaints. But this is surely just the tip of the iceberg as a large number of women employees in corporate India are still not able to voice their concerns about harassment at their workplaces as they simply don't feel comfortable doing so.

One of the biggest reasons of women not speaking up in corporate circles, says Nirmala Menon, Founder and CEO of diversity consulting firm, Interweave, is the fear of retaliation. "Complainants are scared that the company will ask them to leave, fearing she is a troublemaker. It might not be as blatant but they fear that companies will start fault finding or label her a poor performer or not extend her contract," she says. Isolation, she adds, is the biggest act of retaliation by companies, and this "ensures that the person quits eventually". Nandini Verma (name changed), a senior executive at a KPO for a US-based company, says that when she reported to the HR manager about sexual comments made by her manager, she was kept out of projects even though she had won the best employee award thrice. "They started demoting me and gave reasons for not giving me an increment. The team also started talking behind me, saying I was a flirt. Eventually, I quit the job as my self-respect was more important," she says. Often, teammates show solidarity with the perpetrator who may be senior in position because there is a fear of retaliation for witnesses too.

Menon says sexual harassment is also a form of power play in companies. "They assess the targets and see where they can ensure that she will not complain. And in case she does, they can say she is a poor performer, or create circumstances under which she calls it quits," says Menon.

The Supreme Court has mandated that the Sexual Harassment of Women at Workplace (Prevention, Prohibition and Redressal) Act, popularly called Prevention of Sexual Harassment or PoSH Act, be followed. Clear guidelines have been laid regarding employers' responsibility in addressing these issues at the workplace (see box). The Act's definition of sexual harassment is broad and includes physical contact and advances, request for sexual favours, making sexually coloured remarks, showing pornography, and unwelcome physical, verbal or non-verbal conduct of sexual nature.

However, the understanding of sexual harassment is still limited to physical contact and advances, says Menon. No wonder the PoSH Act has made it mandatory for companies to organise training and awareness sessions on gender sensitisation and also what constitutes harassment since often the excuses given by the perpetrator are "I was misread", "It was a joke" or "It wasn't intentional".

It must be understood that even a look, text, chat or gesture can be harassment. 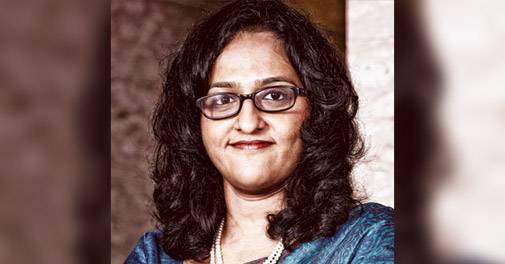 "Sexual harassment is not only about the man's intent but about the woman's perception," says Sharanya G. Ranga, Partner, Advaya Legal. She explains that in her role as an external member in some of the internal complaints committees set up by companies, there have been cases where a woman employee has complained about some men colleagues using vulgar language or shouting swear words at each other in the workplace. Though not directed at her, the language made her uncomfortable and created a hostile work environment. She says the men colleagues were shocked by the complaint as they thought it was in jest.

Given the nature of sexual harassment complaints, says Ranga, concrete evidence may not be available in all instances as such acts mostly happen in private spaces - in a vehicle, conference room, etc. In such cases, the committee has to go by the principle of 'balance of probabilities', i.e., decide in favour of the party whose version is more likely to be credible based on the facts of the case and available evidence. Companies should ideally not dismiss complaints for lack of evidence alone.

In Letter, Not Spirit

The PoSH law is five years old and still evolving. Multinational companies tend to be more compliant regarding the law while Indian companies usually implement the rules after an incident has occurred. Take the case of comedy group AIB, whose founder was aware of the sexual misconduct of their freelance writer Utsav Chakraborty for over a year, but chose to ignore it.

Companies may take the risk of finding a compromise solution that does not involve the star executive leaving because of the value the person may hold in the company. There may also be a concern that a one-off complaint may be a consensual affair gone wrong.

"It finally boils down to which person in the organisation is expendable and who isn't," says Payal Chawla, founder of law firm JusContractus. Rohini Prajapati, a former HR professional, shares an instance of when the internal complaints committee found a senior member guilty and asked him to leave, but the manager refused to let the person go because of the critical work he was handling. It was only after a week or so of top leaders putting pressure that he was terminated.

A leading lawyer explains that this happens due to the tendency to not distinguish between personal and professional. "Employers often have the attitude that they are concerned only about the value a person brings to the company, and that they should not meddle in his or her personal life. Companies forget that personal and professional are not exclusive to each other." For example, Sarna's performance in turning around the Taj Hotels within two years of taking charge meant he was a valued leader in the group. The company instead moved the woman employee to a role in Tata Sons, which was not acceptable to her as she thought it was a demotion.

There are also many instances of a perpetrator being shown the door by one company but getting hired by another. In fact, most companies give consideration to the future employment prospects of the person they have shown the door to by not mentioning the reason for exit from the organisation. "Professional organisations don't ignore a sexual harassment episode if it comes up in reference check, and do not, as a matter of policy, progress with candidates who have a known history. With the #MeToo movement having brought the spotlight back on the issue, matters won't be brushed away and will be thoroughly investigated, and rightly so," says Reet Bhambhani, Partner at executive search company, EMA-Partners.

Ajit Thakur, Head of Film Studios, Media and Entertainment Business of Reliance Industries, is reported to have resigned after a sexual harassment complaint was made against him by a screenwriter.

The revenue officer of a leading media company was asked to go when a junior woman colleague leveled complaints of sexual harassment against him. The man was hired by a rival company, while the complainant continued to face the brunt. "Since she was a sales person and had to meet the same set of clients, she began to be looked upon as a trouble-maker, as the one who had maligned her senior colleague. It became so difficult for her that she finally gave up her job," recollects a senior media industry professional.

With the #MeToo campaign picking up steam, companies have realised that they could be defamed and would need to take an urgent look at their biases. "There will not be just reputational damage, it will also be difficult for these companies to hire and retain talent as employees look at a company's culture and want a safe and secure working environment," says Sairee Chahal, Founder of Sheroes, a woman-oriented community platform. She says that now companies will have to invest in not just ensuring that they are employee friendly but also set up an emotionally secure workplace where there is empathy and support, and the freedom to speak up.

The #MeToo movement, according to Meenakshi Menon, Chairman of media audit company Spatial Access, is an ideal platform for those companies that have invested in anti-sexual harassment best practices to attract the best of women talent and take their diversity agenda forward. "However, I do expect some patriarchal family-run companies to not want to hire women, at least in the short term, just to avoid trouble," she says. Rajesh of Avtar agrees that there may be an adverse effect. "There will be a fallout, especially for women employees in many small and medium-sized companies. It will be a knee-jerk reaction as companies may think that hiring women is an unnecessary headache. One needs to sensitize these companies about the importance of diversity."

At a broader level, however, Bhambhani of EMA-Partners, doesn't expect any impact on hiring of women. "It is preposterous to ignore 50 per cent of the population because of a fictional future event."

The scope of the PoSH Act needs to be widened, especially in an era when companies are talking about not just women in their workforce but also representation from the lesbian, gay, bisexual, transgender (LGBT) community.

"With decriminalisation of homosexuality, it is no longer an issue about women but includes people with all kinds of sexual orientation," says Menon. Tech Mahindra recently sacked its Chief Diversity Officer, Richa Gautam, after she was found guilty of discriminating against people from minority sexual groups.

As of now, corporate India has a lot on its plate if it wants to ensure a secure and fair work environment for all its employees.