Increasing adoption of UPI through bank wallets and third-party players such as Flipkart's Phone Pe, Amazon Pay and Google Tez is changing the payments sector. 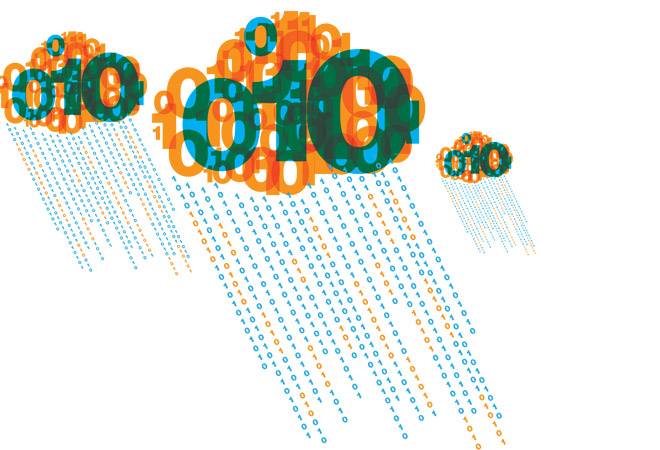 The Reliance Jio money app will soon throw its hat in the Unified Payment Interface (UPI)-based instant digital payments ring. Facebook-owned WhatsApp is also getting its act together to make a splash soon.

The entry of global giants such as WhatsApp or Reliance Jio, whose parent RIL also owns a payments bank, is expected to give further boost to an already rocking UPI, a payments system designed by NPCI that can be thought of like an email ID that your bank uses to transfer money through the Immediate Payments Service, or IMPS, which is faster than NEFT and works through out the day.

And considering the kind of interest UPI is getting from global as well as Indian giants, it is well set to dwarf all other payment systems, say experts. "The beauty of UPI is that your bank account becomes portable. A third-party app allows seamless fund transfer using your bank account," says Mandar Agashe, Founder & Vice Chairman at Sarvatra Technologies, a technology provider for UPI transactions in India.

More than the traditional banks such as SBI, ICICI and HDFC Bank, it is the new players such as Reliance Jio or WhatsApp that are stirring up a storm around UPI. "Imagine people sending or receiving money just the way they send pictures and videos via WhatsApp," says a Fintech player, while adding, "players with deep pockets like Reliance Jio can storm the market with discounts and cash backs to wean away customers."

Clearly, all this is going to electrify the entire payments space as hundreds of banks, payments banks, small finance banks, fintech players, global social media giants, e-commerce players and non-bank entities join the party. "The more the merrier," says a player. "The entry of big players will intensify efforts towards a less cash economy. It will open up the market eventually," says Hemant Gala, Head of Payments at PhonePe, owned by e-commerce player Flipkart. PhonePe was the first non-banking entity to realise the potential of UPI. Now, there are also Google Tez and Amazon Pay, the two big giants with very different set of customers.

The early story of retail payments in India was led by PayTM, which was a non-bank entity then, though it now runs a payments bank. PayTM claims it is the biggest contributor to UPI payments with close to 180 million transactions in October this year. In the last six months, it has seen 600 per cent growth in UPI transactions. PhonePe is also riding on big volumes. In the first 26 months of its launch, it has crossed one billion payment transactions on its mobile app. These include debit/credit card, UPI and other digital payments. PhonePe claims to have over 100 million customers.

The UPI journey is only two years old but it is growing exponentially. The payments rose from Rs 6,900 crore in 2016/17 to Rs 1,09,800 crore in 2017/18, a rise of 1,481 per cent in a year. The way it is growing, it will soon overtake IMPS, which clocked Rs 8,92,500 crore worth of transactions in 2017/18. Experts predict that UPI-based payments will gradually eat into IMPS and NEFT payments, which together account for Rs 181 lakh crore in transactions value in a year. NEFT is the most widely used electronic instrument under the retail electronics category.

Card payments, including prepaid payment instruments, will also soon see UPI moving past them. In 2017/18, total card payments were at Rs 10,60,700 crore. This is, in fact, one business which faces an immediate threat from UPI.

There are several reasons for this trend. UPI's biggest strength is its design. It is a 24x7 system for money transfer from one bank to another. Anyone with a bank account can link the account with UPI through his mobile phone by creating a virtual payment address with a PIN. He or she doesn't need to disclose any bank account number or IFS code. This makes it a much faster payment tool than a card where one has to log in card details, CVC number, expiry date, etc. UPI is not only aiding in peer to peer transactions but also helping in peer to merchant transactions.

And NPCI is leaving no stones unturned to make it the preferred method for providing payment services. In May this year, it signed up with Payso Fintech to create awareness about the system in Mumbai, Pune, Bhopal and Indore. The aim was to train 600 graduates and post graduates who will help merchants understand the merits of cashless payments. In the past, electronics payment technologies have taken decades to catch on. Even today, there are people who prefer going to a branch to withdraw money instead of an ATM. The payments space itself has taken decades to evolve from being paper-based to a fully digital system. The 80s saw the path-breaking shift from manual clearing of cheques to automated clearing through use of magnetic ink character recognition (MICR). In the 90s, electronic fund transfers made life easier for things such as payment of a home loan EMI or receiving dividend/interest from companies. In the 2000s, there was a much faster rollout of digital technologies with the introduction of national switching systems for ATMs, launch of RTGS, NEFT (retail payments), IMPS and cheque truncation system. But it is UPI that is being called the 'brahmastra' of the payments space. And for good reason too.

Experts say the biggest difference between UPI and earlier technologies is that UPI allows even non-bank players to onboard bank customers and offer payment services. "UPI may create a platform for non-bank players to dominate the payments space," says a market player. Many predict that banks will be relegated to the back-end and non-bank biggies will innovate and delight customers at the front-end. "Our competition really is cash," says Gala of PhonePe.

The new players are converting cash into digital in several new areas such as small payments, though some argue that the growth of third-party apps is taking place only because of discounts and cash backs. They all are bleeding in terms of balance sheet strength. "The model is not sustainable," says a banker. But non-bank players say discounts and cashbacks are necessary to attract customers to digital platforms. In fact, NPCI, which is more of a regulator for retail payments, is also using the discount route to bring people on the UPI platform. This Diwali, it offered users value-added services on brands such as Ola, Spicejet, Foodpanda, Indian Railways, etc.

Gala of PhonePe says players that have the widest range of products, best distribution model and solve customer issues will get a larger mindshare of customers. "We are trying to solve issues around sending money, spending money, managing money and growing money," says Gala. Agashe of Savatra Technologies says banks and non-banks are two distinct players. He is referring to dedicated customer audience for a player like Google or Facebook or Amazon. They all offer a particular user experience. "It's all about better user experience. The customers will tend to move to a place which offers better overall experience," says Agashe.

After some traction in peer to peer transactions, the players are looking at the huge merchant transactions business because of the low cost model of UPI that does not require expensive POS machines. The merchant acquiring business for card players could not grow in the hinterland because of the high cost. The bankers, too, were not interested, with the exception of a few large players such as HDFC Bank, Citibank, Axis Bank and SBI. "It was a loss-making business for many banks but what encouraged them to sign up with merchants was their account with the bank and the float of money it provided them," says a former banker. The new breed of payments players is already targeting the small merchant business through a partnership model. For example, PhonePe has a QR for merchants which is interoperable with other banking apps. "We are committed to creating an open ecosystem where all other players can also benefit," says Gala. Probably all the players have to think about building an ecosystem which is more open than creating multiple solutions for merchants.