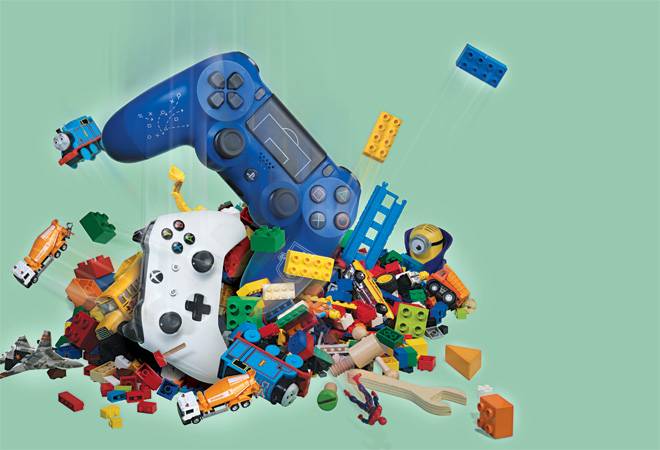 It's a Sunday afternoon and five-year-old Sara is busy building a toy house with her favourite Magna-Tiles (3D magnetic building tiles said to be good for developing a child's fine motors skills). "It will take me 10 days to finish building my toy house," she announces, as she tries hard to assemble the tiles. Her mother, Amrita Mishra, a banker by profession, says she got the 200-piece set carted all the way from the US during the last Black Friday sale. "Indian toy stores don't have toys that increase a child's imagination," she says, as she helps Sara put together the floor of the toy house.

Mishra's biggest concern is that at a time when mobile screens are reducing children's attention span, toy manufacturers and retailers aren't doing enough. "First of all there are hardly any toy stores, barring Hamleys. Even there, you find either Barbie or the usual syndicated toys (such as Spider-Man or Mickey Mouse). Why should I buy syndicated toys? My child isn't a walking advertisement," she says.

Mumbai-based media professional Kavita Sen agrees that there aren't many good toy stores where she can take her eight-year-old daughter to. "To draw my daughter's attention away from digital screens, I insist that she play with toys. But apart from Hamleys, there aren't any options. There were a few toy stores in my locality, but they have shut down or scaled down."

One would expect that with a population of 1.3 billion, the toy market in India would be expanding. But the fact is that the Rs 4,500 crore-organised Indian toy market has been stagnant for the past few years, though Reliance Retail buying Hamleys for $88.5 million has changed that. The acquisition gives Reliance a presence in 18 countries with 167 stores. But in India, the once ubiquitous neighbourhood toy stores have almost vanished. There are mom-and-pop stores or a one-off local toy chain, but they mostly sell low quality China-made toys. As many of the pieces are fake, they are retailed at a fraction of the price of an original. "The number of toy stores has reduced significantly," agrees Govind Shrikhande, Former MD of Shoppers Stop.

In fact, the UK-based Hamleys followed by Crossword, are the only two serious toy retailers in the country. Super-market chains such as Big Bazaar and DMart do have toy sections, but they are small, and large format retailers such as Lifestyle International have completely exited toy retailing. "Retailers are not serious about the way they want to sell toys," says Kumar Rajagopalan, CEO, Retailers Association of India. Despite a large population, India accounts for just 0.5 per cent of the global toy market. The size of the organised toy industry is estimated to be Rs 3,500-4,500 crore, of which homegrown toys constitute 12-13 per cent. The lion's share - 87-88 per cent - belongs to international brands such as Mattel and Fischer Price, whose products are imported in India, which makes the price tag only bigger. For example, at Hamleys India, basic sets (16-32 pieces) of Magna-Tiles cost Rs 3,000-5,000, while more elaborate sets can be as expensive as Rs 14,000. The more well-known Barbie doll costs about Rs 350 at the entry level, though the average range would be Rs 700-800.

Apart from the cost barrier, "toy manufacturers and retailers haven't invested in creating that magical experience," says Rajagopanlan. The Barbie section of Mattel stores in the US, for instance, have makeover rooms where children can dress up their dolls. "The most crowded section in the store is the salon, where they give a hair wash to their Barbie and a makeover," points out Rajagopalan, who feels that Indian toy retailers are not investing in such experiences.

Shrikhande feels toy retail has not shrunk but isn't growing the way it should have. "If you ask me, from a child's point of view, there is huge demand, but toy brands have not been able to convert that demand into sales" he says.

The Disney store at Times Square, New York, is iconic. But in India, the company's retail strategy has been fragmented, points out Shrikhande. The Walt Disney Company's merchandising and licensing revenue is minuscule in India (over 30 per cent of Disneys global revenue comes from licensing and merchandising), compared to its global revenue. "Marvel, for instance, works with different partners to distribute characters such as Spider-Man and Super Man. Had they gone with a big partner, they could have done really well," he says.

Madhu Kishore, Business Head, Ultra Toys, says toy retailing is not growing at the rate it ought to because in India shopping for toys is considered frivolous. "Most Indians don't look at toys as an investment to develop their child's learning skills. If they go shopping and the child cries for a toy, they do so in order to buy peace. In the US, for instance, toy shopping is a planned activity. They buy toys with certain features because they believe it would help their child."

Sagar Masand, Co-Founder of Mumbai-headquartered toy manufacturing company Sunny Industries, says lack of a well defined trade model allows the unorganised sector to be at the better side of the trade. "If you visit a small toy shop, you will see that the shelves are packed with 80 per cent Chinese toys and 20 per cent industry toys. The Chinese toys do not comply with trade channels and hence are cost effective."

In September 2017, the Indian government had revised policy guidelines for imported toys, making certification by the Bureau of Indian Standards mandatory. Lokesh Kataria, Head-Marketing, Mattel India, believes the move has helped the industry. "Toy distribution is expanding in Tier II-III cities. E-commerce sites like Amazon and Flipkart have also made it easier for people to buy toys that were not available in the normal distribution set-up in these cities." Kataria says that almost 15-20 per cent organised toy sales are coming from e-commerce platforms.

However, unbranded China-made toys have a significant price advantage that's difficult to compete with. It isn't too difficult to find small toy shops selling replicas of Marvel or Mattel characters at a fraction of the price.

While there is a market for China-made toys, those who have access and can afford it, prefer buying toys from abroad or at domestic airports. Toy retailing at airports has been picking up, says Shrikhande, often fuelled by parents' 'guilt'. "Often, both the father and the mother are frequent travellers and are unable to spend time with their kids, so they indulge in an expensive toy when they get back home."

Toys, especially for older children, face stiff competition form digital gaming. And from a retailer's perspective, toys don't make economic sense because not only are the number of children playing with toys reducing, the margins in the business are also coming down. Bulky packaging means a toy box occupies a lot of place and doesn't justify the per square feet profitability. "In clothing you can stack one above the other. Toys classically come with a form and that form comes boxed in something. That takes a lot of space. Those spaces don't produce as much result," explains Shrikhande. In fact, Shoppers Stop has drastically cut down its toy retail space in the past few years. 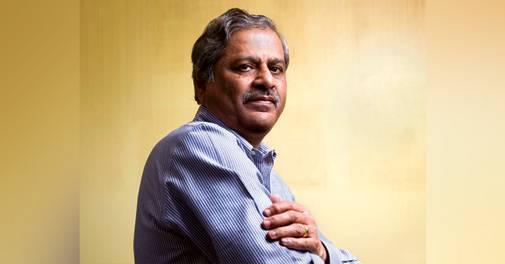 In the case of Lifestyle International, they had to make a choice between being a multi-category lifestyle retailer or a pure-play fashion retailer, and Vasanth Kumar, MD, Lifestyle International-India, says they opted for the latter as fashion was growing faster. They consciously decided to exit categories such as toys which were not as profitable. "Most department store sizes internationally are between 200,000 sq. ft and 100,000 sq. ft, but our stores are just about 40,000 sq. ft. We had to choose as we couldn't do everything," explains Kumar.

Standalone local toy shops have also been hit by a combination of competition from e-commerce platforms, low per square feet revenue and digital gaming.

What shocked toy shoppers as well as the industry was the bankruptcy of the American toy retailer Toys R Us. The retailer was heavily in debt, but the bigger reason for its downfall, according to experts, was its complacency. The likes of Walmart and Target clinched deals for major toy licences and soon consumers didn't feel the need to visit a Toys R Us store just to buy toys; they could do that while buying groceries. The company is also known to have ignored the e-commerce threat. Platforms such as Amazon offer many more SKUs, and toy purchases shifted online. The toy retailer did come up with an omni-channel offering last year, but it was too late.

In India, one of the ways toy stores could attract more buyers is by innovating and creating unmatched experiences. "Retailers have to create experiences that parents will not be able to refuse," says Kumar of Lifestyle. The experiential factor will play a big role in driving more value from each product, says Kataria of Mattel.

Apart from creating experiences, established toy manufacturers also need to offer quality toys at affordable prices. "We have offerings in each and every price bracket. Our largest selling toy in the world is also the largest selling toy in India, the Hot Wheels basic car. That is sold at Rs 120. Entry level Barbie dolls are priced at Rs 349. We already offer a lot of products that are really affordable," justifies Kataria.

But the fact remains that getting access to well-priced good quality toys is a huge challenge in India. Also, thanks to digital games, children older than eight playing with toys has reduced, so the toy industry urgently needs to get this age group back into its fold.

Making in India could be a solution. "The Make in India policy gives a single window clearance with a lot of opportunities to manufacture in the country," says The All India Toy Manufacturers' Association Chairman, Manish Kukreja. He says if toy companies start manufacturing in India, not only can prices of quality toys become competitive, it will also reduce piracy.

Toy experts believe there is immense scope for toy manufacturers and retailers in India. All that they need to do is innovate.