In a fund starved market, private equity firms with oodles of cash are stepping in to pick up anything they can. But there are dangers
Rashmi Pratap | Print Edition: August 25, 2019 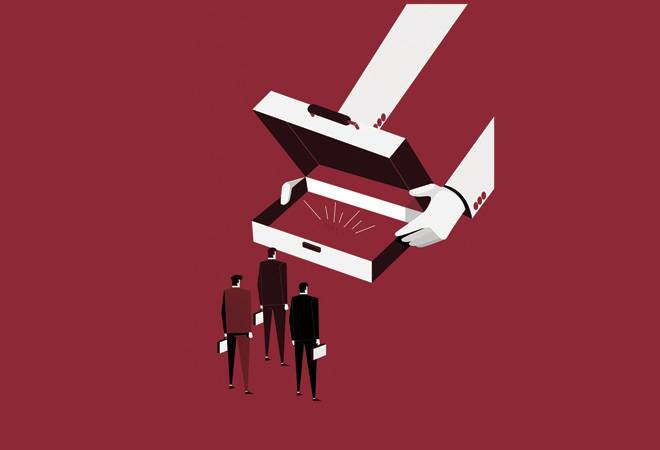 There's a recurrent theme in ace investor Warren Buffett's communications to shareholders of his holding company Berkshire Hathaway - a disdain for private equity (PE) firms. From accusing PE firms of charging unreasonable management fees to alleging that they are "lying a little bit to make the money come in", Buffett is one of the biggest critics of PE investors.

Before 2016/17, Indian promoters too felt the same way. "Bringing them onboard is akin to signing a slavery bond," the CFO of a large auto component firm had once said.

That perception is changing. With the economic slowdown hurting earnings of companies, traditional sources of capital drying up and debt rising, PE firms are now the only silver lining for cash-starved Indian companies. Once confined to funding smaller promoters, start-ups and IT firms, PE investors are now getting board seats on some of India's top tier companies, including government-owned entities. And they are here to stay.

Canadian investment firm Brookfield Asset Management has inked a deal to invest Rs 25,215 crore ($3.66 billion) in Reliance Industries's telecom tower assets in the single-biggest PE deal ever in India. Reliance Jio Infratel, the tower arm, will use the money to repay part of its Rs 37,000 crore debt, including the Rs 12,000 crore owed to RIL.

This comes just months after Brookfield agreed to buy RIL's loss-making East West Pipeline, also known as Reliance Gas Transportation Infrastructure, for Rs 13,000 crore in the largest ever deal in the infrastructure sector.

In July last year, Abu Dhabi Investment Authority (ADIA) and TPG Capital Asia invested $1.2 billion ($600 million each) for a 22 per cent combined shareholding in UPL Corp, a unit of listed agrochemicals giant UPL Ltd, in the largest transaction in that space. 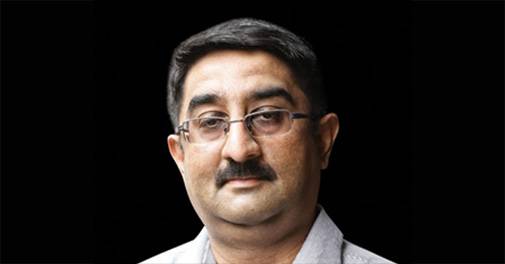 "Earlier, PE firms were doing mega deals with either new companies or mid-level corporates and taking them public in a couple of years. But now they are doing much bigger and more deals with larger companies," says Arun Natarajan, Founder of Venture Intelligence, a data and research firm on private company financials and transactions.

"The fact is that at this point of time, when capital is not available from banks, top PE firms are moving around in India with open cheque books. And big companies don't need mid-level money," says Natarajan.

The combined debt of all BSE-listed entities has gone up by 13.2 per cent in 2018/19 while corporate earnings have been almost stagnant for the last five years, making it imperative for companies to look for other sources to pare debt as servicing high leverage eats into profits and growth. 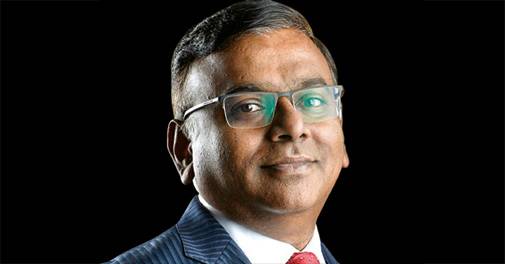 After divesting its entire stake in tower assets to Brookfield, RIL will get Rs 12,000 crore, which will help it reduce its own outstanding debt of Rs 2,88,243 crore as of March 31, 2019, by 4 per cent. Similarly, the Rs 8,000 crore invested by Singapore sovereign wealth fund GIC and SSG Capital Management in GMR Airports last May will help the company reduce its Rs 20,000 crore net debt as of December 2018. This is the largest PE deal in India's airport sector.

According to Ranu Vohra, Co-founder, MD and CEO of Avendus Capital, both demand and supply factors are leading to a growing acceptance of PE firms by top companies. "On the demand side, a lot of promoters are trying to deleverage their balance sheet and raise money at a time when the business plan requires more capital and projects require more time. PE (firms) are the predominant form of funding at this time when long-term equity is just not present."

The overall market capitalisation reached an all-time high of Rs 157 lakh crore in January 2018. However, there has been a severe polarisation, with only a few Nifty50 stocks participating in the rally. So, while cash-rich companies are commanding record valuations, those requiring fresh capital have seen a sharp decline in market capitalisation, making it difficult for them to raise equity capital from the domestic market.

"India is a capital deficient country and capital is needed across the board. So, the presence of PEs is increasing," adds Vohra.

Besides cleaning up debt, the other reason PE money is sought is divesting of non-core assets by promoters, leading to transfer of control. Ganeshan Murugaiyan, Managing Director and Head of Investment Banking and Strategic Coverage, BNP Paribas India, says larger business groups are open to aggressive restructuring of their portfolio by selling non-core assets and re-deploying capital in other businesses.

This is, however, in stark contrast to the attitude of Indian promoters a decade back when selling 'family silver' only meant financial despair. "Earlier, control deals had a negative connotation and were seen as a kind of distress exit, whereas now it is considered alright to do it as part of portfolio management," says Murugaiyan.

Often, succession planning at family-run businesses also a reason behind these exits. "It is no more the general progression where promoter thinks about succession planning as second and third generations get into the business. As they see the benefits of a professional PE management, and if the interest of the next generation lies elsewhere, they are comfortable bringing in PE investors," says Tarun Bhatia, Managing Director and Head of South Asia, Kroll, a global risk consultancy firm.

Vohra of Avendus says the promoters are looking at setting up next generation businesses for the next 10-20 years and exiting traditional businesses due to change in the global economic environment. "With availability of control capital, deal sizes have become bigger," he says.

Max Group is a case in point. Analjit Singh, Founder and Chairman of Max Group, sold his chain of 13 hospitals to PE major KKR-backed Radiant Life Sciences and followed it up in February by selling his 51 per cent stake in Max Bupa to True North. "Our aim is to recreate the Max India story all over again by seeding high-potential businesses and doing them the Max way, which will likely create significant value for those who stay invested with us," Singh had said in April.

Bhatia of Kroll says a key shift has taken place over the last couple of years - the Indian market has become a lot more comfortable with the concept of buyouts.

Moreover, says Murugaiyan, there have been several successful exits - PE to PE; PE to strategic investor; or IPO in the Indian market - giving confidence to investors as well. "Now there is an established proof of concept that the entry and exit work smoothly in India and can be done for sizeable control deals as well," he says.

According to EY's Private Equity Monthly Deal Tracker, PE and venture capital exits were at $26 billion in value in 2018, almost equal to the value of exits in the previous three years combined.

PE investors need to meet their internal rate of return (IRRs) targets, and in an emerging market scenario, they are heavily dependent on growth. "India is still one of the emerging markets that offer good growth potential and have not had a major accident so far. India remains attractive from the macroeconomic and political stability perspective despite issues like currency depreciation or the recent slowdown in growth," says Murugaiyan.

PEs deploy funds from a global pool of capital and compare the risk-reward metrics to other investment opportunities that they have. That is why, says Murugaiyan, it will not be correct to think of PE firms as just bargain hunters. "They do not buy because valuations are cheap but buy at a point when they can make returns on their investment," he says.

Currently, some of the distressed promoters like Kapil Wadhawan of DHFL and Subhash Chandra of Essel Group are scouting for buyers for their businesses to repay debt. While both have been in talks with PE firms and strategic investors, no deal has been finalised yet.

"There are separate distress and turnaround funds which look at distressed assets. But a majority of PEs are looking for growth as the primary thesis of their investments. PEs can buy at high multiples also if they believe they can make returns on their investment and exit in five to seven years," Murugaiyan adds.

With PE steadily gaining a firm footing in India, it may also impact corporate culture in the long run. Vohra says there are bound to be subtle as well as dramatic changes if PEs continue to get a bigger slice of India Inc. "Most PE funds invest for a certain time frame. Sometimes, they get a newer management, aligned with the PE investors, to get the metrics right in a specified time period. So they move in a focussed direction to achieve the metrics," Vohra says.

Moreover, with a PE investor, any organisation that is largely family-driven with centralised decision-making, is bound to become more decentralised. "Their presence will also impact the board structure along with compliance and governance," adds Vohra.

Relationships of company promoters with PE investors are not always fairy tales. In fact, if returns on investment are not as expected, PEs can be the biggest nightmare for any entrepreneur. While Cafe Coffee Day Founder V.G. Siddhartha mentioned in his last letter that one of his PE partners was forcing him to buy back his firm's shares, this is just one instance of how PEs can be a bane.

Typically, PEs buy into equity but their investments are structured on the lines of debt as they expect fixed returns. And when companies come under financial pressure, unable to generate the promised returns, they are taken over by the PE firms.

In India, Lilliput Kidswear owner Sanjeev Narula moved the court in 2011, alleging that PE investors Bain Capital and TPG (owning 45 per cent) were trying to take over control of the company by choking funding. The claims were disputed by the two PE partners. Other relationships that turned sour include that of Sagar Ratna founder Jayaram Banan and India Equity Partners; Maiyas Beverages founder P. Sadananda Maiya and PE investors including Peepul Capital; and clash of Actis Capital with Mudaliar family, promoters of Nilgiri Dairy Farm.

Since PE firms in India were so far getting access to only small and mid-sized companies, the severity of disputes was at a similar scale. As they get into bigger companies, equally bigger battles for money and control cannot be ruled out.

The growing presence of PE firms will lead to apparent changes, but the fact remains that they offer a robust pool of capital which is a credible alternative to capital markets or strategic exits for companies.