Leisure travel in India is set to witness a new boom as millennials get ready to splurge.

Today you do not have to go far to experience five-star living. Upscale hotels are popping up faster than you realise and they are closer to home. Or you can zip across the country to find your dream destination and live a decadent life for a couple of days with the family in tow - a perfect way to reboot one's life. From epicures or backers of sustainable luxury to young adventurers looking for premium and personalised experiences, India's leisure travellers are a rapidly growing segment. And now that the millennials have started to globetrot passionately - many of them opting for bleisure and mixing business and leisure travel - Indian hoteliers acknowledge that leisure travel is on a roll.

The year 2017 was tough for the hospitality industry due to demonetisation, GST and the liquor ban. But most of the hotel chains have stabilised their base and are looking forward to taking advantage of the boom. According to Amitabh Rai, General Manager at The Oberoi Gurgaon, "Leisure travel has been growing consistently year on year and in the future, it is going to be a critical component of a hotel's market mix."

Vijay Wanchoo, Senior Executive Vice President and General Manager at The Imperial, New Delhi, concurs. "With the upsurge in cross-country and inbound travel, the entry of explorers across generations and a digital boom that requires a few clicks to get started, it is obvious that leisure travel in India will soon top the economic charts." Most of the luxury travellers at The Imperial are leisure travellers and many of them are repeat visitors. In fact, leisure travel, both domestic and international, accounts for 50 per cent of the revenue pie while the other 50 per cent comes from corporate travellers.

As India's GDP continues to climb along with the burgeoning population of the ultra-high-net-worth and the aspirational middle class with large disposable income, the hospitality industry is upping its game to cater to a growing customer base. International chains are expanding their footprints in India while mid-market and economy brands, largely catering to business travellers, are also following suit.

AccorHotels, the French multinational hotel group with a significant presence in India, is already in expansion mode with Novotel, its midscale brand, and Ibis, the smart economy brand. "With millennial travellers coming into the fold, the industry is witnessing a growing need for trendy and technology-friendly hotels not just for the corporate traveller but also for the leisure traveller," says Jean-Michel Casse, Chief Operating Officer, India and South Asia, AccorHotels. Casse adds that India is expected to be ranked among the top five business travel markets globally by 2030 and there will be additional demand due to growing domestic and international tourism. "The opportunity is undeniable," he says. And to satisfy the growing demand, Novotel targets 80 hotels in India by 2020 - both in business and leisure locations.

Gaining traction in the leisure travel market also depends on how hotels are creating experiences for its guests and redefining luxury in real time, going beyond the mandatory limousine pick-up and drop-off or a customised pillow menu. "The leisure customer looks for an experiential holiday in the context of where the hotel is located," says Rai of the Oberoi Group. 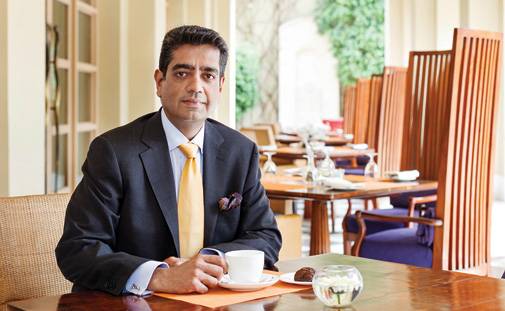 Consequently, The Oberoi Gurgaon will soon launch SLOW (sustainable, local, organic and wholesome), a product that will enable its guests to experience the local cuisine and culture. The hotel is planning to tie up with two havelis 40 km away where guests can dine with the locals and get a first-hand experience of their culture as the bauls (mystic folk singers) sing for them.

Then there is staycation or a stay-at-home vacation in your backyard, a top trend and a new holiday mantra. For indulgence, family time and a change of scenery, well-heeled urban millennials are now heading to luxe hotels close to home and keeping weekend occupancies buoyant too.

"Leisure travellers get into action over weekends and during festivals," says Alok Kaul, Director, Operations, at JW Marriott, New Delhi, Aerocity. The hotel mostly focusses on the upscale business segment, but it is all about kids in the pool and mamas at the spa during weekends.

Membership to the new Club Marriott is now combined with the existing Eat, Drink and More membership. And the deal is made sweeter as a hefty 30 per cent discount at the food and beverage (F&B) outlets, including K3, Akira Back and JW Lounge, and a 20 per cent discount at Quan Spa are bunged in for good measure.

According to Rai, staycations and weekend getaways have a huge market in the cities. "For people in Delhi, Trident is a getaway." What gives his properties an edge is that as a conjoined twosome (since the hotels are seamlessly connected), guests can enjoy five restaurants, two bars and two swimming pools sprawled across 17 acres.

Business and leisure packages are available at both properties (pricing varies between `11,000 and `27,500 a night), but the one that doubles the weekend occupancy is Trident Gurgaon Staycation priced at `10,750 (plus taxes per night). It starts on Fridays and throws in accommodation and daily breakfast for two as well as discounts, spa credits, yoga sessions and even a few pints of beer.

"There has been a sudden upsurge in domestic weekend travel as millennials do not believe in the concept of 'tomorrow'; for them, everything is 'now'. They usually de-stress on weekends and the trend sets them apart from the previous generation of travellers, especially in the domestic market," says Wanchoo of The Imperial. The hotel is offering a weekend break package valid throughout the summer. Expect to pay between `12,499 and `14,499 (per night including taxes) plus there will be 20 per cent discount on F&B, spa, an early 9 am check-in on Friday and a late 4 pm check-out on Sunday.

Upscale hotels are looking beyond popular resort destinations like Goa and Kerala due to a shift in travel patterns. Until 2010, business boomed mainly in the metros while it was seasonal in the hills and the resorts of Goa, Kerala, Rajasthan and Agra. But over the past 10 years, the steady growth of the Indian economy, developing infrastructure and increased connectivity have dramatically galvanised the Indian leisure-seekers. "So opening resorts across the country has started to make sense," says Ajay Bakaya, Managing Director of Sarovar Hotels and Resorts, one of the fastest growing chains with 75 hotels (a mix of five-star properties, mid-market and budget brands) and over 6,000 rooms in its kitty.

Bakaya, however, says top-grade luxe hotels "do not have a monopoly on leisure travellers as three-star and four-star facilities are now offering plenty of resorts and leisure destinations". 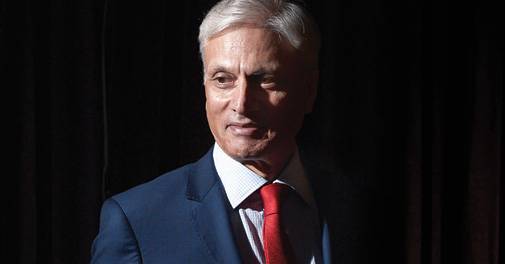 Although 70 per cent of Sarovar's properties cater to business travellers, its cache of resort hotels has climbed steadily to 30 per cent.

The Sarovar hotels in Thekkady, Mashobra and Palampur focus on leisure travellers while Hometel, Sarovar's budget arm, receives junior-to-mid-level executives and budget travellers. However, the Hometel in Jaipur mostly gets young travellers on vacation.

Just like its peers, Sarovar will touchdown on many resort destinations this year and the next. In April this year, an 81-key Sarovar Premiere will open in Jaipur while the chain will add a Portico each in Jaisalmer and Somnath later in the year. Bodh Gaya, Ajmer, Rajahmundry and Dalhousie will be added to its inventory in 2019.

The overseas market is also beckoning the homegrown hospitality chains. Sarovar, for instance, will open an 80-room Tetezi Hometel in Nairobi next year, a perfect gateway to the national parks that dot the country. The 82-room Sarovar Premiere Lusaka in Zambia, an all-suite hotel, will be launched in November 2018 while Sarovar Premiere Addis Ababa, a 101-key property, will open in Ethiopia next year. Overall, the company is looking to set up a total of 100 hotels by 2020.

Casse of AccorHotels predicts even better growth for the leisure segment as the mid-market is developing rapidly in India and is expected to drive a large part of the revenue in the future. In the next four years, approximately 15,000 branded rooms are expected to be added, with more than half of the supply coming from midscale and economy hotels.

Manav Thadani, Chairman of the hospitality consultancy Hotelivate, also thinks leisure will be the big trend of the year as his firm is getting more feasibility studies for leisure destinations than city hotels. "To start with, the land availability in those destinations is better than what you find in the cities and it costs less. Moreover, the cost of construction is generally low as there is no need for basements. Building a basement adds 10-15 per cent to the total development cost. Also, I have got empirical data that shows rates are higher in leisure locations (which means returns will be higher)," he says.