As the spotlight in India turns on encryption, we take a look at the growing trend of encrypted social media across the world. 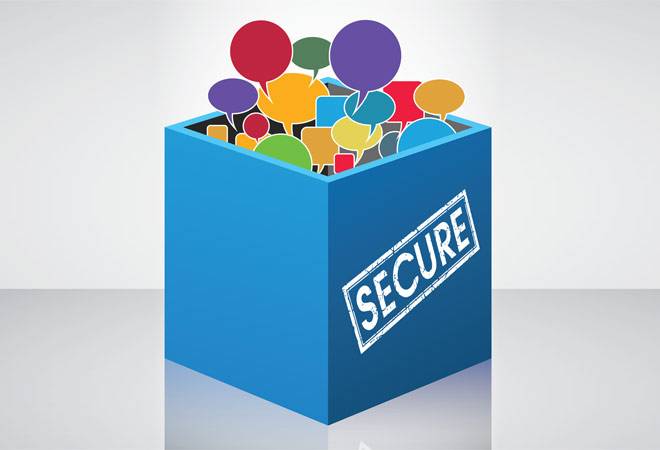 Now that the hullabaloo over handing encryption codes to the government has died down, it's time to look at the encrypted social media landscape. Data is gold for digital thieves and hackers. Which is why all information, be it sensitive messages or inane chatter on social media, is encrypted - with the code usually in the hands of the service providers. The Indian government in its draft encryption policy wanted the service providers to hand over this code, which led to a great furore. Imagine if the code fell into the hands of hackers.

It was a rather ironic move from the government considering that globally there is a move towards greater and greater encryption and privacy protection. Earlier this year, for instance, saw the launch of Minds.com, a heavily encrypted social network set up with support from Anonymous, a group of hacktivists. Minds works exactly like any other social network except that advertisers and government cannot access this as it offers end to end encrypted private messaging and greater privacy.

In the past, there have been attempts like Syme, a social media network that came up when Edward Snowden leaked documents to show the kind of spying done by the US government and how unsafe Facebook and Twitter were. The danger of posting anything on Facebook is that anybody can copy and paste the content to share over other platforms. What Syme offered was encrypted content which would be protected if someone tried lifting it off across the internet: basically intercepted content could not be accessed or read. Syme has been inactive for a while now, but a number of encrypted apps have come up to protect your Facebook and other chats.

Click here to Enlarge
For instance, Facebook users can use Cryptocat to have encrypted conversations with other Facebook + cryptocat users. Then there is Wickr, an app that offers features like auto destruct which allows users to time deletions of messages. Indeed, leaky chat apps like Facebook and Whatsapp have fuelled a host of new messaging apps that come with very high security settings. Take Telegram, built by Paul Duorv, founder of Russia's largest social network VKontakte, which is so heavily encrypted that it promises it can withstand infiltration by Russian security agencies. It has secret chat features wherein only the sender and receiver can read messages with not even Telegram staff able to intercept it.

Such has been the clamour for security and privacy that a body called Electronic Frontier Foundation rates apps across seven criteria to see which apps keep your messages absolutely safe from prying eyes. Telegram and Text Sure shine in EFF's scrorecard while Facebook, Viber and Whatsapp are shown as fairly easy to crack. EFF says it has published the scorecard to spur innovation around stronger security practices. But if governments demand encryption codes, then the whole security issue will collapse like a house of cards. ~

At a time when every platform is adding on a social feature or two, photo sharing app Storehouse is running the other direction. It has dropped its newsfeed and no more follows, likes or timelines will be seen on this app. "People are craving authenticity and real connections more so now than ever before," Mark Kawano, CEO of Storehouse said in a statement. It will henceforth focus on story creation through a new feature called Spaces. Now, a user can share features with a group of friends privately only through a link. Will the 1 million users of the app like this 'antisocial' twist?

In a bold gamble, food giant Nestle has decided to convert its Nescafe.com website into Tumblr blogs. All content on Nescafe's websites will move to the Tumblr platform. The rationale behind the move is to build stronger relationships with younger consumers. In a statement, Nescafés marketing chief Michael Chrisment said that "the dotcom is reflection of us talking to people; this approach is dead. It should be much more inclusive and allow conversations." The company hopes that by moving to a social forum, the brand's fans will be involved in content creation, and get casual endorsements from real users. Lets see if this works.