News
Magazine
Trends
What exactly are these ads saying?

What exactly are these ads saying?

Are advertisements, in today's time, creating a balance between what they should be communicating and what they actually communicate? 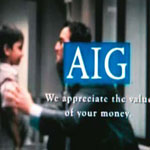 Responsible advertising, unfortunately, is beginning to sound like an oxymoron. Check out the growing din from the advertising community and the burgeoning list on Advertising Standards Council of India website for proof. “Advertising is a reality show of sorts, but ads also mirror aspirations and they need to be responsible as consumers are told that these things are real and meant for consumption—unlike in movies where they know that some amount of exaggeration is involved,” says Prathap Suthan, National Creative Director for South-West Asia, Cheil Communications, a leading global communications, marketing and advertising company and the market leader in South Korea. Ads have to walk a fine balance to gain attention in a market inundated with choices today. “Brand custodians need to be aware about various responses their communications can unleash. Even when something is liked and appreciated—like the old Hutch ad with the pug—it can have a tangential effect,” says K.V. Sridhar, National Creative Director, Leo Burnett, who says the ad, in addition to selling the brand, also sparked off a demand for pugs in the country (over 50,000 were imported, many illegally). “In my conversation with people associated with animal rights and Maneka Gandhi, I was shocked to discover that Indian conditions are not suitable to the rearing of pugs. They cannot give birth naturally and need caesarean,” he says. Apparently, there are not enough qualified vets to handle this; and, as a result, many have died for lack of care. Admittedly, Hutch (Vodafone now) cannot be blamed for this and the claim is not fully validated. “But cases like these highlight the need on the part of everyone involved to carefully study the ways in which people consume advertising—which is not always only for the product or service that they seek to promote,” says Sridhar. Then, some ads trivialise issues and unwittingly, poke fun at the poor. “I find the Voltas airconditioner ad (in picture) quite disturbing and insensitive. Somewhere, the ad is making fun of the poor even as its brand proposition remains a little vague and stupid,” says Santosh Desai, MD & CEO, Future Brands. In a different segment, children have also been soft targets and in fact there’s growing concern over this. “But there’s the TATA AIG ad that has a very small kid wandering around and gets a buck for helping an elderly lady… There are several issues at stake here and it’s really not cute or positive,” says Sridhar. The list is endless. Car and bike ads have routinely drawn flak from nodal agency Advertising Standards Council of India for perpetrating irresponsible and sexist behaviour. “It’s shocking the way they portray people pulling off dangerous stunts and depict bad driving. I also find the Mountain Dew ad, which shows kids driving down a hillside, quite unsettling,” says Suthan.

While many think that poor humour and bad behaviour masquerading as “cool” ought to be taken with a pinch of salt, as in real life, many in the ad frat itself feel that joke is wearing a little thin. Time, then, for advertisers and ad gurus to introspect? Sadly, we don’t think they will.