Brands have taken the smart way out and are increasingly resorting to apps to reach out to consumers. 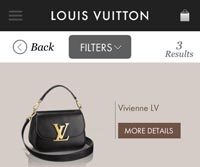 Would you say that without apps, smartphones are just bereft, soulless little gadgets?

Just imagine, no delectably cute emoji to get your exact expression across, no access to turn-by-turn directions and horror of horrors, no little creatures scurrying around the screen while you try to save them from a notoriously bad monster. As this barely grazes the tip of the iceberg for our app-addled brain, it won't be too far-fetched to say that these bite-sized yet powerful services are becoming our windows to the world. While the social significance of the trend may be disputed, the resonance that successful apps have had isn't necessarily a bad thing.

Brands have taken the smart way out and are increasingly resorting to apps to reach out to consumers.

A brand becomes tangible through apps, its glamorous image is magnified and its access value ironically rendered more exclusive. The creativity involved in devising apps has resulted in features that have an almost magical quality and goes beyond sharpening the feel of a product in its totality.

Here's a look at two very different apps that score high on creativity and consumer connect.

The Louis Vuitton Pass app redefines smartness and engages the consumer with a direct and intimate look at the product through access to minute details of the campaign images. It gives access to behind-the-scenes bonus content, including footage on how each image featured in the campaign was put together.

The ad experience is detailed and crafted to evoke a feel of luxury through its intricate features. The ads hinge on quirkiness and a noticeably high style quotient such as the one where models pose in masquerade masks while Bowie's 'I'd rather be high' plays in the background.

A short film by director Romain Gavras morphs into a ticket to style as all the products used in the ad are thrown up and detailed product information gets displayed in a tastefully designed Pinterest-like menu.

The thought that goes into the details, the keen eye to aesthetics and the drawing in of the consumer into the brand itself could well enhance the already phenomenal response to the brand.

On the other end of the spectrum, there is the constant burble of transient TV shows - swerving its way through the picky mass of fickle-minded consumers. We love to gossip and iCouch Android app gives us the opportunity to indulge in it wholeheartedly. The app enables real-time discussion and deconstruction of TV shows from the perspective of their social relevance.

The resultant creation of a community that watches the same shows sets the scene for a lively debate and a sympathetic consideration of the dynamics involved in TV shows, ranging from drama-sodden reality TV to game shows.

The app, apart from being engaging, gives live updates to viewers and encourages them to review their favourite shows. With the revolutionary potential to transform the way television shows are consumed, the app creates in viewers a coveted sense of inclusion. The app has partnered officially with Zee Cafe, Zee ETC, The History Channel enabling an engagement with their most popular shows.

Here's to bridging the gap between TV and the social media!