'Made in Punjab' hits the notch for fine dining

Sitting snug in the glamorous confines of Cyber Hub in Gurgaon, 'Made in Punjab' restaurant smoothly hits the notch for fine dining.

Bhatti Murgh Kebab
Anindita Satpathi/Anindita Satpathi
Exuding a hearty Punjabi vibe, 'Made in Punjab' faithfully lives up to its name, delivering much-loved staples of the cuisine with a quirkily delicious twist. Sitting snug in the glamorous confines of Cyber Hub in Gurgaon, the restaurant smoothly hits the notch for fine dining that doesn't burn a hole in your pocket. Its spacious well-lit expanse stretches luxuriously, spanned by partially sectioned off booths bathed in the light of the muted wicker and chocolate brown decor. A suspended frustum-shaped lamp throws its golden glow over the diners.

Made in Punjab finds it inspiration from within and skillfully turns it into a passion, owner Zorawar Kalra reveals. The restaurant is dedicated to the sheer exuberance of the cuisine - it pays homage to its roots, celebrates the authenticity of the flavours from undivided Punjab and serves it up with style.

We started with the World's Heaviest Lassi, a delightfully creamy and sinfully rich concoction generously flavoured with saffron. With a peda floating atop its gorgeous thickness, it was an exotic libation you wouldn't forget in a hurry.

The little details that go into making the dining experience delightful was evident in a wooden steppe style miniature shelf loaded with papads and a variety of dips. The kababaris, an Indian spin on garlic bread, took us by surprise with its combination of cheese on miniature soft discs of naan. The Palak Patta Chaat, replete with the tanginess of imli, was the best twist on the traditional snack that I've ever had. Refreshingly different from the usual chaat, it has all the regular ingredients doused in yoghurt, topped with a lightly fried palak leaf and sprinkled with pomegranate seeds. Galouti Kebab
The galouti kebab and a sprig of mutton boti, accompanied by a slice of warqi parantha, was a work of art. The meat, we were told, is tenderised with raw papaya for that melt-in-the-mouth texture. The Scotch salmon tikka shone out with its clean flavours and understated fullness - we could perceive traces of red wine, orange juice, cheese and yoghurt that it had been marinated in. 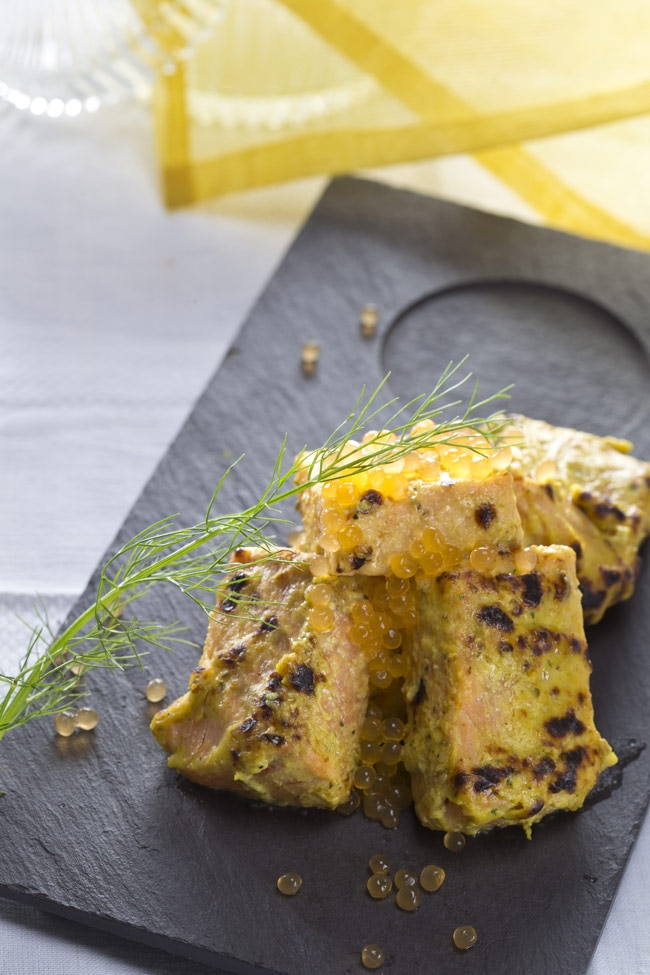 Scotch salmon tikka
Here you don't tussle with your meat; it satisfyingly slices clean off the bone with a single swipe of your knife. The bhatti murg kebab and the tandoori chaap that followed drove this point home. While the kebab had undertones of smokiness, the chaap was delightfully spicy on the palate. Half the joy of eating lies in the presentation of food and Made in Punjab is very particular about getting that right - yes, I'm talking about steaming kebabs aesthetically lined up on a quirky black rectangular plate and topped with a sprig of saag.

The beetroot tikki was experimental and had oodles of flavour - dusted with panko breadcrumbs, it had an oozy filling of cheese, nuts and raisins. We washed this down with freshly squeezed sugarcane juice - sweetened just right.

Taking the dining experience a notch higher was the curiously inventive daal trolley and the phulka trolley. Focused on interactivity, the trolleys are designed to be wheeled up to the table, where the subtle aromas of steaming daal assail your senses and the softest rotis are rustled up in front of your very eyes.

The daal saat salaam did justice to the gleaming daal trolley. It was a gentle medley of flavours, melding into each other and perfect with a squeeze of lemon.

The miniature aloo kulcha and keema kulcha were, quite literally, bags of flavour - spiced aloo and keema encased in semicircles of tender naan. 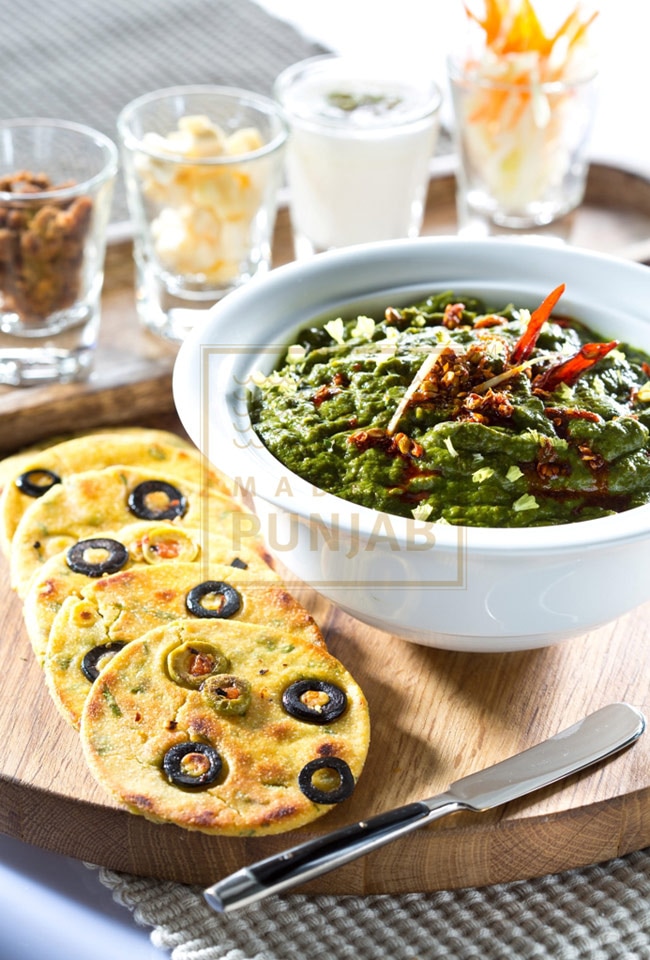 Sarson Da Saag Photo courtesy: Made in Punjab restaurant
Moving on to the mains, we had the railway mutton curry - succulent legs of meat topped with potato fritters and baby potatoes swimming in a thick curry - and creamy murg makhani. The latter - boneless succulent chicken pieces doused in gravy - was perfectly paired with the flavoured naans. And, last but not the least - the joy of Punjabis and food lovers the world over - sarson da saag and makki di roti. The saag was a gloriously thick green subzi paired with the mustard yellow, glazed rotis.

We ended our gastronomic journey with crisp slender rings of jalebi, suspended in thick rabdi, followed by fragrant rasmalai and golden brown gulab jamuns. For a taste of that near-tangible passion for food, Made in Punjab is perfect.