Gibson Through the Lens: A music photography exhibition

Vivanta by Taj-Gurgaon, in association with Gibson Brands Inc, recently hosted an expo in the form of a photo exhibition, dedicated to the history of rock and roll.

If you thought music cannot be caught in a frame, it's time you did some serious rethinking. Gibson Brands Inc recently partnered with Vivanta by Taj to offer Indian audiences a unique visual treat in the form of a photo exhibition titled 'Gibson Through the Lens'.

The highly acclaimed expo showcased many a rare visual of musicians enjoying private moments with their Gibson guitars - be it backstage, on the tour bus, at home, or live on stage - right through the early 60's to the present day. 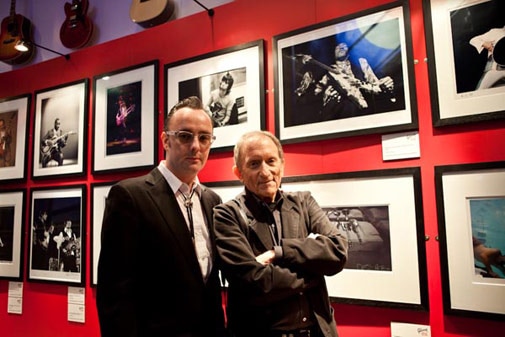 BT More: Of all the photographs you have archived in your lifetime, which one do you think is the most iconic?

Brolan: From this exhibition, I don't think it is possible to choose one. We have a combination of images of the world's most legendary guitarists taken by some of the most famous photographers. The idea was that each photo would be amazing, but as a collection, unique.

BT More: 'Gibson Through the Lens' has turned out to be quite a novel way for Gibson to celebrate its 120th anniversary. What made the guitar company come up with the idea, and how much were you involved in the ideation process?

Brolan: The idea started with a visit to the Gibson showroom in London, they had a fantastic display of instruments but no photos, we talked about getting some prints for the office and it developed into this exhibition. Gibson recognised the importance of photos that covered not only Gibson's history but also the history of popular music.

BT More: What genres of music, besides rock, does 'Gibson Through the Lens' touch?

Brolan: Everything is included, rock, pop, jazz, blues, reggae, folk, metal and country! The interesting thing is to see all these diverse styles of music created with Gibson guitars.

BT More: Music photography archiving does sound like quite an interestingly off-beat profession. What does your job usually entail, and did it start off as a hobby?

Brolan: It involved looking at photos all day and meeting photographers, sometimes it is difficult to really call it work, I am very lucky to meet so many interesting people and see incredible moments from history and to hear the stories first hand.

BT More: Do you come from a music-loving family? Did you go for a lot of concerts as a child. Please list out some of your favourite contemporary rock bands.

Brolan: I only listen to Elvis and Johnny Cash these days!