Located in the quiet Malcha mark market in the capital, Schengen is unmissable, with its bright lights, all-white exterior and welcoming terrace.

Yet as you enter there is a nagging sense that there is way too much space. With a basement bakery on the cards and three levels of restaurant, Schengen is a massive space to fill. The interiors are bistro-like but nothing stands out as distinct.

Given its name, the focus is on European cuisine, which boils down to Italian-style pizzas, pastas and the like, with minimal focus on many other parts of the continent.

Opt for the chair seating rather than the sofa as the latter is too low and does not make for comfortable eating. The al fresco space on level two is recommended during winter as it is kitted out with heaters and is quite charming, especially at night when the rest of the market is closed. 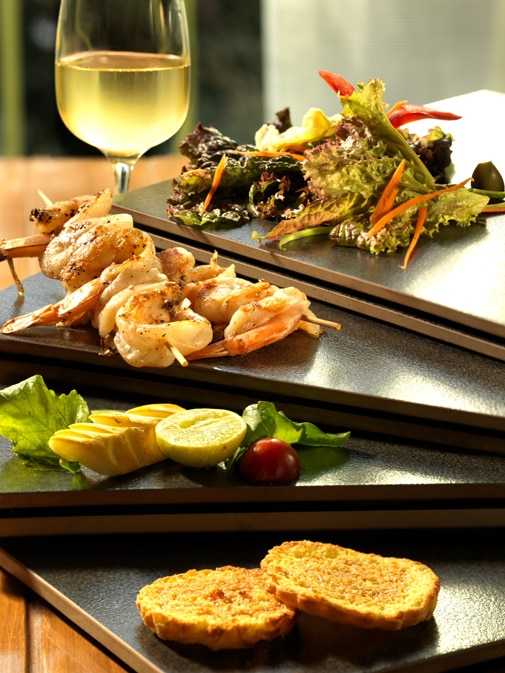 We began with the smoked chicken and garlic soup which was flavoured just right and was rich without being cloying. That done we moved onto the house smoked salmon salad which was quite disappointing. 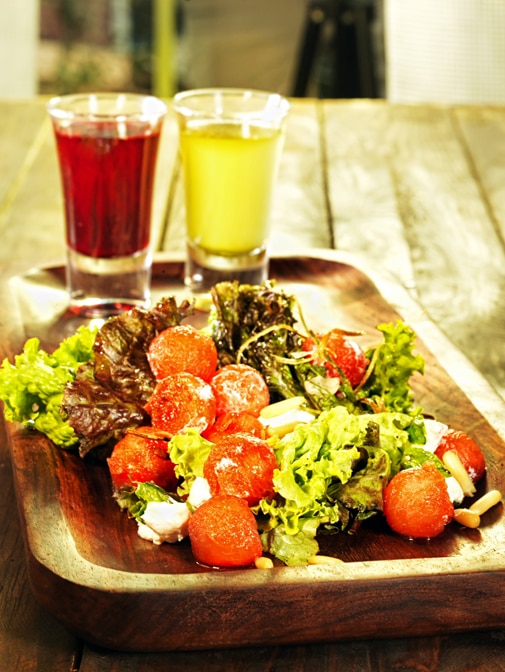 The salmon (you can tell it is from a packet and not necessarily high grade) was rolled and placed on one side of the dish and the salad itself was uninspiring, the flavours unintelligible. The spicy spare ribs were another miss as the sauce was dense and the dish way too salty. Their pizzas more than made up for these aberrations though. Thin crust with a generous portion of the toppings, this is worth an order. Try the No 4 if you are a meat lover as the pepperoni, sausage, bacon and other toppings work well and the end result is delicious.

The stroganoff is a decent option for mains but the chef would do well to reduce the sweetness in the dish as it takes away from its authenticity.

We rounded off our meal with the red velvet cake which was moist and rich. With a wide range of pastas, sandwiches and pizzas on offer, Schengen works better as a drinking spot (their liquor license will be in any day) with a few starters thrown in.

The service is excellent and the staff well-spoken, so that adds to your experience here.

(An earlier version of the story mentioned meal rate for two at Rs 2,000 plus taxes. It has been corrected now.)