What prompts business leaders to take part in marathons 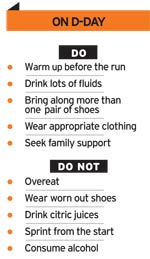