Moody's Investor Service sees this mega divestment plans for the 4 blue-chip public-sector companies as a setback. Moody's said the proposed stake sale in BPCL would remove the company's links and prompt bond redemption, a credit negative 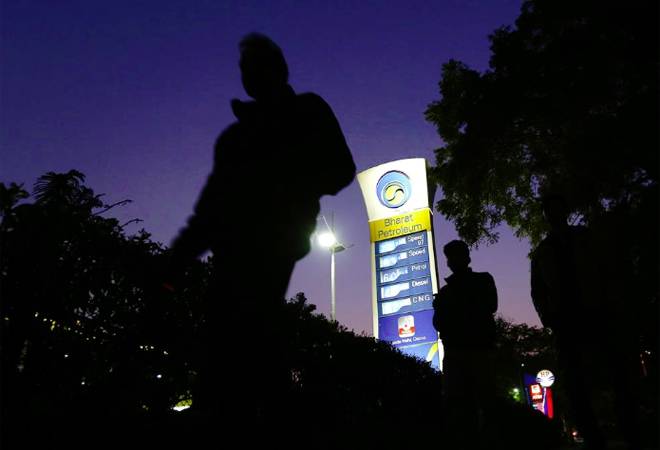 At current share prices, the value of the government's BPCL stake is worth about Rs 57,500 crore.

Shares of Bharat Petroleum Corporation (BPCL) fell over 3% on Thursday after the international credit rating agency Moody's warned of downgrading the state-run company to Ba1 if the government goes ahead with privatisation by selling its stake to a private entity.

Post the Moody's comment, the BPCL stock erased early gains and fell after 3 sessions of consecutive gain. BPCL stock fell 3.81% against the previous close of Rs 531.90 and touched an intraday low of Rs 511.65.  The BPCL stock trades higher than its 5, 20, 50, 100 and 200-day moving averages. The share price of BPCL has also formed a bearish bar reversal chart pattern in today's trade. Volume-wise, nearly 12.15 lakh and 265.34 lakh shares changed hands on the BSE and NSE, both above the 5, 10, 30-day average volume traded.

Earlier on 30 September, a group of secretaries' panel on disinvestment approved the sale of government's entire shareholding in four public sector companies including Bharat Petroleum Corporation Ltd (BPCL), in order to contain government's fiscal deficit. The panel gave its approval to sell the government's entire 53.29% stake in BPCL, which is likely to be completed by March 31, next year. Reacting to this, the share price of the PSU listed company had zoomed up to a fresh 52-week high on 1 October.

However, Moody's Investor Service sees this mega divestment plans for the 4 blue-chip public-sector companies as a setback. Moody's said the proposed stake sale in BPCL would remove the company's links and prompt bond redemption, a credit negative.

Currently, being a state-owned enterprise, BPCL has a BBB- rating which is on par with the sovereign rating. Ba1 rating will be equal to its current baseline credit assessment.

"BPCL's Baa2 ratings incorporate our expectation of the high likelihood of extraordinary support from the government, which results in two notches of uplift in the ratings," Moody's said. The agency added that BPCL's credit ratings will depend on whether the buyer is another state-owned company or a non-state-owned company if the stake sale goes ahead.

"If the government sells its entire stake to a non-government-owned company, we will no longer include the support from the government in BPCL's ratings. As a result, we will likely downgrade it to Ba1, assuming there are no changes to the fundamental credit profile including our assessment of liquidity and refinancing risk," the agency said.

However, it further said, "if the stake is sold to another government-owned company such that the government continues to appoint all of BPCL's board of directors and have substantial control over its operations, we will continue to include support in BPCLs ratings."

The stake sale will require further approvals from the cabinet of ministers and both houses of the Parliament. At current share prices, the value of the government's BPCL stake is worth about Rs 57,500 crore.