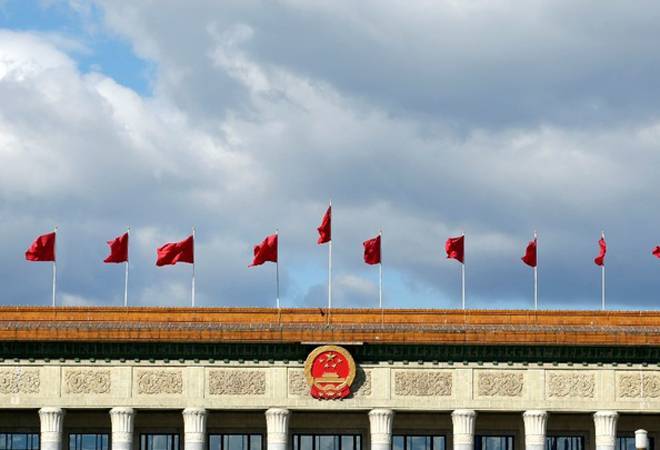 The growth was in line with the government's annual target of 6-6.5 per cent set for 2019, the official Xinhua news agency reported

China's growth slumped to 6 per cent in the third quarter of 2019, its lowest level in nearly three decades, as the world's second largest economy struggled to overcome the impact of a bruising trade war with the US and sluggish domestic demand, according to official data released on Friday.

The GDP figures emerged just one week after the US and China reached a tentative trade truce to avoid more damages to the world's two largest economies.

China's gross domestic product grew at 6 per cent in the quarter ended September, the weakest quarterly growth rate since 1992 and down from 6.2 per cent in the previous quarter, according to data from the National Bureau of Statistics (NBS).

The slowdown comes despite government efforts to support the economy, including measures such as tax cuts.

The latest figures mark a further loss of momentum in the economy, which had already seen growth languishing at its slowest pace in around three decades.

This week the International Monetary Fund trimmed its 2019 growth forecast for China to 6.1 per cent from 6.2 per cent due to the long-running trade dispute and slowing domestic demand.

Meanwhile, China's GDP expanded 6.2 per cent year on year in the first three quarters of 2019 to about 69.78 trillion yuan (about USD 9.87 trillion), the NBS data showed.

The growth was in line with the government's annual target of 6-6.5 per cent set for 2019, the official Xinhua news agency reported.

The Chinese economy has maintained overall stability, a senior official from the NBS said at a press conference, while acknowledging that China faces downward pressure amid slower global economic growth and more external uncertainties.

A breakdown of the data showed output of the service sector, which accounted for 54 per cent of the total GDP, rose 7 per cent in the first three quarters of the year, outpacing a 2.9-per cent increase in the primary industry and a 5.6-per cent rise in the secondary industry.

Consumption continued to be the mainstay in driving up demand, with the final consumption contributing 60.5 per cent to the economic growth in the January-September period, the NBS data showed.

The US and China have recently signalled some signs of progress toward resolving the bruising trade war, with both sides reaching a "phase one deal" earlier this month.

Top trade negotiators for the US and China reached a preliminary trade deal last Friday. It includes a halt on US tariff increases that were supposed to go into effect earlier this week.

US President Donald Trump said that intellectual property, financial services and agricultural purchases are included in the agreement.

But the two sides still appear to be far from striking any sort of comprehensive deal, and the latest announcement does not address some of the biggest trade issues on the table, US media reports said.