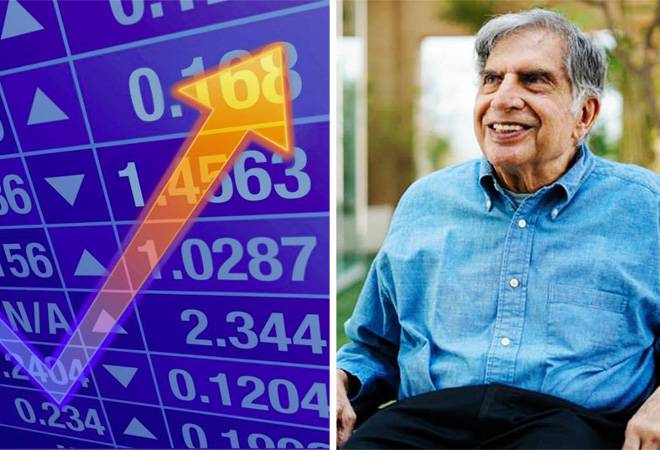 Tata Motors share gradually slipped from nearly Rs 600 level in September 2016 to Rs 63.60 on March 24 hit by lower growth in sales compared to competitors amid the global slowdown and coronavirus pandemic

However, Tata Motors share gradually slipped from nearly Rs 600 level in September 2016 to Rs 63.60 on March 24 hit by lower growth in sales compared to competitors amid the global slowdown and coronavirus pandemic.

With economic slowdown affecting global economy, sales of its subsidiary Jaguar Land  Rover too have fallen in ley markets such as China, US  and UK.

Tata Motor's passenger vehicle (PV) sales volumes fell 41 per cent in the first half of 2019-20, while volumes of commercial vehicles declined 29.5 per cent over the same period.

In Q1 of the current fiscal, the Tata Group firm widened consolidated net loss to Rs 8,443.98 crore against a net loss of Rs 3,679.66 crore in the year-ago quarter hit hard by the coronavirus pandemic.

However, Motilal Oswal was optimistic about the recovery of the firm from the fourth quarter and said, "We expect losses to gradually reduce in coming quarters and turn profitable only from 4QFY21. We have lowered our FY21E loss estimates by 8% to factor in faster JLR volume recovery and cost cutting initiatives."

Post Q1 results, the company management highlighted that Q2FY21 will be significantly better than Q1FY21 in terms of volumes and profitability.

The optimism around financial performance of the stock has helped it recover partially.

In August-end, the top management of Tata Motors announced to reduce its total automotive debt of around Rs 48,000 crore as of FY2020 to the levels of zero in the next three years. The announcement also helped the stock rally in last one week.

Rise in sales during the last few months due to availability of different models in the firm's line up has also led the stock higher since  March.

BusinessToday.In spoke to analysts about the reasons as the stock has doubled in the last few months and here's what they said.

Vinod Nair from Geojit Financial said, "There are three levers that we have identified for growth. Firstly, passenger vehicles are rising after touching a historical low in FY20. All face lift models launched in January 2020 have been accepted well by the market. Nexon, Tiago and Tigor and the addition of Altroz are highly appreciated by the end consumers. Sales of the Harrier and Nexon have increased significantly compared to the monthly average sales of last year.

Meanwhile, urban buyers are now willing to consider Tata-branded cars and SUVs. In August, passenger vehicles registered a volume growth of 154% YoY. From April to July, the company has improved its domestic car market share from 3% to 6%, respectively.

Secondly, the auto firm said it would reduce group automotive debt of Rs 48,000 crore ($6.4 billion) to zero in the next three years. This has further boosted confidence in the stock.

The third lever is defence. Tata is one of the largest providers of logistic vehicles to the armed forces, and will continue to position mobility products and solutions in an accelerated manner. We believe any structural change would re-rate the valuation. The stock has corrected from its 3 year high of Rs 432, due to lower sales from JLR. On a standalone basis, the stock is currently trading at 16 times, which is 13% discount to its 3-year historical average. Currently, we have a hold rating on the stock."

Rusmik Oza, Executive Vice President, Head of Fundamental Research at Kotak Securities said, "August monthly PV sales of Tata Motors rose to 18,583 units against 7,316 a year ago (YoY rise of 154%). Unlike past, the firm now has a diversified product portfolio in the personal vehicles space with brands such as Nexon, Tiago, Harrier and Altroz.

JLR has introduced project Charge Plus with a focus to save additional GBP 3.1 bn (from GBP2.1 bn earlier) till FY21E. On the EV space, the company continues to move ahead with the launch of series of plug-in hybrid vehicles by the end of FY21."

Abhijeet Ramachandran from Tips2trade said,"Tata Motors stock price has done well as overall risk appetite towards high risk sectors including auto has clearly returned. Even though the stock price has moved up based on the management's commitment of reducing the debt burden considerably over the next few years, we advise that investors should book some profits at current levels as the stock is technically in overbought zone. A correction till Rs 120-130 levels can be looked at for re-entry at higher targets of  Rs 160-180 in the coming months."