A majority of analysts predict a continued deceleration - rather than a crash - for China's economy, and most dismiss comparisons with the 2008 Global Financial Crisis or the 1997/98 crisis in Asia. 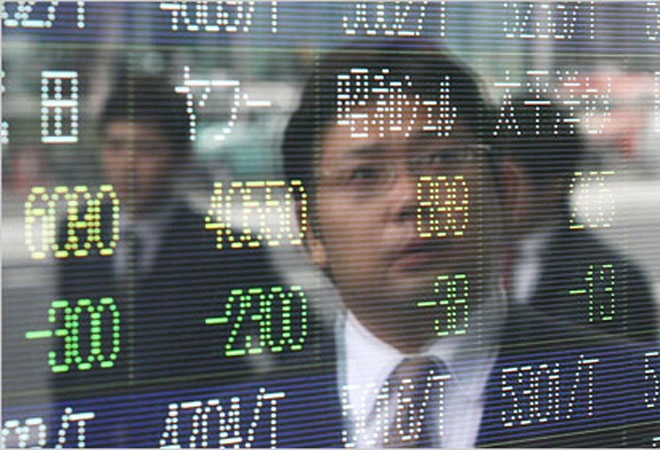 On another day of wild swings for China's notoriously volatile bourses , the main stock indexes opened briefly higher, but a stampede of profit-taking took them lower for much of the morning until a strong rally kicked in before midday.

European markets had risen sharply after the People's Bank of China's move on Tuesday, but US indexes turned negative after an initial leap, displaying the mixed messages that would characterise the Asian day.

In early afternoon, China's index was up 3.3 per cent, while the Shanghai Composite Index had gained 2.5 per cent.

The market's early indifference was understandable, said Lim Say Boon, Chief Investment Officer at DBS Bank, as the policy moves would have little impact on consumption in a nation of savers, or investment in a country where government, not the "animal spirits of the private sector", takes the lead.

"What the market is waiting for (is) the 'big bazooka' of government spending," he wrote in a note.

"With the PPI at minus 5.4 per cent y/y in July, the real interest rate costs could be well above 10 per cent," it said.

"We believe that the traditional monetary policy easing, such as cutting RRR and lowering interest rate, is not sufficient to mitigate the risks associated with China's highly leveraged economy," it added.

OCBC bank noted that cuts in the reserve requirements were needed to ease the liquidity pressures created by capital outflows that had been exacerbated by the yuan devaluation. It said it expected at least another 100 basis point cut this year.

Japanese automaker Suzuki Motor Corp highlighted the problem manufacturers in China face, with its sales faltering as the economy slows. It said on Wednesday it needed to adjust its production capacity in the country, which was roughly twice what it could sell.

"Currently, there is still downward pressure on China's economic growth," the central bank acknowledged on Tuesday.

Investors are also concerned that China is growing at a much slower pace than the official 7 per cent target for 2015.

Concerns about the economy intensified after factory activity shrank at its fastest pace in almost 6-1/2 years and the central bank unexpectedly devalued its yuan currency earlier this month.

There is, however, little evidence that the stock market mayhem has hit consumer spending so far.

Confidence among Chinese consumers rose for the third consecutive month in August, according to a Westpac MNI survey, as household finances continued to improve.

A majority of analysts predict a continued deceleration - rather than a crash - for China's economy, and most dismiss comparisons with the 2008 Global Financial Crisis or the 1997/98 crisis in Asia.

"The current panic is essentially 'made in China'. The recent data from other major economies have generally been good and there is little to justify fears of a major global downturn," wrote economists at Capital Economics.

"China's recent economic data suggest that growth remains sluggish, but are not weak enough to justify fears of a hard landing."