Midcap and Small cap indexes which saw a rout during the last five months rose 1.40% and 1.96%, respectively. Banking stocks took the market higher with the BSE bankex rising 203 points or 0.69% to 29,663.  The index was the top gainer among 19 sectoral indices. 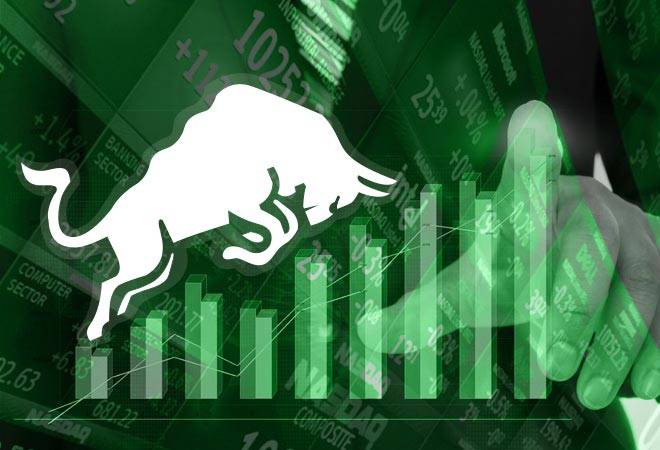 Anita Gandhi, whole time director at Arihant Capital Markets said, "In the policy, RBI allowed banks to spread Mark to Market losses in investments in available for sale & held for trading portfolio for June quarter equally over four quarters. This will give relief to the banks which suffered heavy MTM losses due to recent spike in bond yields. Also, RBI mentioned that credit offtake is satisfactory. The rate hike will help improving banks NIMs for future credit offtake. This has led to positive sentiment in banking stocks".

"The rate hike is a negative but markets are recovering due to short-covering, since people sold off their positions at higher levels prior to the RBI meet and are now covering their positions at lower prices," said Sumit Pokharna, vice-president, Kotak Securities.

"Investors were anticipating a rate hike due to depreciation of the rupee, major selling in the debt markets and rising inflation on concerns over crude prices," he added.

Market breadth was positive with 1961 stocks closing higher against 747 ending in the red on the BSE.

VK Sharma, Head Private Client Group & Capital Market Strategy at HDFC Securities said, "A day after the Reserve Bank hiked rates, the markets continued to rally on the relief that an important event was now in the rear view mirror. The Nifty added 84 points to 10,768. The Nifty is now well poised to close above the 10,807, registered last month. The rally was broad based and the small and the large caps also participated in equal measure. Reality stocks led the rally, up 2.97%. Metal sector continued to follow their global counterparts which gained 1.5%  while Technology sector continued its run by gaining by 1.15%. Buying was evident across the board, and there was no sector based index that closed in red today. Tata steel was the biggest Nifty gainer, rising 3.80% while Tata Motors rose 3% to come in second.  Titan, Eicher Motors and IndusInd bank were the laggards in the Nifty. The Advance-Decline ratio was positive for the second day in the row at 2.6:1. The Midcap Index rose 1.53% and Smallcap index gained 2.16%."

The RBI on Wednesday raised its key policy rate for the first time in over four years to rein in inflation, a move which will translate into higher EMIs for home and car loans and make it costlier for business enterprises to borrow for increased investment. With all its members voting for the increasing, the 6-member Monetary Policy Committee (MPC) surprised markets by raising the repo rate by 0.25 per cent to 6.25 per cent but kept its policy stance as neutral.

Global stock markets were higher Thursday as remarks by a European Central Bank board member eased worries about the new Italian government's spending plans. France's CAC 40 rose 0.6 percent to 5,488.91 and Germany's DAX gained 0.3 percent to 12,866.20. Europe opened mostly higher. Britain's FTSE 100 was unchanged at 7,711.47. On Wall Street, the future for the Standard & Poor's 500 index was up 0.1 percent and that for the Dow Jones industrial average gained 0.2 percent.