The Model Y has "the functionality of an SUV but it will ride like a sports car", says Musk. 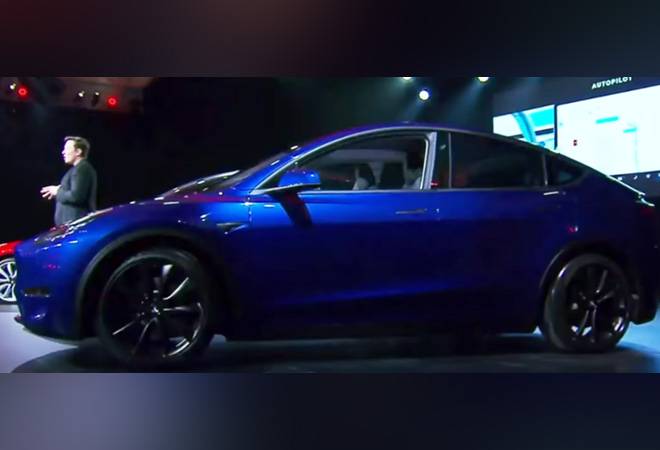 Tesla introduced a new electric sports utility vehicle slightly bigger and more expensive than its Model 3, pitched as an electric car for the masses.

Deliveries were expected to begin late next year for higher-priced Model Y vehicles, with the standard-range version would likely get to buyers by spring of 2021, according to Tesla.

Musk said the Model Y has "the functionality of an SUV but it will ride like a sports car" accelerating from stand-still to 60 mph in 3.5 seconds.

Model Y featured a "panoramic glass roof" and could seat seven people, according to Musk.

The latest addition to the Tesla line-up comes shortly after the California-based company rolled out its lowest-priced Model 3, an electric car designed for the masses, at a base price of 35,000, with deliveries promised in one month.

At that price, the Model 3 is less than half the cost of most Tesla on the road and may be eligible for tax incentives which could further lower ownership costs.

The new vehicles suggest Tesla has been able to overcome production bottlenecks to ramp up production to meet demand, and moving toward Musk's goal of making electric vehicles widely available.