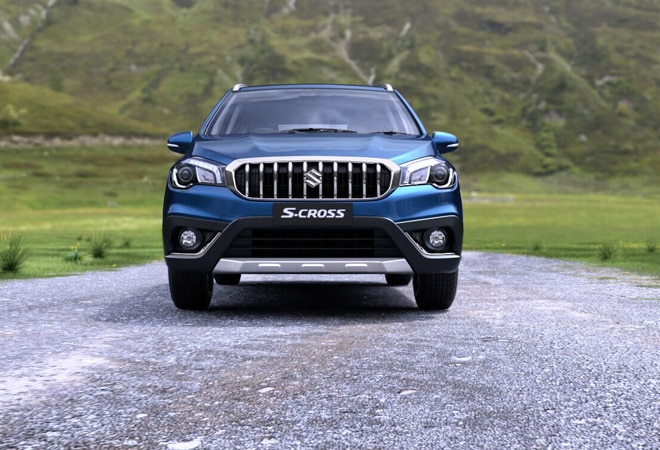 India's largest car manufacturer had recently launched the BS-6 version of the new S-Cross in August 2020 for Rs 8.39-12.39 lakh. The Plus variant comes equipped with a seven-inch touchscreen infotainment system that supports Apple CarPlay and Android Auto.

However, in order to make the new limited-edition variant of the S-Cross Plus look apart from the standard model, the company is likely to make a few subtle changes like new chrome finished trims pieces in the exterior. On the inside, Maruti Suzuki could feature a new upholstery with contrast stitching along with a few more changes.

All the changes made to the special-edition model would be revealed at its launch. Apart from a few cosmetic changes, all other features and designs are expected to remain the same as the S-Cross crossover hatchback's standard model.

The new Maruti Suzuki S-Cross is offered in four variants - Sigma, Delta, Zeta and Alpha. Except for the Sigma trim, all other variants are offered with an optional automatic transmission. However, the new S-Cross's entry-level Sigma trim can be bought with accessories worth Rs 36,000 free for the customers who don't want to avail the discounts in the form of S-Cross Plus.

Maruti Suzuki S-Cross Plus' some of the features are - Pioneer audio system with four speakers, fog lamps, wheel covers, parcel tray and black finished spoiler. The new S-Cross Plus also features a reverse parking camera. The crossover has been in the domestic market for over five years now and it has so far garnered a decent sales record.

Maruti Suzuki S-Cross is also the first product sold through the Nexa premium dealerships that received a mid-life update in 2017 and its 1.6-litre DDiS 320 diesel engine was discontinued. The crossover hatchback continued to be in the offering with the Fiat-sourced 1.3-litre DDiS 200 diesel unit.

With the arrival of the BS-6 variant with more stringent emission standards led to the sacking of the previous powertrain. The 1.5-litre K15B four-cylinder petrol engine took the place of the older and can also be found in the latest variants of Vitara Brezza, Ciaz, Ertiga and XL6. The motor, which produces a maximum power output of 104.7 PS and 138 Nm of peak torque, is paired with either a five-speed manual or a four-speed automatic transmission. The company claims to have a fuel economy of 18.55 kmpl.

The Indo-Japanese manufacturer Maruti Suzuki, unlike the facelifted Vitara Brezza, did not apply any cosmetic changes to the S-Cross and gave it a Smart Hybrid badge to signify its mild-hybrid nature.