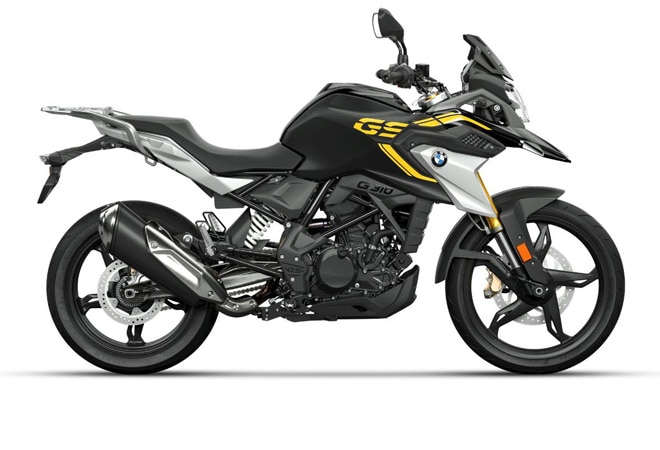 BMW Motorrad, the superbike division of the German luxury automobile giant, on Thursday launched the new locally-made G 310 R and G 310 GS at Rs 2.45 lakh and Rs 2.85 lakh, respectively. Developed in Munich, the two bikes are being locally produced for BMW as per BS-VI standards by its Indian partner TVS Motor at its factory in Hosur.

The bikes are powered by a 313-cc water-cooled single-cylinder four-stroke engine with four valves and two overhead camshafts with electronic fuel injection. It has a peak power output of 34 hp at 9,500 rpm and a maximum torque of 28 Nm at 7,500 rpm. The motorcycles accelerate from 0-50 km/hr in 2.5 seconds and have a top speed of 143 km/hr. "Globally, BMW Motorrad has created a distinct position for itself in the fast-growing sub-500 cc segment with both BMW G 310 R  and BMW G 310 GS. For thousands of riders and enthusiasts, the BMW G 310 R has redefined pure urban motorcycling for everyday life," said Vikram Pawah, President, BMW Group India.

"For those looking for adventure and fun, BMW G 310 GS has provided the perfect reason to take the off-beat track. In their new avatar, both motorcycles feature striking design modifications, new technology and enhanced riding dynamics." 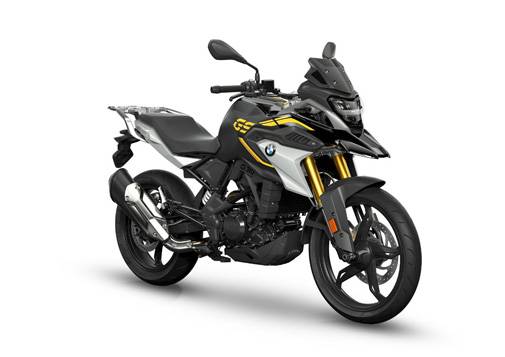 The bikes now feature a full-LED headlight for better visibility at night and LED flashing turn indicators and LED brake lights for increased visibility in traffic.

Other changes include four-stage adjustable clutch and handbrake levers to provide ergonomic benefits, particularly for people with small hands. The engine has a backward-tilted cylinder in open-deck design with the cylinder head turned by 180 degrees, making it possible to position the intake tract at the front, viewed in the direction of travel. It has a 6-speed gearbox that transfers the torque with an optimised transmission ratio.

The bikes come with a standard warranty for three years, unlimited kilometres, which can be extended to the fourth and fifth year at an additional cost of Rs 16,250.