The upcoming MG Gloster will compete with the likes of the Toyota Fortuner, Ford Endeavour and Mahindra Alturas 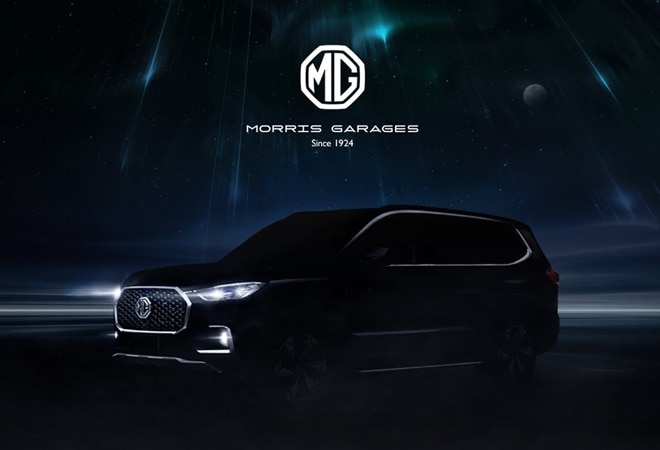 British automotive manufacturer Morris Garages (MG) is all set to launch its SUV MG Gloster in India on October 8, 2020. The company's other offerings in the country are MG Hector, the MG ZS EV and the MG Hector Plus. The company had already started to accept bookings for the car from September 24.

The new SUV MG Gloster is likely to be launched in five versions, spread across four variants - Super, Smart, Sharp and Savvy. There are also two seating configurations - 6 and 7 seats. The 'Sharp' variant of the Gloster will be available with both these configurations.

The new MG Gloster is powered by a 1,996cc twin-turbo diesel engine, which is tuned to develop 218hp and 480Nm of torque. The SUV will also get an 8-speed automatic transmission along with a four-wheel-drive variant on offer. The Gloster will also offer a locking rear e-differential.

However, the lower-end variants of the SUV will come with a lower-spec single turbo version of the same engine with 163hp and 375Nm of torque and only rear-wheel-drive.

MG Motor India is expected to launch the Gloster in India in four variants - Super, Smart, Sharp and Savvy. In the Savvy variant, the SUV will come equipped with all the bells and whistles like segment-first safety technologies along with four-well-drive capabilities.

The MG Gloster will be the first car in its segment to be capable of Level-1 autonomous drive technology. The SUV will also come equipped with Automatic Emergency Braking and Front Collision Warning. Additionally, with the Automatic Park Assist feature, SUV Gloster can also parallel park itself.

The base trim level of the SUV will be equipped with features like - LED headlights, LED DRLs, LED fog lamps, alloy wheels, push-button stop/start, 12.3-inch touchscreen system and cruise control.

The top-end trim, on the other hand, will be loaded with features like - semi-digital instrument panel with an eight-inch TFT screen, panoramic sunroof, three-zone climate control, ventilated front seats, ambient lighting system, massage function for driver's seat, and the iSmart connectivity suite.

The SUV Gloster will be offered with a 3-year or 1,00,000 km warranty (whichever comes first) bundled with 3-year roadside assistance. MG would also offer "My MG Shield" package, which will offer up to 5 years warranty cover and roadside assistance. Additionally, customers can also be able to select service packages and a 50 per cent value buyback plan after 3 years as well.

The upcoming MG Gloster will compete with the likes of the Toyota Fortuner, Ford Endeavour and Mahindra Alturas. The new MG Gloster is expected to cost around Rs 33 lakh to Rs 42 lakh (ex-showroom).