Addressing the company's shareholders at its 73rd AGM, Mahindra pitches for short-term measures to catalyse consumption, either by reducing GST or cess rollback, adding this would have a "benevolent ripple effect" on the economy 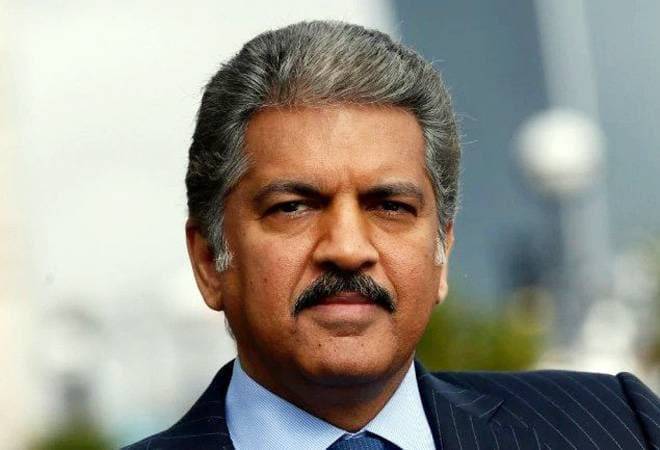 The auto sector, which accounts for 7.1 per cent of India's GDP, is in the midst of unprecedented sales slump. In the face of accelerating showroom shutdowns and job cuts, the industry's clamour for reducing the Goods and Services Tax (GST) rate from 28 per cent to 18 per cent to accommodate the downturn is getting louder of late. M&M Group Chairman Anand Mahindra is the latest to join the chorus. Addressing the company's shareholders at its 73rd AGM on Wednesday, Mahindra pitched for short-term measures to catalyse consumption, adding that this would have a "benevolent ripple effect" on the entire economy.

"The most obvious and welcome first aid would be some temporary relief on the GST front, either by modifying the slabs, or, if that is not possible, by removing the cess," said Mahindra.

Another option would be a re-look at the registration fees, which have gone up very substantially and a rollback of the increases in road tax mandated by state governments after the introduction of the GST. "I am hopeful that these few actions along with the traditional post-monsoon revival will set us back on track and positively impact the economy," he added.

The domestic auto industry has been in the throes of crisis for almost one year now as the sales are falling month after month, forcing manufacturers to temporarily shut factories as well as showrooms and lay off workers. "It is a guesstimate that our members have already cut 7-8 per cent of the jobs in most of the dealerships as the degrowth has been very high," Ashish Harsharaj Kale, President, Federation of Automobile Dealers Associations (FADA), told PTI last week. As many as 3.50 lakh jobs have reportedly been lost in the sector since the start of the fiscal.

In the quarter ended June, M&M reported a nearly 35 per cent decline in net profit before exceptional items at Rs 918 crore, hit by lower vehicle sales. The company had posted a net profit of Rs 1,238 crore in the corresponding quarter of the previous fiscal, the company said in a regulatory filing, adding that gross revenues and other income of the company together with Mahindra Vehicle Manufacturers Limited (MVML) dipped 4 per cent to Rs 12,997 crore. Moreover, its total vehicle sales dipped 5 per cent (year-on-year) to 1.23 lakh units while tractor sales fell 15 per cent to 82,013 units.

Although the M&M head is hopeful of an uptick in the industry on the back of the predicted normalisation of rain in August and September, he believes that simple short-term measures that would remove the immediate barriers to making autos affordable are the need of the hour. "The rate cuts necessary for revival have been put in place and the future looks brighter for our stressed NBFCs. I am confident that these measures will bear fruit, creating greater liquidity for NBFCs which will ultimately make its way into the hands of the consumer," he told the shareholders. It is in this transition period that his proposed short-term measures will help.

However, Mahindra also said he understands the government's hesitancy in looking at GST concessions. After all, the auto industry contributes revenues of upwards of Rs 1.80 lakh crore to government treasuries. "The paradox is that while the government needs to be lauded for its fiscal responsibility, the current slowdown in the auto industry poses a greater threat to the financial arithmetic," he claimed.

Citing SIAM estimates, Mahindra pointed out that the slowdown has resulted in an 8 per cent loss in GST collection in the first half of the current year. Hence, "just to catch up with the FY19 GST collections, the auto industry will need to grow at a rate of at least 7 per cent in the remaining months of the current fiscal".

Pawan Goenka, managing director of M&M, also echoed Mahindra's pitch for GST rationalisation, calling for a 5-6 per cent reduction in GST rate from the current rate, The Business Standard reported. He cautioned that without the government's help, the situation may worsen, leading to job losses. "This is the fourth slowdown in my career," he said, adding that after a 3-4 per cent reduction in excise duty during previous slowdowns, which typically lasted for six to eight months, "the industry took off". He expects the same to happen this time.

Also read: The dark side of India's vibrant auto industry; 1,369 injured in 4 years in trail of grave losses