Some flyers are also dreading the move saying that this may lead to passengers talking loudly on their mobile phones. 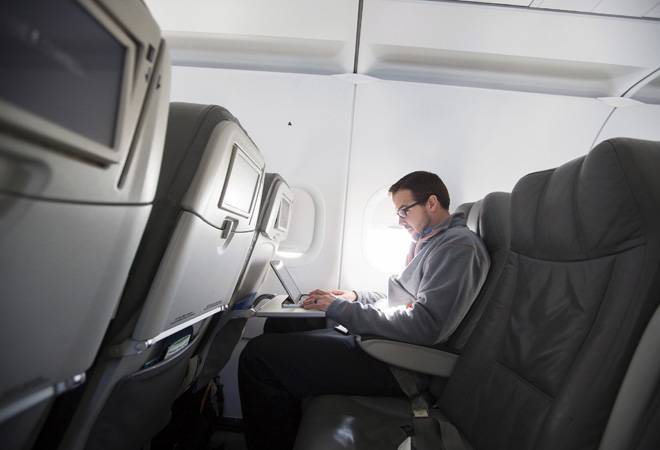 While full-service carriers like Air India and Vistara have welcomed Telecom Commission's approval for use of WiFi and voice calling services onboard the aircraft, the low-cost airlines (IndiGo & SpiceJet) have said they are studying the matter in detail before making any comments.

The decision, which comes into effect in about three to four months, will allow passengers to use mobile phones for both voice and data services over Indian airspace. This feature will be allowed both in domestic as well as international flights.

However, not everyone is excited with this significant development in the aviation industry. Budget airlines are staring at increased costs involved in bringing the technology for enabling in-flight WiFi services.

According to PTI, a few in the aviation industry, including a senior-level officer of a low-cost airline, were not much enthused, citing the expenditure involved in implementing the technology necessary for enabling in-flight WiFi services.

It's not just no-frills airlines which have been skeptical about the decision of Telecom Commission allowing telephonic calls during flights. Some flyers are also dreading the move saying that this may lead to passengers talking loudly on their mobile phones.

"If voice calling is allowed on flights, then our plane journeys may become more like train and bus journeys where travellers often talk loudly disturbing fellow passengers. If this becomes a reality, I will miss my 2 hour sound sleep," says Ayan Sharma who shuttles between Delhi and Mumbai every month.

However, the major take away from the decision is access to net connectivity and Internet access which can be provided once the aircraft is ready for take-off.

Civil Aviation Minister Suresh Prabhu said that he will ensure "earliest implementation" of the proposal as the government remains committed to improving services of air passengers and making their travel delightful and hassle-free.

"Providing passenger amenities have been the endeavour of the Narendra Modi government. We are constantly upgrading our services. This (decision) will go a long way in making sure people will be using the flying time more productively and efficiently," the civil aviation minister said in a video message from South Africa.

"This move will also help so many hours not being wasted which would be fruitfully and gainfully," he added, describing the move as "exciting times ahead in Indian skies".

Minister of State for Civil Aviation Jayant Sinha wrote on Twitter, "Approval for Voice & Data services in Indian airspace has been granted by the @TRAI. We are a step closer for fliers to access & use mobile services in-flight. Enhancing passenger experience in the aviation ecosystem has always been at the forefront for @MoCA_GoI. @DoT_India."

"We welcome the decision as it will mean more convenience to air travellers. We will study the recommendations in details and in due course determine the economics of offering on domestic and international route," Vistara, which is gearing up for international operations, said in a statement.

Most of the airlines in the country will have to retrofit the in-flight connectivity equipment on the fuselage. An official of a leading airline told PTI that the decision is likely to increase the expenditure. Moreover, the charges may not be recoverable from passengers in short-haul flights, he added.

According to Amber Dubey, partner and India head of aerospace and defence at global consultancy KPMG, passengers may not be averse to paying Rs 200-300 for a 2-3 hour flight and it could be more for international flights.

"Premium and corporate passengers may get the service free," he told PTI.

Dubey said in 12-24 months, the WiFi service may become completely free like it is in hotels. For the airlines, it may provide alternate revenue opportunity to airlines through advertisements and fee from online transactions.

"Overall, it's a great move albeit a bit late," he said.

Dubey, however, felt airlines would find it difficult to ground the aircraft for retrofitting with necessary equipment. This may be easier to implement through new aircraft deliveries.

The Telecom Commission's approval today is a win-win situation both for the airline and the travellers in general and we welcome it, said an Air India spokesperson, stating that they are analysing the announcement made in detail before commenting further on the issue.