The National Aviators' Guild told its members that 410 pilots have left Jet Airways between September 2018 and March 31, 2019, which has left the airline with 1,527 pilots 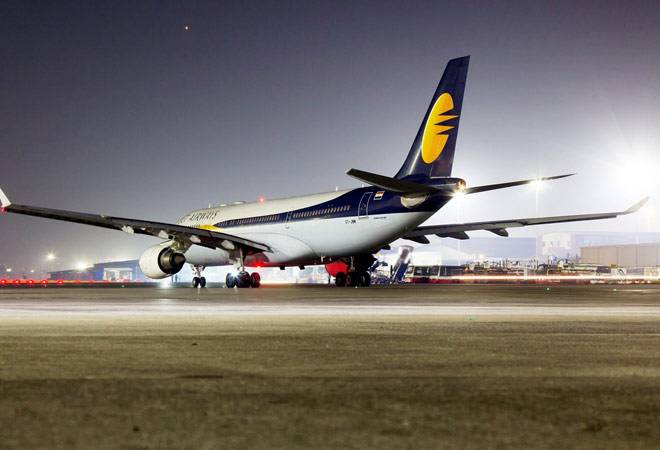 Jet Airways is left only with 1,527 pilots

More than 400 co-pilots and captains have resigned from the embattled Jet Airways in the past seven months. National Aviators' Guild (NAG), the airline's pilots union, reportedly told its members that 410 pilots have left Jet Airways between September last year and March 31, 2019, which has left the airline with 1,527 pilots on its payroll.

In the communique, the NAG also told its members about several airlines planning to wet lease Jet Airways' grounded aircraft, The Times of India reported. Under a wet lease agreement, the aircraft is provided with the complete crew, maintenance and insurance. So far Air India, AI Express and SpiceJet have evinced interest in leasing Boeing 737s and Boeing 777s from Jet.

Rival airlines wet leasing Jet Airways' aircraft could help employ some of the staff that became unemployed after the debt-laden carrier suspended operations last week. "Wet lease plans are being looked at and clarity will be provided when modalities will be worked out and a concrete plan is available," the report quoted NAG's communication.

Jet Airways temporarily grounded operations last week after lenders refused to infuse Rs 400 crore the airline requested to operate flights. This led to uncertainty about the future of the airline's 16,000 employees.

The airline is currently under the control of a consortium of lenders led by the State Bank of India, which is hoping to recover Rs 8,400 crore via a bidding process for selling stake in the airline. Four entities - Etihad Airways, TPG Capital, Indigo Partners and National Investment and Infrastructure Fund (NIIF) - have shown interest in buying stake in Jet Airways. Further details of the investors are expected to be clarified by May 10.

However, recent decision by aviation ministry to allocate Jet's lucrative flight slots at the Delhi and Mumbai airports to its rivals has spooked some of the investors. Reports suggest that some investors are now questioning the value left in the airline after its slots being handed out.

ALSO READ:Jet Airways' potential investors in a fix over bidding for grounded carrier

If the stake sale does not bear intended results, the SBI-led consortium of banks is expected to opt for a non-IBC resolution. Recovery on the basis of existing security and tangible assets would be a preferred option for the lenders.