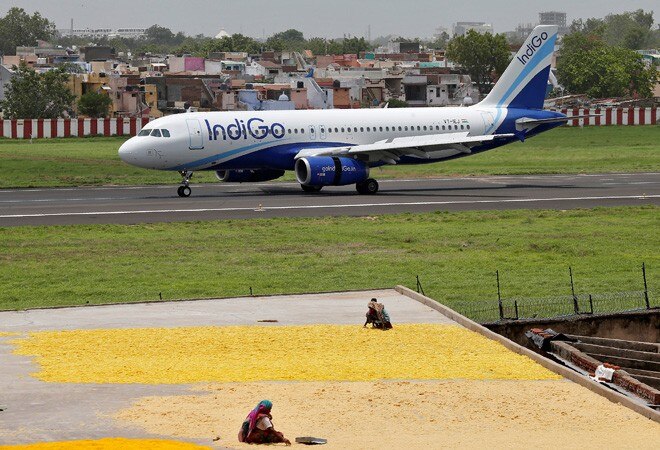 Just before an InidiGo flight took off from Delhi, a passenger aboard the plane announced that he was COVID-19 positive. This prompted the pilot to return to the parking bay for the safety of the passengers aboard the Pune-bound flight.

The IndiGo flight 6E-286 was gearing up for lift-off on Thursday when a man revealed to the cabin crew that he was COVID-19 positive, the man even showed documents to the cabin crew which proved the same. After this, the pilot of the Airbus A320neo radioed the ground controllers to discuss the situation and decided to return to the parking bay, sources told NDTV.

The pilot later announced to the passengers that persons seated in three rows - from 6 to 8 row - should be first to get down from the aircraft. The passengers were then asked to wait in a coach for containment. The coronavirus-infected individual sat in one of these three rows. Before the flight could take off again the seats had to be disinfected and seat covers changed

The other passengers who were waiting for the COVID-19 safety measures to be finished were provided with PPE gowns. They were asked to wear these for the entire journey, sources told the news channel. "The cabin crew gave beverages and water to the passengers and they appreciated IndiGo's efforts," sources told.

The COVID-19 positive passenger was taken to South Delhi's Safdarjung Hospital's COVID facility via an ambulance.