Earlier, the RBI had asked the Axis Bank board to reconsider the fourth three-year term it gave to CEO Shikha Sharma last year. The regulator addressed the letter to Axis Bank chairman Sanjiv Misra and gave its reasons for a review. These included the bank's performance and its deteriorating asset quality. 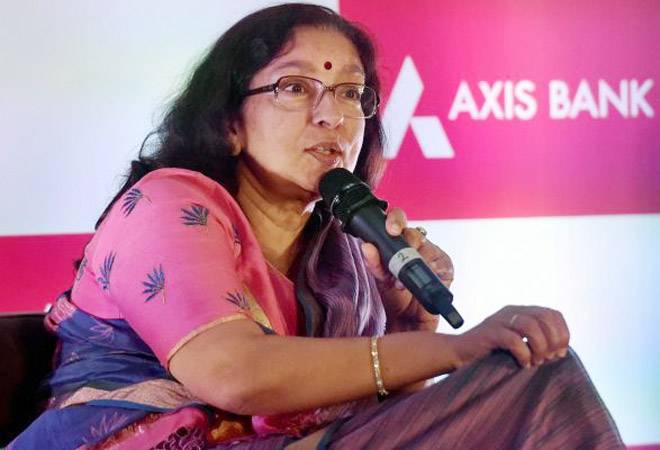 Private sector lender Axis Bank Ltd on Monday said its board of directors have accepted a request from Chief Executive Officer Shikha Sharma to shorten her reappointment period till the end of December 2018. In July 2017, well ahead of the end of her current term, the board had reappointed Sharma as CEO for three years starting June 1, 2018.

Axis Bank has in a statement to the stock exchanges said the board has accepted her request for a shorter seven-month term (from June 1 to December 31, 2018), subject to the approval of the Reserve Bank of India. Sharma would be completing her third term as MD and CEO of Axis Bank on May 31.

The board will now begin the process of finding an appropriate candidate for the top job. The RBI has asked the Axis Bank board to reconsider the fourth three-year term it gave to CEO Shikha Sharma last year, said several people aware of the development. They said it could presage a tightening of scrutiny on the appointment of bank CEOs by the regulator. The regulator addressed the letter to Axis Bank chairman Sanjiv Misra and gave its reasons for a review. These included the bank's performance and its deteriorating asset quality.

The Axis Bank filing on Monday did not elaborate why Sharma wanted her fourth term to be curtailed to seven months from three years. The bank statement said that the board forwards its recommendations to the regulator as required and added that the "process is currently in progress."

However, according to some analysts if the RBI does not want her to continue it remains to be seen whether it will approve her term which expires on May 31, for another 7 months till December 31. Shikha Sharma took over as the chief of Axis Bank in June 2009 from PJ Nayak, despite some reservations from the outgoing chief who preferred that an internal candidate be promoted to the top job.

The RBI had earlier this month dropped Axis Bank from a list of banks it has cleared to import gold and silver during the current financial year that began on April 1.

The RBI published the list of 16 banks which have been allowed to import the precious metals on its website, wherein Axis Bank is excluded. Axis Bank was one of the leading importers for gold and silver among all the 19 lenders which were given the licence last year. The 16 banks which have been given the licence to import gold and silver for 2018-19 also include the scam-hit Punjab National Bank reeling under a nearly Rs 13,000 crore fraud created by from the gems and jewellery sector itself.

The bank also came under a cloud during demonetization when some of its officials were arrested for money laundering. During the currency exchange program, the Enforcement Directorate had arrested two Axis Bank managers for alleged illegal conversion of demonetised notes. In December 2016, the bank said that it has temporarily suspended accounts of top bullion dealers to counter concerns around alleged money laundering.

Videocon loan case: Some ICICI board members may not back Chanda Kochhar as CEO