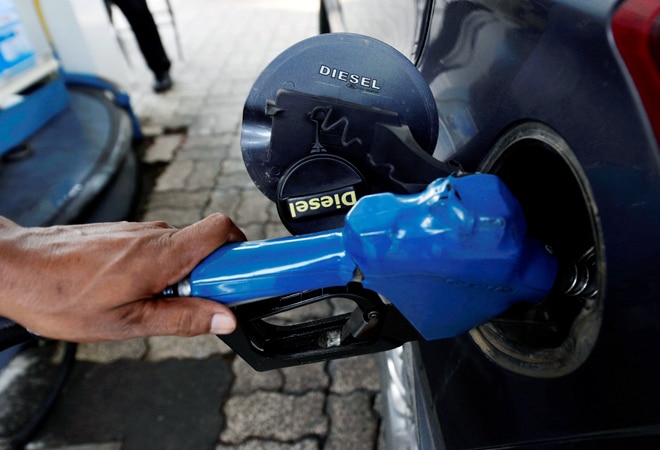 Petrol and diesel prices are flaring up like never before in nearly 30 days. On Thursday, the state-run oil companies hiked petrol rates by 35 paise in the national capital, taking the overall cost of one litre of petrol to Rs 86.65. Diesel, too, has been increased by 35 paise per lire in Delhi. With this, diesel prices have surged to Rs 76.83 per litre.

So far, petrol rates have increased by Rs 2.94/litre and diesel by Rs 2.96/litre since January 6. Apart from Delhi, the fuel prices have skyrocketed in other metro cities as well. Unabated rise in petrol and diesel prices could be alarming for the common man.

It must be noted that the government has hiked the excise duty on petrol and diesel at the beginning of this fiscal in line with the reduced oil prices. This in turn has helped the Government shore up its revenues, especially in the context of Covid-19 pandemic when all the other tax revenues collections were hit hard. Net union excise duty was budgeted at Rs 2.67 lakh crore in FY21, however the revised estimate is much higher at Rs 3.61 lakh crore, an addition of Rs 94,000 crore.

According to Petroleum Planning and Analysis Cell (PPAC), the petrol is priced at around Rs 26.34 per litre. The rest is taxes, duty and dealer's commission.

Despite the escalating fuel prices, the Centre in the Budget 2021 did not respond to calls to lower taxes on transportation fuels. Instead, it introduced a new agriculture infrastructure development cess (AIDC) on petrol, diesel and several other imported items. While the Centre clarified that the new cess won't place any additional burden on consumers, states are likely to lose some revenue. The new cess is Rs 2.5 per lire on petrol and Rs 4 per litre on diesel.

Centre may get around Rs 15,000 crore from Air India sale