RIL submitted the affidavit in response to the government's move to the Delhi HC, seeking to block RIL selling a 20 per cent stake in its oil-and-chemicals business to Saudi Aramco for $15 billion, in view of dues of $3.5 billion in the PMT oil and gas fields 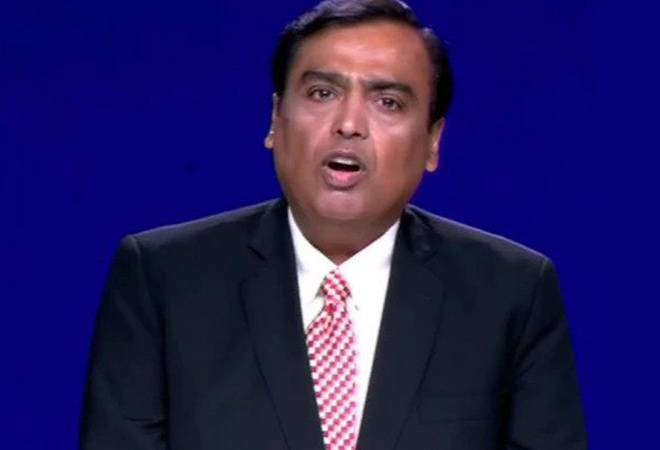 In a counter-affidavit, RIL said that the government's petition was an abuse of process

RIL said that it has no direct liability in the PMT profit dispute with the state over profits from PMT fields adding that it is an abuse of process as the arbitration tribunal has not asked the company to pay anything so far.

In a counter-affidavit, the energy-to-telecom conglomerate said that the government's petition was an abuse of process as "it portrays that a sum of money is due and payable under the final award and purports to compute the money payable on a basis neither found in the arbitration award nor disclosed in the petition."

RIL submitted the affidavit in response to the government's move to the Delhi HC, seeking to block RIL selling a 20 per cent stake in its oil-and-chemicals business to Saudi Aramco for $15 billion, in view of dues of $3.5 billion in the PMT oil and gas fields.

The company's petition also said that the government has calculated on its own volition the revised figure of its share of profit from oil and gas production, allegedly due by extrapolating the purported finds.

An international arbitration tribunal issued a partial award in October 2016 in the dispute between the Government of India (GoI), BG Exploration & Production India (BG), and RIL regarding the Panna-Mukta and Tapti PSCs. The tribunal in its 2016 award determined certain issues of principle.

Pending the determination of all issues before it, appropriately, it did not award any monetary sums. Quantification of amounts, if any, by the tribunal is to be done when all issues have been decided.

Certain parts of the 2016 award were challenged by BG/RIL before an English court wherein it decided some parts of challenge in favour of BG/RIL and directed the arbitration tribunal to reconsider those parts of the 2016 award. The tribunal, having reconsidered, issued another partial award in December 2018, which was in favour of BG/RIL. While this challenge was pending in the English court, the government unilaterally calculated certain amounts, based upon its interpretation of the 2016 award, which the government alleges are payable by Oil and Natural Gas Corporation (ONGC), BG, and RIL.

RIL said pursuant to the 2018 award, the government's claim comes down very significantly - a fact which the government has not taken cognisance of and approached the Delhi HC prematurely for enforcement of its claim computed based on its interpretation of the 2016 award.

RIL maintained that except as quantified by the tribunal, no amount can be said to be payable at this stage. The government has challenged the 2018 award and the English court is yet to pronounce its judgment.

One of the most significant issues pending before the tribunal is an increase in the cost recovery limit under the PSC. The arbitration tribunal is scheduled to hear BG/RIL's application for an increase of PSC cost recovery limit next year. If the tribunal decides in favour of BG/RIL, then the government's computation of sums allegedly payable by ONGC, BG, and RIL is expected to further come down.

Final amounts payable, if any, by the parties (ONGC 40 per cent, BG 30 per cent, and RIL 30 per cent) can only be determined by the arbitration tribunal in the quantification phase of the arbitration which will be scheduled after it has decided on all the issues before it, it said.

ONGC, who was directed by GoI in 2011 not to participate in the arbitration proceedings but be bound by the award, wrote to the stock exchanges in May 2018 that the government's demand is premature. The 2016 award, in part superseded by the 2018 award, cannot be said to have attained finality and attempts to enforce the 2016 award are premature, RIL said.