Project completions showed some improvement during the September quarter - it rose to Rs 31,447 crore from a record low of Rs 24,029 crore in the preceding quarter 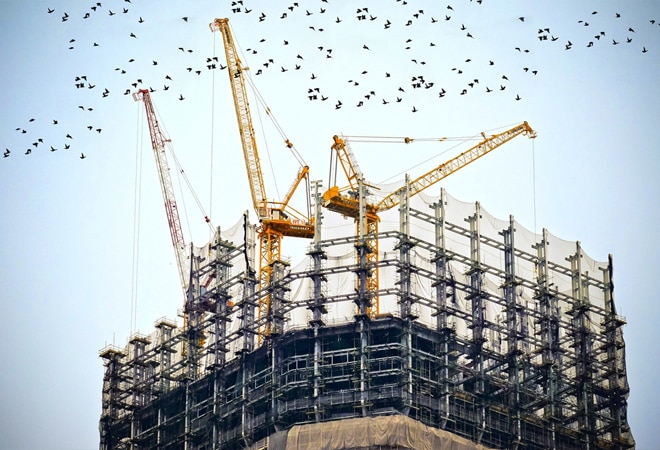 New investment proposals worth Rs 58,689 crore were made in the September quarter of 2020. These were a tad lower than the new investment announcements of Rs 69,054 crore made during the June 2020 quarter of this fiscal when the country entered into the strictest phase of the lockdown. Projects worth Rs 32,845 crore were announced in the private sectors while government proposals stood at Rs 25,844 crore during the said quarter. On an average, quarterly new investments in India had remained much higher at Rs 3.6 lakh crore in two years prior to the lockdown, showed the CMIE analysis.

ALSO READ: 10 minutes to Bengaluru airport? Possible, but not so soon

Meanwhile, project completions showed some improvement during the quarter - it rose to Rs 31,447 crore from a record low of Rs 24,029 crore in the preceding quarter. These, however, were still substantially lower than the completions worth Rs 84,809 crore seen in the year-ago quarter and the average quarterly completions of Rs 1.5 lakh crore recorded in two years before the lockdown. 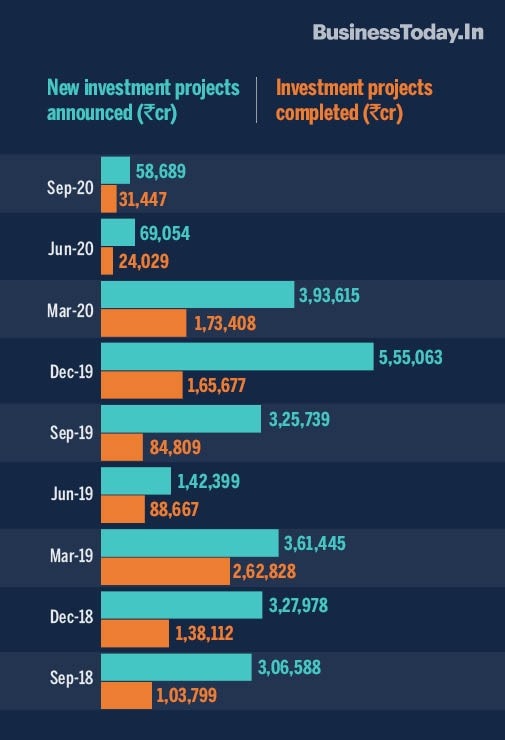 Surprisingly, projects worth only Rs 7,957 crore were stalled, abandoned or shelved during the second quarter of the current fiscal compared to investments worth Rs 11,265 crore and Rs 76,472 crore getting stuck in the preceding two quarters. However, stalled projects worth Rs 29,755 crore were revived during the July-September period compared to investments of Rs 42,676 crore being revived in the corresponding period last year.