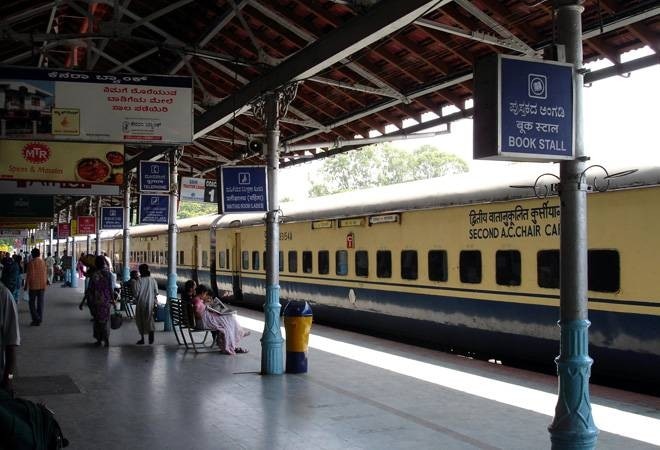 Union Minister Piyush Goyal on Sunday inaugurated and dedicated as many as 88 Railway projects to the nation worth more than Rs 1000 crore to make Indian Railways future ready. The Railway projects include a host of infrastructure projects, projects related to passenger amenities and facilities at various railway stations in Kerala, Tamil Nadu, Madhya Pradesh, West Bengal and Karnataka. The Railway Minister also flaged off Rewa- Itwari train via video conferencing.

The minister said the inaugural of these projects demonstrates speed of execution of various service-oriented passenger and freight projects that Railways is carrying out across nation.

While inaugurating the rail projects in Kerala through video conferencing, Railway Minister Piyush Goyal said that it's important to improve connectivity in the state which is a keeper of Indian Heritage and for the railway passengers using the various amenities in the state. "Our effort is that we give a big lift to the infrastructure to the railways in Kerala. We give a boost to the facilities connecting Kerala with the rest of the country. We ignite more economic activity in the area and transform the railway network through the state of Kerala. The budget being allocated for Kerala is continuously increasing year on year. We are committed to having a vibrant railway network across Kerala in the days and months to come," he added.

At two stations in Kerala, Thiruvananthapuram Central and Thrissur, airport type illumination of covered platforms has been provided at a total cost of Rs 42 lakh.

As per the railway ministry, platform raising works have been completed at Tanur at a cost of Rs 1.39 crore for ease of boarding and deboarding of passengers especially the elderly and divyangjan passengers. Under energy efficient and power saving measure, 100 Kwp Solar Plants have been commissioned in Thrissur and Thiruvananthapuram at a cost of Rs 42 lakh.