The Railway Ministry, in its 100-day plan, proposed that private operators will run trains on inter-city services on 14 routes, while 10 on overnight and long distance routes, and four suburban services 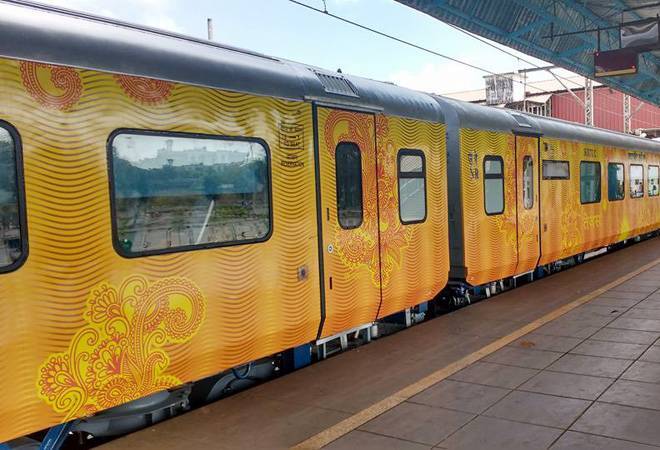 In a bid to provide better amenities and services to passengers, the government may soon start leasing out its passenger corridors and branch lines to private players on several important routes, suggested media reports.

The Ministry of Railways is mulling to rope in private operators through ticketing arm Indian Railways Catering and Tourism Corporation (IRCTC), to run the trains, marking the first step towards privatising operations of the world's fourth largest rail network.

The Railway Ministry, in its 100-day plan, had proposed to bring in private train operators on key routes. The ministry has already granted operations of two of its luxurious Tejas Express trains on Lucknow-New Delhi and Mumbai-Ahmedabad routes to IRCTC. The company will operate on these routes on haulage concept, as well as provide ticketing and onboard services. On Monday, the railways announced that the Delhi-Lucknow Tejas Express will be operational from October 5. This would be the first train that will be fully run by the IRCTC.

The 100-day plan also proposed that private operators will run trains on inter-city services on 14 routes, while 10 on overnight and long distance routes, and four suburban routes.

As per a railway ministry official, a meeting of senior railway officials under the chairmanship of Member, Traffic of the Railway Board will be held on September 27, to decide the operational issues regarding private operation of passenger trains.

The Railway Board had reportedly asked its different zones to identify potentially-viable and operationally-feasible routes for the introduction of privately-operated passenger trains by Friday. In a letter dated September 23 to all the zones, Principal Executive Director of Coaching of the Railway Board, A. Madhusudan Reddy reportedly stated, "As part of the 100-day action plan, the ministry has proposed that private operation of passenger trains be introduced to provide world class services."

"It is contemplated that the private operators shall induct modern passenger trains and operate them on paths allocated to them on payment of haulage charges. Thus in order to prepare the RFQ (Request for quote) and concession documents, it is necessary to identify the routes and the number of services that can be run," Reddy added.

US to soon have trade deal with India: President Donald Trump