The biggest central government employer Indian Railways had 2,59,369 job vacancies, Defence had 1,87,054 vacancies and Home Affairs had 72,365 vacancies, according to the data 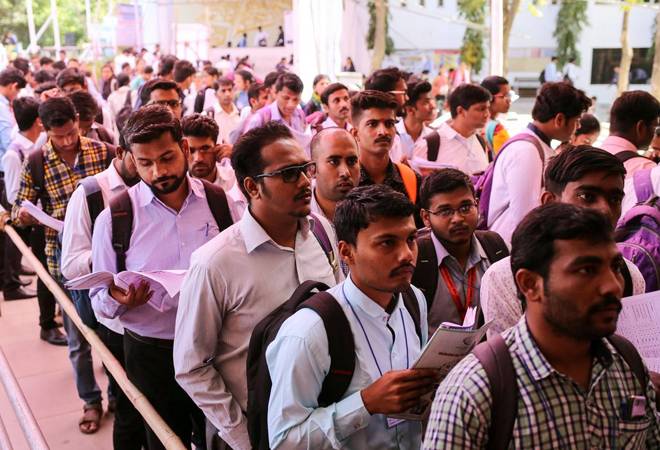 The govt added it has incurred Rs 1.90 lakh crore in 2017-18 on pay and allowances of the employees

There were nearly seven lakh job vacancies in different government departments as on March 2018. The Union Ministry of Personnel revealed this information before the Rajya Sabha on Wednesday.

The biggest central government employer Indian Railways had 2,59,369 job vacancies, Defence had 1,87,054 vacancies and Home Affairs had 72,365 vacancies, according to the data.

"Recruitment against vacant posts is a continuous process. By the time vacancies are reported by a department get filled up, some new vacancies arise," Minister of State for Personnel Jitendra Singh said. He also mentioned a role is 'deemed abolished' if the position remains vacant for more than two or three years. "Such posts are revived based on the functional justification," he added.

Furthermore, total number of employees on payroll saw a decline since 2014 though the number of sanctioned posts increased by 1.57 lakh (appprox).

Based on the vacancies reported by the user departments, the Staff Selection Commission (SSC) has started recruitment process to fill up 1,05,338 posts during the year 2019-20, Singh said. During 2017-18, centralised employment notifications (CENs) for 1,27,573 combined vacancies of various group 'C' and Level-1 posts were notified by the Ministry of Railways - for new and future vacancies to arise in two years time, he said.

Another five CENs covering 1,56,138 vacancies of various Group 'C' and Level-1 posts were issued in 2018-19, the minister said. The Department of Posts have also conducted examination/notified to fill up 19,522 vacancies, other than those to be filled up through SSC, in various grades, he said, adding that "recruitment process to fill up 4,08,591 vacancies by the SSC is in progress".