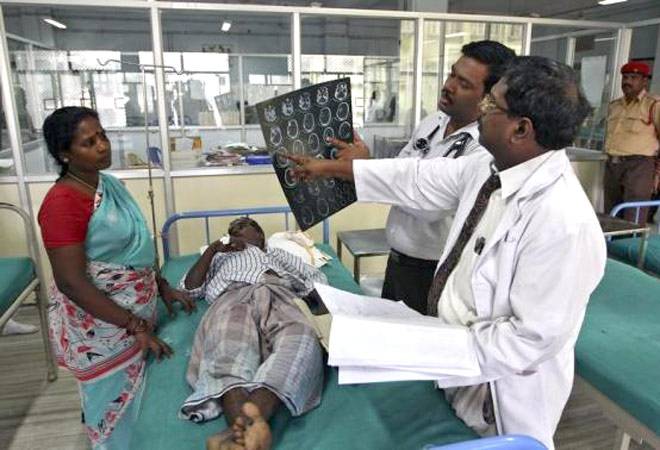 Called Tomotherapy, the  equipment, the second such in the country (HealthCare Global Entreprises, the chain of cancer care hospitals headquartered out of Bangalore had installed one early this year) , enables precise cancer treatment by tightly conforming the radiation dose delivery to the shape of the tumour. With a built-in CT scanner, its design helps in treating a wide range of cancers from routine to most complex and from any region in the body from head to toe.

Tomotherapy was introduced by the Tatas into India when it was first installed at the Tata Memorial Centre in Mumbai almost a decade ago. But this (the ones put in place by HCG and Apollo) is being marketed as the new age version called Tomotherapy- H (for Helical). The newer machines are said to be faster, more precise and can even re-treat large size tumours. Also, more hospitals are today planning to add this and the talk in the industry is that the next few months will see India having in all close to half a dozen such machines across some of the leading hospitals.

Explaining later to Business Today, Dr P. Vijay Anand Reddy, Director of the Apollo Cancer Institutes, said, "It can work well in any patient who requires a complex  treatment and cancers of the breast, spine, brain, prostrate, lung, rectal and cranio-spinal radiotherapy  can all be treated with great precision and minimal side effects." On the costs, he said while the equipment cost would be in the region of around Rs 22 crore, a typical treatment cost could be in the region of Rs 3.5 lakh to Rs 4 lakh.

The facility was inaugurated by K.T. Rama Rao, the minister holding several portfolios in the Telangana government but associated more with the IT portfolio that he has held since inception of the Telangana government. Pullela Gopichand, the coach of leading badminton champions and Olympic medal winners like Saina Nehwal and more recently P.V. Sindhu was the guest of honour along with Sindhu, the  Olympic silver medalist, herself. Prathap Reddy also handed over a cheque of Rs 5 lakh to Gopichand for his badminton academy.

'TPP to have serious implications for pharma industry'