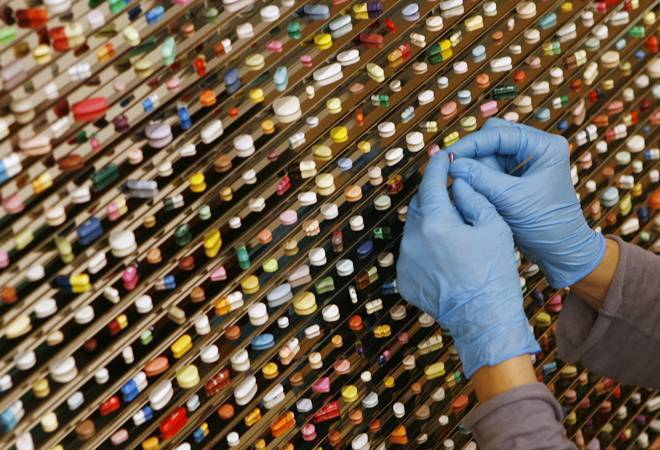 Pharma companies are unlikely to sustain the healthy operating performance reported in the first quarter as they will lose the margins booked during the global lockdowns, says a report.

The pharma companies cumulatively saw their pre-tax margins rising by 306 basis points (bps) on an annualised basis and 551 bps sequentially in the first quarter due to better prices and lower expenses both due to the lockdowns, according to a report by India Ratings on Monday.

"We do not expect domestic pharma companies to sustain the healthy operating performance reported in Q1 because with global unlocking, both operational expenses and active pharmaceutical ingredient (API) prices will normalise, leading to lower margins, the report said.

The healthy performance in Q1 is due to the strong revenue growth in the API business and lower operating expenses. The API business revenue grew 31 per cent annually and 18 per cent sequentially in Q1, as demand from global and domestic formulation players remained robust, which helped their pricing power, the report noted.

The restricted movement of medical representatives and other cost savings due to the lockdown saw operating expenses declining 8 per cent y-o-y and 19 per cent q-o-q in the quarter, which boosted bottomline.

Strong numbers are in spite of the export-led domestic players seeing muted performance in their key markets of the US and other Western market wherein their q-o-q revenue declined in Q1.

The US business was hit by channel filling in Q4 of FY20 and patients staying away from hospitals and clinics due to the pandemic resulting in q-o-q decline in revenue.

Also, their domestic business was hit due to a sharp decline in the acute therapy portfolio while the chronic segment continued to see moderate growth, led by a continued demand for cardiac and anti-diabetic products.

The report sees a likely moderation in API business growth rates, which was high in Q1 because of exports. Domestic API players benefited from the focus on supply chain continuity for customers and better inventory management in view of supply disruptions from China and the run up in the prices.

There was an element of channel stocking as well, supporting growth, the report noted.

"As the global economies reopen, procurement strategies are now gradually being recalibrated and are looking at gradually diversifying their procurement sources away from China or seeking alternative sources," the report said.

Another plus point is that the price sensitivity among formulation players is coming down as they ensure availability over price in view of the threat of supply chain disruptions.

"While these factors will play out over the medium to long-term, we expect growth in API business to taper off in the near-term as companies normalise their buying patterns. We also expect the price correction to play a role, as the sudden demand has spiked prices of some APIs and this will is likely to be normalised now," the report said.

Another reason for lower margins going forward is the rise in expenses which was down in Q1. Decline in operating expenses was primarily due to a 19 per cent q-o-q decline in selling expenses. These were lower in Q1 due to the curtailed travel costs and promotional expenses amidst the lockdown.