SBI is now the first bank in the country to link its savings deposits rates and short-term loans to the RBI's repo rate. The interest rate applicable on SBI savings account deposits over Rs 1 lakh is now 3.25 per cent from 3.5% till yesterday 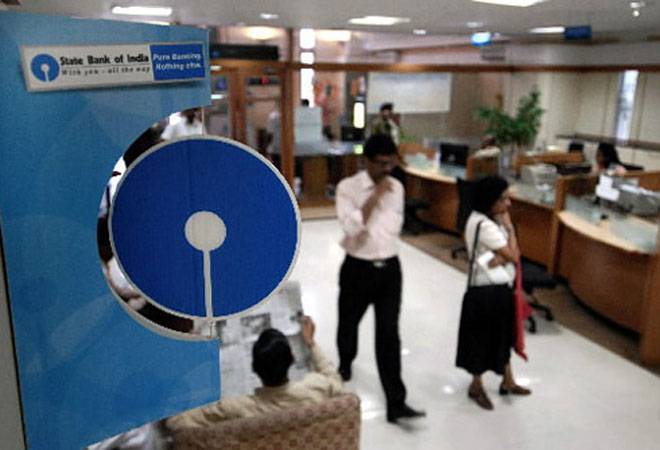 The State Bank of India, in a first, starts linking its loan and deposit rates for large accounts to the Reserve Bank of India (RBI's) repo rate from today. The new interest rate plan applies only to savings accounts deposits with a balance over Rs 1 lakh and short-term loans. While this rule is expected to make loans cheaper, some SBI customers will see the interest rate on their savings bank account dip. Here's all you need to know about the new regime:

Indian banks have hitherto finalised their loan interest rates by following a system of internal benchmarks, including Prime Lending Rate (PLR), Benchmark Prime Lending Rate (BPLR), Base rate and Marginal Cost of Funds based Lending Rate (MCLR). But in March, the country's largest bank had announced that it would be linking its savings deposits rates and short-term loans to the RBI's repo rate from May 1 with an aim to ensure faster monetary transmission.

So the interest rate applicable on SBI savings account deposits over Rs 1 lakh as well as that applicable on short-term loans will now change automatically every time the regulator hikes or lowers its repo rate, which is the lending rate at which banks borrow from the RBI.

It is the first bank in the country to adopt an external benchmark rate to the fixed rates. The SBI believes that the new system will help in more efficient integration of RBI's policy rates in the banking system.

How does this affect SBI customers?

To begin with, large SBI savings deposit accounts will earn lower interest as compared to those with lower balances. According to SBI's website, the interest rate on savings bank accounts with balances above Rs 1 lakh will be 2.75 per cent below the RBI's repo rate. Since the latter currently stands at 6 per cent after two back-to-back cuts, the effective interest rate on large accounts works out to 3.25 per cent.

But till April 30, the SBI was offering 3.5 per cent interest for deposits up to Rs 1 crore and 4 per cent for deposits above Rs 1 crore. The good news is that the new development does not affect small accounts - SBI savings bank account holders with less than Rs 1 lakh balance will continue to earn 3.5 per cent interest on deposits. "SBI will exempt savings bank account holders with balances up to Rs 1 lakh and borrowers with CC/OD limit up to Rs 1 lakh from this. This has been done to insulate them from the movement of external benchmarks," said SBI, which controls nearly a quarter of the banking system.

Similarly, all cash credit accounts and overdrafts with limits up to Rs 1 lakh - short-term loans - will now be linked to the RBI's repo rate, plus a spread of 2.25 per cent. This takes the total interest rate to 8.25 per cent. In addition, the bank said it would also charge a risk premium "over and above" the floor rate, as per the current practice.

Why has SBI made these changes?

In December 2018, the RBI had proposed that floating interest rates on personal, home, auto and micro and small enterprises (MSEs) loans should be linked to external benchmarks like repo rate or treasury yields, from April 1, 2019. Although the regulator subsequently deferred the deadline, saying it will hold further discussions with banks on linking interest rates, SBI has taken the lead in this direction. It remains to be seen if other banks follow its lead.

Jet Airways employees: Who is hiring how many?