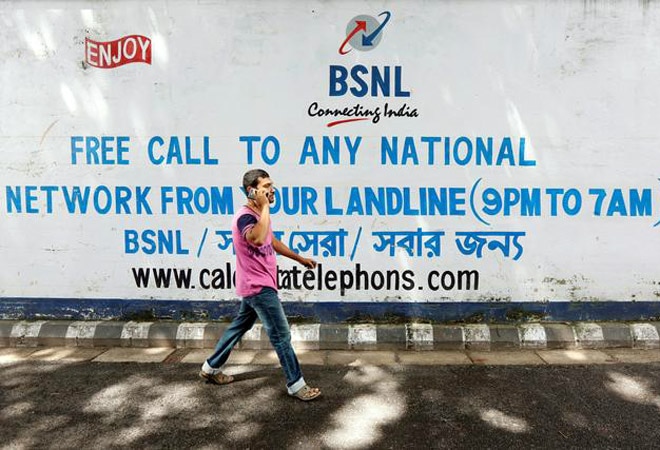 BSNL is the only company, apart from Jio, that has regularly gained mobile customers

BSNL Employees Union has urged the company's chairman and managing director to hold regular interactions with the unions, like his predecessor did, for early revival of the loss-making public sector firm.

BSNL CMD PK Purwar, however, said he keeps meeting unions, employees and even individual employee for their suggestions and advice.

In a letter to Purwar, seen by PTI, the union said in mid-2016, BSNL management, under the then CMD Anupam Shrivastava showed inclination to involve unions and associations in the management's initiatives "night free calling" and "all India free roaming" where employees went beyond their duty hours to popularise the schemes resulting in increase in company's subscriber base.

"When AUAB (Unions and Associations of BSNL) decided to organise the "Service with A smile" movement, the then CMD BSNL, Anupam Shrivastava ji, was kind enough to get that movement kickstarted through a huge meeting held in the corporate office premises.

"However, we regret to say that the coordination between the management on one side and the unions and associations on the other side, has become a story of the past," BSNL EU said.

When contacted, Purwar said "I always meet both unions and associations as well as individual employees to seek their valuable suggestions , support and advice."

BSNL EU on the other hand said it has insisted BSNL CMD on many occasions and alleged that he has been reluctant to have regular interactions with unions and associations as was done in the past.

It added that the management's mindset of viewing the unions and associations "as a headache" should be shed.

"We urge upon you to restart the practice of having regular interactions with the unions and associations for the sake of involving employees for the early revival of the company," BSNL EU said.