How Airtel Ads plans to eat into Google, Facebook ad revenue with its premium inventory

Airtel has a customer base of 320 million and has access to data as minute as what its consumers spend on and where they spend, it also has details of their geographic location 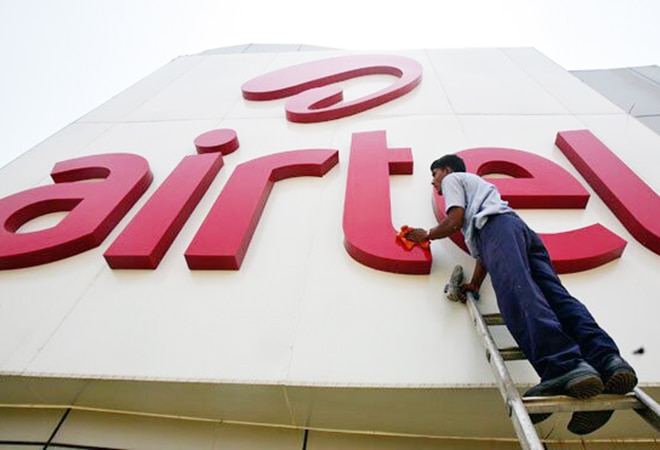 Although Airtel is the first telco to launch its ad tech platform, Jio is also known to be experimenting with advertising

Telecom major Bharti Airtel recently announced the launch of its ad tech platform, Airtel Ads. The often-asked question in the past few days has been whether it will be similar to the ad tech platforms of Google or Facebook? Airtel Ads is surely a competition to Google and Facebook, but its ad inventory is expected to be priced at a premium. Although the two American tech giants bag over 85 per cent of India's digital ad dollars, industry experts believe there is indeed a market for premium digital advertising inventory.

"Advertisers are looking for premium inventory, as the click-through rates and performance on Google and Facebook are not very encouraging. There are too many ad placements and as a result, there are a lot of random clicks that don't make sense," says Mukesh Agrawal, Co-Founder, Media Ant.

The advantage Airtel promises to offer is more accurate targeting and that would come at a premium. "Google's display ads runs on third-party platforms and thereby give advertisers a wider reach, but it is difficult to find out if those ads have got the desired traffic. The ads served on Airtel are expected to be far more targeted, and the platform is also less cluttered. This will be especially useful for smaller brands that want to reach out to a specific set of audience," Agrawal further explains.

Airtel has a customer base of 320 million and has access to data as minute as what its consumers spend on and where they spend, it also has details of their geographic location. "These facets will enable advertisers to serve targeted ads based on geography. If an advertiser wants to invest in hyperlocal advertising, say, target consumers living in DLF Phase-4 in Gurgaon, it will be able to do so better on a telco's ad platform," says Lloyd Mathias, Angel Investor, Business & Marketing Strategist. Mathias expects ad tech to emerge as a strong source of revenue for the telco. "Voice has become commoditised, therefore they first forayed into content through platforms such as Wynk and now into advertising. It's a natural progression," adds Gautam Mehra, Chief Data & Product Officer, APAC and CEO, Dentsu Programmatic, South Asia.

Adarsh Nair, Chief Product Officer, Airtel, says that Airtel Ads is built on three pillars - a platform that understands the Indian consumer, promise of superior conversion, and guarantee against ad frauds. Nair claims that none of his competitors understand the nuances of Indian consumers as well.

He cites the example of mobile education company, Vahan. "Vahan has a technology company which is trying to find jobs for blue-collared workers. How do you find these people and connect them to a service like Vahan so that they can find a job for them? Being a telco, we have data that will help you understand not just people with high incomes but also people like blue-collared workers," he claims.

Over 20 per cent of digital ad spends, according to Nair, gets wasted. "The consumer may be clicking on an ad, but it may not be relevant to him/her, but the moment the click happens, the advertiser has to pay. The advertiser pays without any guarantee of results," he says, claiming that Airtel Ads would ensure customer privacy and zero ad fraud. In fact, marketing strategist, Mathias, says the biggest risk to a telco ad platform would be that of consumers being spammed with advertising. Nair says the ad platform will not serve ads to the consumer without his/her permission. "If you are looking for brilliant customer experience and a network that really cares for the customer without ad fraud or any other worries, Airtel would be the platform of choice."

Though Nair confirms that Airtel Ad would charge a premium to advertisers (cost per minute on a platform such as Facebook is in the region of Rs 40), he is not willing to divulge how much the premium would be. "We will definitely come at a premium as we are talking about a 320 million reach, our ARPU base is the highest (Rs 166) among the telcos, we have the highest consumption of data as well as high-quality customers. However, we want to be competitive in terms of the network. When we go to marketers and have a conversation, they are willing to pay us a 20 per cent premium, but it's hard to say if that will be a fact all the time."

Although Airtel is the first telco to launch its ad tech platform (and will serve ads across its mobile, DTH, and home service businesses), Jio is also known to be experimenting with advertising. With its formidable reach of over 400 million telco consumers and its myriad touchpoints across retail and entertainment, it has all the ingredients of being a compelling ad tech platform.

"India is a supply surplus market, but it has a few operators who give strong signals such as verified demographics. It's good to see more players coming in," says Mehra of Dentsu.

While it will take a while for Airtel Ads to be as big as Google or Facebook, industry experts believe it will surely eat into their shares.